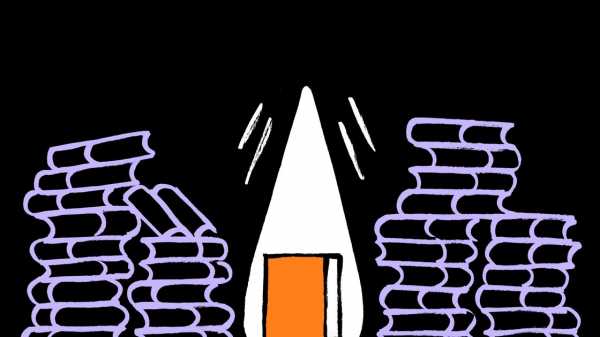 I encountered one masterpiece this year—Walter Kempowski’s epic novel “All For Nothing” (New York Review Books), which was published, in German, in 2006, and translated into English by the late and much-missed English translator Anthea Bell. What an amazing book this is: it was excitedly put into my hands by a writer friend, and I’ve been handing it on, in turn, to anyone who’ll listen to me. It recounts the last few months of the Second World War, as witnessed by the members of a privileged and politically indifferent German family, who are hunkered down in their country estate in East Prussia. They are not isolated: visitors warn them that the Russians are less than a hundred miles away, on the Eastern Front; from the house they can see, on the road, the steady exodus westward, as ordinary Germans flee toward the comparative safety of Berlin and the Reich. They know that the game is up, that Germany has been defeated, and that they, too, will eventually have to join that forlorn human traffic. But for now the prospect seems impossible, too formidable to countenance—and so they stay another hour, another day, another week, in the fine old house, and watch less fortunate people pass by their windows.

What’s remarkable is that Kempowski recounts this grave story almost in a spirit of lightness, with a slightly ironic distance and a quiet, steady humor. (He loved the great nineteenth-century German realist Theodor Fontane, the author of “Effi Briest,” who is gently ironic and humorous; and you can see the influence of both Fontane and Kempowski on the contemporary writer Jenny Erpenbeck, whose last novel, “Go, Went, Gone,” dealt coolly with grievous material.) I don’t quite know how Kempowski pulls it off, but the result is a book at once searing and utterly unsentimental, a historical epic that doesn’t attempt to hide the fact that it is being written in the twenty-first century, decades after the events.

I wish I had written about Catherine Lacey’s first collection of stories, “Certain American States” (Farrar, Straus & Giroux). She seems to me one of the most exciting discoveries of the year, a young writer whose radiant voice will be sounding in our literature for many years to come. Like Lydia Davis and Grace Paley (whom she sometimes resembles), Lacey can travel a great distance in a single paragraph or just a single sentence; and like those writers, she’s masterly at using the unreliability of her narrators to suggest worlds of repressed confusion and poorly contained grief. Sprightliness quickly curdles into spilled emotion. Here is the first paragraph of “Because You Have To”:

The telephone hardly ever rings but when it does, there is a good chance it is someone asking me how I am, and if I had really tried to answer the question I suppose I could say I’m doing as well and as terribly as I ever had been, but if you stop answering questions, people stop asking them, and if you stop answering the phone, it eventually stops ringing.

My favorite story might be “Please Take,” which balances on a knife edge between reality and fantasy. (Lacey manages cleverly to embed the Paleyesque phrase “enormous changes at the last minute” into this tale.) The narrator is clearly in great distress, because her husband has left her. She has put his clothes out on the sidewalk, and, piece by piece, they have gone:

But Adrian did not go as slowly. He went all at once. Here, then not. That was weeks earlier, a month even, a month and a half. You know, time passes strangely in times like that. You look up and think, Wasn’t I just married last year? No, that was five years ago. Wasn’t I just walking down Arabella when a bird landed on some crape myrtle, shaking white flowers on my head—no, that was decades ago, a childhood memory you keep close by for no reason.

But as the story progresses, it’s less and less clear whether Adrian has died, has just walked out on his wife, or is right beside her, locked into their dead marriage: “It may be we do not live in the same world at all.” What is palpable, and not fantastical, is the narrator’s appalling distress, which grins like a skull beneath the surface humor. Susan Sontag said of Paley that she was a natural, “with a voice like no one else’s: funny, sad, lean, modest, energetic, acute.” Those words will do well for Lacey’s début, too.

Two nonfiction books excited me this year, and both received far less attention than they should have done. Ironic, given that one of them, by the gifted novelist Joshua Cohen, is called “Attention” (Random House). It’s a large gathering of journalism, essays, and reviews—work of the last two decades or so. It’s customary to praise the range of such books, which I will now do, with justice: there’s a fabulous piece about Atlantic City (where Cohen grew up); a funny analysis of Bernie Sanders’s style; an open letter to the photographer Stephen Shore; a spot-on dissection of Slavoj Zizek (whose tireless productivity, Cohen says, is weirdly analogous to the “very subject he’s always critiquing: global capital”); long essays on Bohumil Hrabal, H. G. Adler, and Georges Perec; and extracts from Cohen’s diaries and notebooks. But what thrilled me was the imaginative and transfiguring attention Cohen pays to everything he touches. On Sanders: “He has the rhetorical range of a CPA who spends his lunch break counting heart pills or jelly beans.” On Trump: “He’s the steak-n-taters CEO, not an asexual vegan baby of the algorithm revolution.” There’s so much pleasure in Cohen’s sentences. A single entry from one of Cohen’s diaries reads, “Odessa Geography: Wherever an ashtray is, is the center of the table.”

This year, I’ve been thinking quite a bit about the essay, and rereading Montaigne and James Baldwin, so Brian Dillon’s superb study, “Essayism” (New York Review Books), fell into receptive hands. It’s short, digressive, teasing, dilettantish, circular, and it reads like some delicate, wandering combination of Roland Barthes’s “Camera Lucida” and E. M. Cioran’s longer aphorisms. Dillon starts, like everyone else, by trying to define the essay—good luck to him—and then gently abandons that impossible task in favor of describing and analyzing favorite passages from writers such as Virginia Woolf, Elizabeth Hardwick, Joan Didion, Susan Sontag, and Cioran himself. As he examines his examples of essayism, and steadily reveals more of himself, so his own work joins those cherished selections, enacting in sentence after fine sentence the theory it modestly abjured.