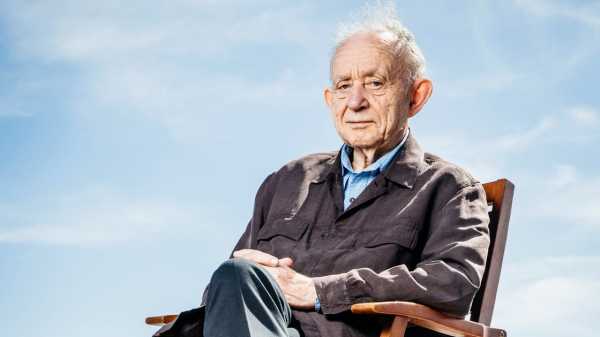 This Saturday, October 6th, at 10 A.M., at the SVA Theatre, I’ll have the privilege of interviewing the documentary filmmaker Frederick Wiseman as part of The New Yorker Festival. Wiseman, it is safe to say, has the most illustrious career of any documentarian in the history of cinema. He has been working at a pace of nearly a feature a year since 1967, and many of his films—such as “Hospital,” “Welfare,” “Domestic Violence,” “In Jackson Heights,” and his first, “Titicut Follies”—rank among the most revealing, original, and insightful documentaries ever made.

It’s a commonplace to say that Wiseman’s films are, for the most part, cinematic analyses of institutions—which is to say, the intersection of individuals with the laws, the rules, the systems, the communities in which they participate, that shape their lives, and that, whether voluntarily or not, they help to shape. Even in their most intimate settings, they’re political films—and his most recent film, “Monrovia, Indiana,” which played at the New York Film Festival last weekend and opens, at Film Forum, on October 26th, is perhaps the most ferociously political of them.

It’s a movie that defies expectations. In its simplest contours, it’s the story of a Cambridge, Massachusetts-based liberal filmmaker who visits a rural Midwestern neighborhood in the aftermath of the 2016 election—a premise that promises, or threatens, to follow the journalistic stereotype of highlighting white men wearing trucker hats in diners saying why they voted for Donald Trump. As it turns out, “Monrovia, Indiana” is nothing of the kind—but it’s very much a movie of post-election inquiry.

Wiseman, in fact, listens to many of the residents, men and women alike, younger and older (and almost all white), as they go about their business and their pleasure. Wiseman is looking for the life of the town—in classrooms, in churches, in local-government offices, in the meeting rooms of social clubs, at work on farms and in various businesses, and at a batch of public events ranging from the festive and the frivolous to the solemn—and what he catches, above all, is a tone of exhaustion. “Monrovia, Indiana” is a portrait of local society that, despite a few glimmers of vitality, is in decay; it’s a vision of the death of the American soul. I called it furious, but it’s also terrifying. At least, so it seems to me; I have no idea whether Wiseman thinks about his movie this way, and I’ll be asking him about it in the course of our discussion this weekend.

Shopping Mall Near Kremlin Evacuated Over Bomb Threat Ahead of Election...