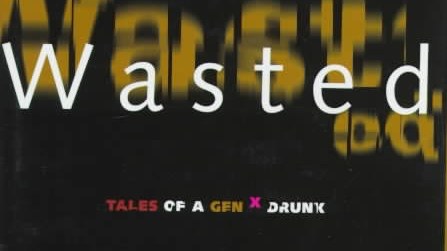 The most talked-about book in America—Mark Judge’s “Wasted: Tales of a Gen X Drunk”—is one of the rarest books in the land. One day after Brett Kavanaugh danced around questions from Senator Patrick Leahy about the vomit- and blackout-filled incidents recounted in Judge’s book and attributed to a character named Bart O’Kavanaugh—anecdotes that Kavanaugh called “fictionalized”—you couldn’t buy a copy online of “Wasted” for love nor money.

The last known available copy of the memoir in the U.S. available on the Internet sold Friday afternoon, for eight hundred and fifty dollars. According to eBay, the listing for the two-hundred-and-fifty-page memoir was getting seventy-one views per hour before a seller named Lostabet received a winning bid. Searches of bookseller databases, including Amazon, Barnes & Noble, AbeBooks, Google, and dozens of other sites turned up only one other listing, via Bookfinder.com, on Amazon’s store in France, for a bargain price of two hundred and twenty-six dollars. But even that was a dead end, as clicking through to the actual listing takes users to a page missing a “buy” button.

This is frustrating news to anyone looking to go beyond the heated exchange during Thursday’s Senate Judiciary Committee hearing, when the Vermont senator asked the controversial Supreme Court nominee if he was the soused character in “Wasted.”

“Are you the Bart O’Kavanaugh that he’s referring to? Yes or no?” Leahy said.

“You’d have to ask him.” Kavanaugh responded. And, given Senator Jeff Flake’s surprising reversal on Friday, the F.B.I. very well might.

So how many copies of “Wasted” are there? And where have they gone? A representative for Hazelden Publishing, the nonprofit that released the book in 1997, said he did not know offhand what the initial print run of the book was. But we can make an educated guess. “I would think that selling a few thousand copies of a self-help book like that would be a reasonable success for a small press like that,” a publisher of a major New York imprint said. That might be optimistic. A Nielsen BookScan sales report reveals that eighty sales of “Wasted” have been “Recorded to Date,” which is dataspeak for “since the book was published.” That number, however, is likely misleading, since BookScan, which tracks sales for an estimated seventy to eighty-five per cent of U.S. book retailers, launched in 2001, and the sales tracking for small presses in the early days of BookScan may have been spotty, according to industry sources.

The recent scandal has lifted sales of the e-book edition of Judge’s “A Tremor of Bliss: Sex, Catholicism, and Rock ’n’ Roll.” (It was No. 1,340 on Amazon on Friday evening). And BookScan reveals that the biggest seller among Judge’s five titles is the hardcover edition of “Damn Senators: My Grandfather and the Story of Washington’s Only World Series Championship,” which sold 1,268 copies. (The paperback has sold 1,044.)

Don’t expect Hazelden to rush the book back into print and offer clues to the summer of 1982. “When the book went out of print, the rights reverted to the author,” Jeremiah Gardner, the director of communications and public affairs for the Hazelden Betty Ford Foundation, said. The most high-profile previous media appearance for “Wasted” did not, evidently, help sales. Writing for the June 29, 1997, edition of the Times Book Review, the critic Michael Newman called the memoir “naive and earnest” and concluded, “In the end, ‘Wasted’ does stand as a cautionary tale—not necessarily for alcoholics, but for anyone who wants to write about alcoholism.”

Given that judgment, curious readers may be grateful that the book is, for now, completely unavailable.

“No doubt Kavanaugh is, too,” the publisher said.

Why Democrats aren’t taking up a bill to neutralize Obamacare’s latest...