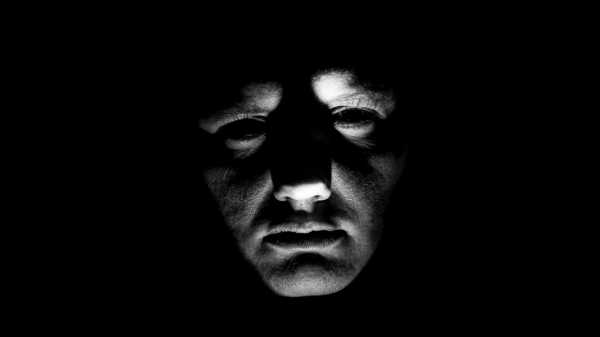 We have been trying to frighten one another with stories since storytelling began. Fairy tales, ghost stories, and legends of monsters, demons, and gods, from the minotaur to the Leviathan, from Count Dracula to Frankenstein’s creature: all these tales address our fear of the unknown, of the possibility that something other than ourselves—something inhuman, something post-human, something supernatural—might be more powerful than us, might be controlling the very world we live in. And yet, by making that fear palpable, by pulling it into the realm of fiction, of fantasy, of untruth, we find a way to control it, to take charge of it—to make the fright, the goosebumps, the cold sweat, the racing pulse pleasurable, a roller coaster that we know will eventually come to a stop so that we can get off. When better than Halloween, the time of year that imaginary ghosts and evil spirits roam free, to wipe the cobwebs off some of our scary stories from past issues.

“Over dinner, they’d discussed politics and failed relationships, then moved on to ghost stories. The guests were full, tipsy, and reluctant to go out into the rain. They’d heard about the boot steps on the stairs of the old Virginia fort, and the Northern California gold-rush-era hotel where female guests woke with hand-shaped bruises around their necks. A ghost story about a man’s life getting ruined seemed better. They leaned forward.” Read more.

“The blond guy said that in Campo Viera they’d told him a lot of other things about the bridge and the stream. ‘That whole area is strange,’ he said. ‘You see car headlights and then the cars never come, like they’ve disappeared down some road. But there are no drivable roads, it’s all jungle.’ ” Read more.

“I didn’t realize how exhausted I was until, turning the last corner, I found the center. The moon shone a straight beam into the clearing, which was about eight feet wide, with a depression in the dirt the size of a man. The trivet was straining toward the ditch. It took my whole strength to hold it back, and my strength was failing.” Read more.

“I may have fallen asleep. I’m not sure. What happened next was in the margin between dreams and full consciousness. I knew where I was and what I was doing, but my volition seemed to have been dialled down so that I could not move or speak. I saw the handle of the door, directly across from where I was sitting, start to move. It was easy to tell, because it was an irregular wooden handle and the pattern of light shifted on it as it turned. The door began, very gradually, to open.” Read more.

“She couldn’t make out his face. He was driving a pickup truck with white lettering on one side. He climbed down from the driver’s seat in the high cab and lurched toward her on the shadowy path—a tall male scarecrow figure with a misshapen Halloween pumpkin for a head.” Read more.

“Sometimes, when he saw her out there, Oghi felt a chill run through him. He didn’t know why at first, but after a while he understood. She wasn’t so much caring for the plants as inspecting them. The first thing she did was uproot them. Some were dead, but others were just waiting for spring. After uprooting one, she would peer into the hole it had left. Then she would dig a little deeper and crouch down to inspect again.” Read more.

“With each flash, the men grew more definite: their chins sharpening, cheeks ripening around their smiles. Dim brows darkened to black arcs; the gold of their eyes deepened, as if each face were receiving a generous pour of whiskey. Was it life that these ghosts were drawing from the camera’s light? No, these flashes—they imbued the ghosts with something else.” Read more.

Asymmetric Blowback: What Options Iran is Likely to Pick to Avenge...