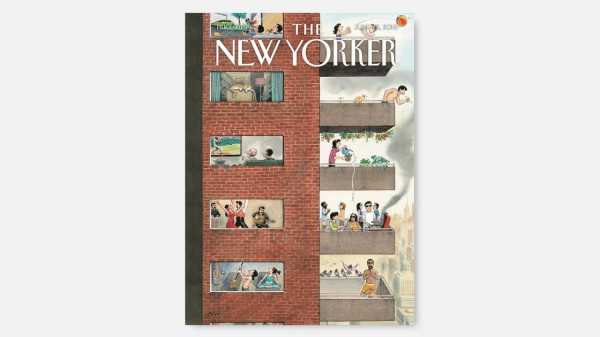 Harry Bliss contributed his first cover to The New Yorker in 1994. Since then, he’s drawn more than a dozen for the magazine, along with hundreds of cartoons; his strip, “Bliss,” is syndicated throughout the country. For this week’s cover, Bliss depicts the chaos and comedy of life in New York, as seen through a single high-rise building. We recently talked to the artist about the image and his influences.

You’re from a family of painters. Did you start drawing early?

Yes, I started drawing very early. In fact, for many years my mother proudly displayed a crude drawing I had done in utero on the refrigerator.

Your main trade is actually cartooning. Who are your influences there?

Well, I suppose my first major influence in cartooning was Charles Addams, and after that the list is too long to put down here. A select few would include Charles Schulz, Walt Kelly, Harvey Kurtzman, Jack Kirby, James Stevenson, Jack Ziegler, and Edward Gorey.

One of Charles Addams’s classic cartoons (left) inspired a cover by Bliss.

A lot of your work riffs on New York City, though you don’t live here. How do you get a sense for the city?

I get into Manhattan on occasion. My son lives in Brooklyn, so I get to see him now and again, never enough. I’ve spent a great deal of time in both New York City and Philadelphia—on and off for fifteen years. I now live in New Hampshire, but I’ve taken a piece of the city life with me, and that experience will always remain in my mind, no matter where I end up. As artists, we collect memories and experiences in our minds and hold onto them tight. We covet them. You never know when we’re going to need them for an image.

This cover plays with a lot of “private-life” scenarios. Were there any that didn’t make the final cut? 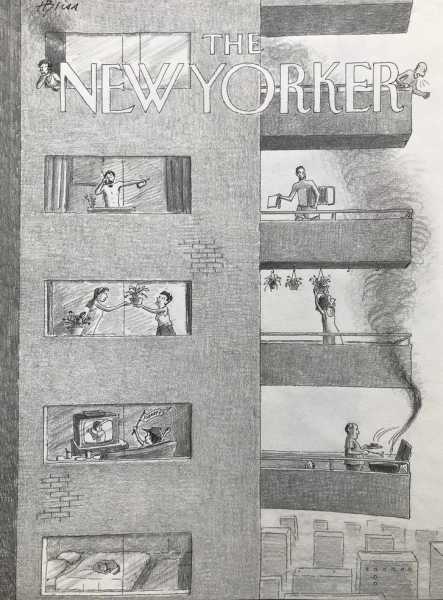 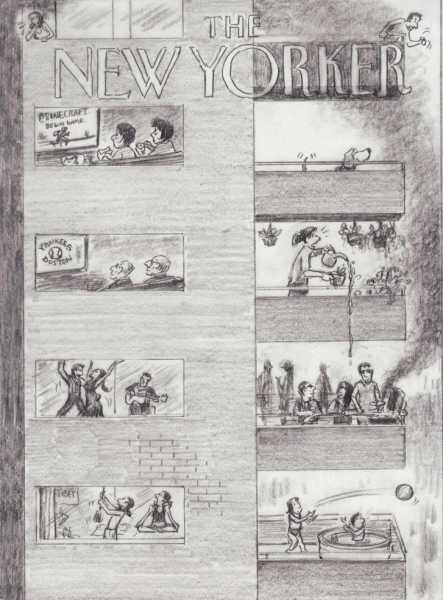 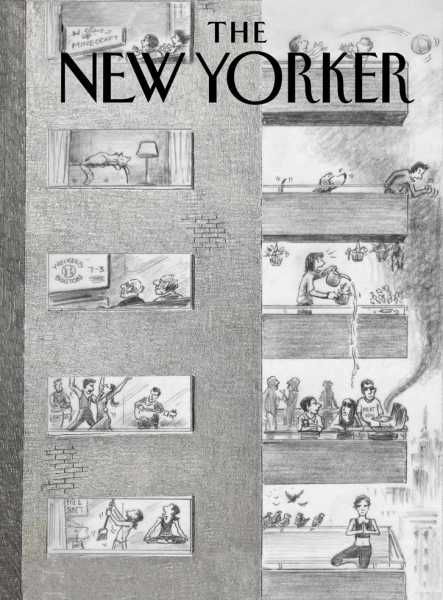 Bliss explored a variety of scenarios before settling on the final configuration.

You’ve spoken about your love for animals, and they feature often in your work. When did that start?

Yes, I am a lover of all animals. My work for PETA began in 2000. I live on top of a mountain now in New Hampshire, and I’m still waiting to meet up with a bear. They say if you encounter a black bear in the woods you’re supposed to yell and make loud noises and stand your ground, but I don’t think I could do that. I think I’d just go up to the bear and introduce myself, see if I could buy the bear a drink.

Your dog, Penny, comes up especially often. Is that her on the second balcony?

That is not my dog, Penny, on the balcony, and I wish you wouldn’t mention that dog to anyone, because I don’t want it getting back to Penny that I didn’t put her on another cover for The New Yorker. She will not be happy.

“Another Day, Another Egg” 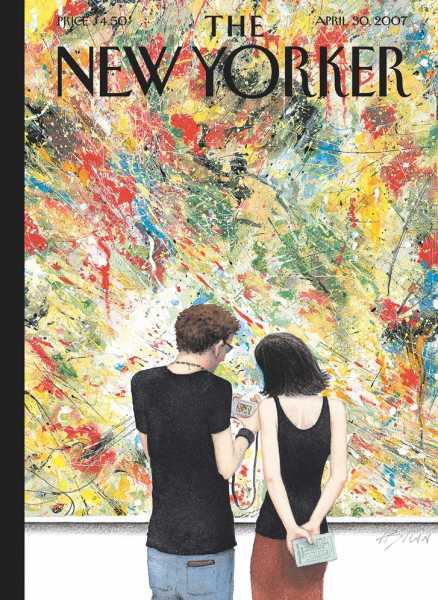 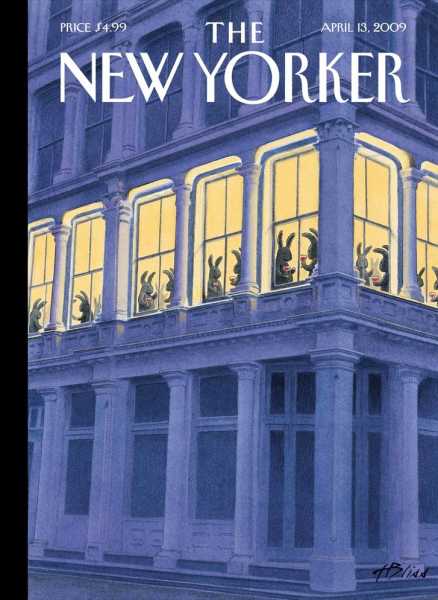 How World Prepares for Next Pandemic ‘Depends on the Leadership in...