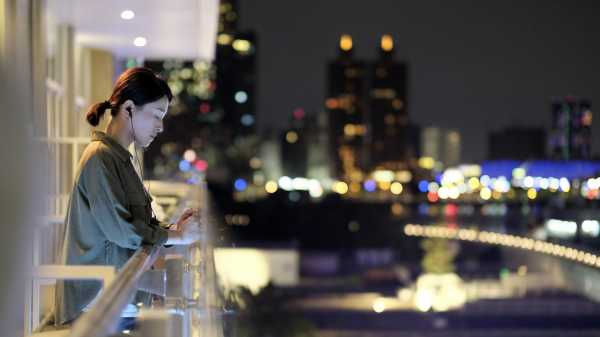 The New York Film Festival runs from September 28th through October 14th, at Lincoln Center; it’s the city’s leading showcase for the year in art-house movies. The list of films is copious, their quality wildly divergent, but its best offerings are in fact among the most worthwhile new movies I’ve seen all year. Among the films scheduled to be shown during the festival’s first week, the best dramatic feature I’ve seen (so far) is “A Family Tour,” directed by Ying Liang.

The Chinese-born, Hong Kong-based director Ying is one of the greatest living filmmakers, though his work (aside from a Lincoln Center retrospective in 2009) has largely flown under the radar. None of his films has ever screened at the New York Film Festival until now. “A Family Tour” is his first film in six years, and fully the equal of the others. It’s also the first feature that he has made outside China—he has been in exile since 2012. After making the film “When Night Falls,” which the Chinese government attempted to suppress and destroy, he knew that he’d be in danger if he returned. Ying has been living in Hong Kong since then; “A Family Tour” is set in Taiwan, and it’s a drama based on Ying’s own situation—a story of artistic urgency and personal conflict, the effort to maintain family life while evading the terrifying grasp of a tyrannical government.

Yang Shu (Gong Zhe) is a Chinese filmmaker who’s living in Hong Kong, on a series of temporary residence permits; her husband, Ka-ming (Pete Teo), an artist and festival programmer, and their young son, Yueyue (Tham Xin Yue), are citizens of Hong Kong. The family heads to Taiwan, where Yang’s most recent film, the one for which she was driven into exile, is being screened at a festival—and where Yang’s mother, Chen (Nai An), whom she hasn’t seen in five years (they’ve communicated only online), will be visiting with a tour group. (Chen has never met her grandson.) Yang, her husband, and her son have to pretend not to be related to Chen; they follow the tour bus in a taxi and claim to be only friends—because the tour-group leader, Ms. Peng (played by an actress called 33), is well aware of Yang’s disrepute and fears repercussions from the Chinese government.

Yang’s film, “The Mother of One Recluse,” is, like Ying’s 2012 film, “When Night Falls,” based on the true story of Yang Jia, who, in 2008, after being arrested on a petty charge and abused by the police, killed six officers. It’s told from the point of view of his mother, who wasn’t allowed to see him. In “A Family Tour,” the Chinese government asked Hong Kong to extradite Yang and tried to buy the copyright to her film in Korea. Now she is working on a new film in Hong Kong, about the Umbrella Movement of pro-democracy activists there, and the Chinese government is putting pressure on her there, as well: during the Taiwan tour, she learns that three of her film’s producers have disappeared, in all likelihood kidnapped to China by government agents.

Chen brings to Taiwan a tiny voice recorder, with which she surreptitiously recorded the police interrogating her after Yang went into exile; she gives it to Yang, who listens to it in bits and pieces throughout the film, and its contents are both terrifying and absurd. The police pressure Chen to lure Yang to return to China, and blame Chen and her late husband for Yang’s “anti-social and anti-government mentality.” Yang at first believes that Chen gave her the recording in order to make her feel guilty for the troubles that Chen is enduring in China. But, as mother and daughter negotiate their fiercely rekindled relationship, Chen reveals that her purpose was much simpler: to make clear to Yang how terrible political conditions are in China, and to warn her not to come back. Meanwhile, in the course of the tour, specifics of stifled political conflicts are brought to light, from the anguished legacy of the Tiananmen Square Massacre to local activism in favor of Taiwan's independence from China.

Yang tells hosts and journalists at the festival, “I suppose what you call politics is really just a personal choice. Of course that is the most important kind of politics, especially in a country without civil rights.” “A Family Tour,” which dramatizes the intimate implications of those choices, is unflinching, probingly analytical, and fiercely angry. Ying has an apocalyptic imagination. In his earlier films, he depicts environmental catastrophes as an inevitable result, and symbol, of the regime’s depravity and impunity. Here, catastrophe intervenes at an intimate level, in the form of illness. Ying observes oppression at work in even the most casual and habitual interactions, as if seeing how it seeps into the bones and wearies the soul of the oppressed, and he films these interactions under the piercing brightness of sunlight. If politics were enough, “A Family Tour” would suffice as a hard-won work of freedom in the face of unjust authority, as an act of revelatory declaration in the face of enforced silence. But Ying’s film is also a work of beauty. 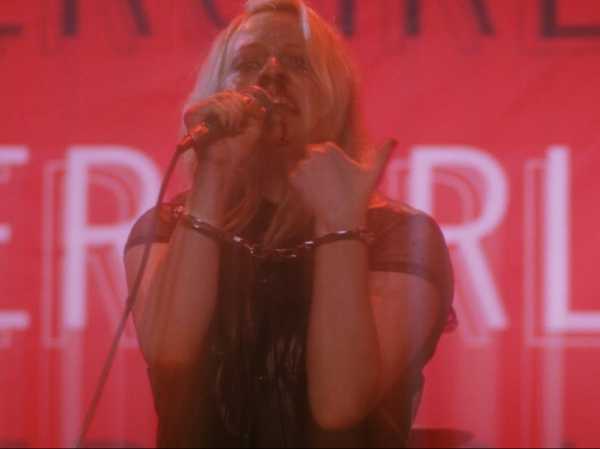 The New York Film Festival has been miserly in its acknowledgments of American independent filmmakers, but the first week of the festival includes one noteworthy domestic film in the lineup, and it’s a ferocious one. “Her Smell,” directed by Alex Ross Perry, is set in the nineteen-nineties and stars Elisabeth Moss, as a rock star in the process of flaming out. It’s a big movie, in an unusual way. Recently, many of the best American independents have been working on a bigger scale and expanding their artistry to match. (Josephine Decker’s “Madeline’s Madeline” and Terence Nance’s “Random Acts of Flyness” are two of the most recent examples.) Perry, whose earlier features are, for the most part, willfully hermetic chamber works (“Queen of Earth” and “Golden Exits” are sublimely claustrophobia-inducing), here fills two and a quarter hours with tumult on the world stage, and his inspiration embraces the power and the terror of that exposure.

“Her Smell” has four parts—a backstage meltdown, a recording-studio meltdown, a backstage meltdown, and an attempt at recovery—and each of them is overwhelming with people and events. Moss plays a musician who calls herself Becky Something, the leader of a trio called Something She, also featuring Mari (Agyness Deyn) and Ali (Gayle Rankin). She has a child—an infant—with her ex-husband, Danny (Dan Stevens), a D.J.; she has a bitter rivalry with another musician, Zelda (Amber Heard), a dependency on a mystical charlatan (Eka Darville), a tense relationship with her mother (Virginia Madsen), and her career is on life support from the backing of her record-company founder, Howard (Eric Stoltz), whom she put on the map and whom she’s now pushing toward bankruptcy.

Becky also has a way with words—pugnacious, lacerating, vicious, seductive, persuasive, deceptive. She has a substance-abuse issue; she is reckless, violent, and ill; and as her career woes deepen, so do her legal and physical ones. Wrecking relationships, concerts, tours, and recording sessions, rendering others miserable—while milking their sympathy or their dependence—becomes a sort of pathological art form in itself. When Howard brings a younger trio of women musicians (portrayed by Cara Delevingne, Ashley Benson, and Dylan Gelula) called the Akergirls (the name is a delightful homage to Chantal Akerman) into the recording studio, Becky takes over with a torrent of hip-clichéd flattery and flash as well as a musical urgency that breaks through nonetheless.

Over and above the furious—and ultimately painfully tender—drama, Perry achieves something of a new, grand version of his own cinematic music. More than any film I’ve seen recently, “Her Smell” is a movie of time; its four sections, filled with furious action, hair-trigger tension, and becalmed anguish, flow with an intertangled current of physical energy, emotional power, verbal inventiveness, and sweeping, swiping, rushing, darting images. Thanks to the cinematography of Sean Price Williams and the editing of Robert Greene (the documentary filmmaker), two of the crucial creators of the modern cinema, this flux exists seemingly on its own, not carried by the drama but conjuring the vast social and cultural realm—of celebrity and cultural currency—within which the drama occurs. It also, when the time comes, draws time to a stop; two long takes, of Moss singing at home, are among the most exquisite, breath-stopping moments in recent movies.

There’s finally a drug for postpartum depression. Too bad it’s $34,000.