Home Culture “Honey,” Reviewed: Robyn Has Returned, and She Has What You Want | 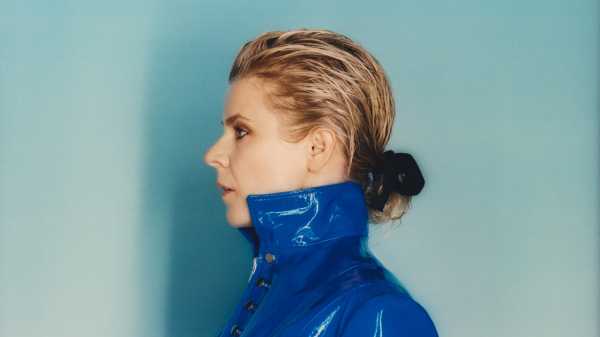 The feeling you get when you listen to Robyn—the instant sense of obliteration in the surge of synth and strings—is almost too powerful. I’ve always understood the music of the thirty-nine-year-old Swedish pop star to be something like a club drug: a substance that drastically increases your likelihood of dancing and crying simultaneously. The spell it casts can be habit-forming; you submit to it at your own risk. When “Honey,” the title track from Robyn’s long-awaited new album, was released, at the end of September, I found myself taking hour-long walks around Brooklyn at midnight just so that I could listen to it over and over. On weeknights, I’d come home exhausted and put “Honey” on in the shower, and then the inside of my body would flood with confetti and warmth and electricity, and I’d stay up until three in the morning.

I have reacted this way to Robyn since 2005, when her self-titled album leaked in America. (The album came out in Sweden that year but wouldn’t get a proper release in the United States until 2008.) Robyn had been famous since her 1997 hit “Show Me Love,” a Max Martin production that evoked TLC’s “Waterfalls” and presaged the rise of Britney Spears. She had signed her first record deal at age fifteen, and her first album was a successful experiment in generic teen-R. & B. packaging; her second never got a U.S. release, as Robyn refused to rewrite two songs that referenced an abortion. Her third album, “Don’t Stop the Music,” didn’t get a U.S. release either. “Robyn” was, technically, her fourth album, but it was self-financed and released on Robyn’s own label, Konichiwa Records. It felt like her true début. The first single, “Be Mine!,” was built on a cello riff that raced like a heartbeat; it narrated the ecstatic tragedy of watching the person you love fall in love with someone else. “Be Mine!” established Robyn’s true artistic template: euphoric songs about unbearable sorrow, in which the euphoria is a direct result of the sorrow rather than an antidote to it. For Robyn to give you her annihilating sweetness, something irreducibly bitter had to come first.

In 2010, Robyn released a trilogy of mini-albums called “Body Talk,” which expanded her funny, selfless, and radically strange persona. The sound was bionic, kinetic—a war chest of weapons-grade chemical manipulation. The two biggest singles, “Dancing on My Own” and “Call Your Girlfriend,” sound like pure thudding rapture even as the lyrics are agonized and slightly psychotic. The first features Robyn “in the corner, watching you kiss her”; in the second, she issues loving instructions to the person whose current relationship she intends to destroy. These tracks, and the exactitude of her presence within them, crowned Robyn as a high priestess of unbridled emotion, an icon whose influence would only increase during eight ensuing years of relative reticence. (Between “Body Talk” and “Honey,” she released a great EP with Röyksopp and a less striking one with La Bagatelle Magique.) In 2012, the TV show “Girls” memorably ended an episode with a Robyn-induced catharsis. In 2017, on “Saturday Night Live”—whose cast members had previously paid viral tribute to the viral “Call Your Girlfriend” video—the singer Lorde performed with a photo of Robyn placed on the piano.

Robyn is a technician who communicates in hits. In “With Every Heartbeat,” a single from 2005 featuring the Swedish producer Kleerup, she took an arena-size melody and fit it around strange new angles, withholding and then delivering the payoff with the directness of a d.j. controlling a rapt basement crowd. The straightforward adoration she’s received from critics since “Robyn” helped pave the way to our current era, in which the boundaries between pop and indie, widely beloved vs. artistically credible, have dissolved more or less completely. Robyn has crossed other invisible boundaries: alone among female pop stars, she’s been able to put out overtly sexy music that is completely disconnected from the performance of conventional sexual desirability. She’s maintained a persona that is odd and distinct enough to have become a pop-culture talisman but seems so transparent that her fans feel like they’re seeing her soul.

In May, Robyn made a surprise appearance at a regular Brooklyn dance party that is dedicated to her. (It’s called This Party Is Killing You, after a lyric in the song “Don’t Fucking Tell Me What to Do,” which begins with Robyn chanting “My drinking is killing me” fifteen times in a row.) She performed “Honey,” which had been a topic of great fascination since early 2017, when it played, in unfinished form, during the end credits of an episode of the last season of “Girls.” The “Girls” mix of “Honey” is rougher and more percussive than the album version, which Robyn worked and reworked until her co-producer, Joseph Mount, the front man of the band Metronomy, began comparing her to the Beatles trying to finish “Maxwell’s Silver Hammer.” But the vocal melody is audible in the earlier version, addictive in just a snippet, with a final couplet that neatly sums up Robyn’s inverted ethos of longing and attainment: “You’re not going to get what you need, but baby I have what you want.” Her fans immediately began tweeting the hashtag #ReleaseHoneyDammit.

On the new album, “Honey” appears just after the halfway point. The album’s nine tracks appear in the order in which they were written, tracing a personal evolution that starts in grief. Robyn entered intensive psychoanalysis after the hyper-productive “Body Talk” era—submitting to several sessions a week for six years, she told the Times. During this period, she broke up with Max Vitali, her longtime partner, who had directed the “Call Your Girlfriend” video. Christian Falk, her close collaborator and mentor, died of pancreatic cancer. “Missing U,” the new album’s opener, is sadder than any of Robyn’s previous songs about heartbreak. In those earlier tracks, it always seemed that she was inhabiting a space of lovelorn glory in part because of what it allowed her to do for her listeners. On “Missing U,” she sings, more than ever, as herself. “This part of you,” she wails. “This clock that stopped. This residue, it’s all I got.” The song’s propulsive glitter is rooted in personal desperation. “I’ve turned all my sorrow to glass,” she sings.

There are only three big wallops of the Robyn feeling on this album: “Missing U,” “Honey,” and the closing track, “Ever Again.” Between these focal points—and a few characteristically funny flashes, particularly on the song “Beach 2K20”—are new textures, a new softness. On “Human Being,” the beat is crisp, nearly sci-fi, but as the chords descend into the song they feel big and sad and humble, like ramps being lowered from an unknown ship. On “Baby Forgive Me,” which seems to start mid-thought, Robyn sounds lost and pensive, letting ephemeral waves of feeling crash around her—until, halfway through, the fog breaks and her vocal melody brightens. Listening to it, I suddenly understood that the Robyn feeling is changing. The sweetness on this album is, as ever, hard-won and transporting, but it comes in the midst of palpable uncertainty, even hopelessness. It’s no longer delivered in a purely heroic, adrenaline-spiking blitz. Instead, “Honey” is loose and free and physical. It captures and concretizes the wordless, ephemeral moments of bliss and sorrow that come when you’re in a crush of strangers, unsure of the future. It marks a new phase in Robyn’s ongoing project, in which the force of her conviction continues to hold together what often seems impossible, musically or otherwise: maximum sadness, felt as the bedrock of absolute joy.

What If There Was Never an Iranian Nuclear Weapons Program?