Home Culture How beabadoobee’s “I Wish I Was Stephen Malkmus” Reckons with a Rock... 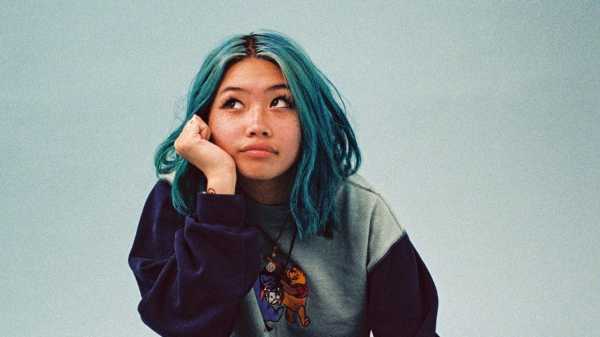 Last week, Bea Kristi, a London teen-ager who records under the lowercase stage name beabadoobee, popped onto the mainstream’s radar. She dropped a very fine single, four minutes of swirling fuzz and spiralling emotion called “I Wish I Was Stephen Malkmus.” The title invokes the singer-songwriter and Generation X guitar god, whose body of work includes albums by Pavement, the Jicks, and the Silver Jews; soundtrack contributions to “I’m Not There,” “subUrbia,” and “Space Ghost Coast to Coast”; and in-concert covers ranging from a pyromaniacal “Wild Thing” to a “Blank Space” that casually elaborates a limpid “Layla” coda.

Kristi’s song is a sincere pastiche inspired by the symphonic dissonance of the early Pavement EP “Watery, Domestic” and the “calculated shows of feeling” discerned in Pavement’s music a long time ago by the critic Robert Christgau. At first listen, “I.W.I.W.S.M.” sounds like a bedroom-wall-of-sound classic worthy of Liz Phair or Soccer Mommy, built to echo on infinite repeat. Malkmus, whose Twitter handle is @dronecoma, was taken aback to hear Kristi’s homage. “This tripzz me out,” he wrote, as if dazzled by a paternity test, and passed along a Stereogum piece about the single.

Something of this sort was inevitable. Malkmus is the type of artist who attracts intriguing tributes, and he ranks as an eminent alt-rocker among people of Kristi’s age, judging by the Spotify playlists of baristas in fair Brooklyn. (I am almost not kidding when I say that people raised on reruns of “Friends” have been primed to appreciate his work by the sitcom’s transition music, with its riff resembling a smeared Xerox of “Rattled by the Rush.”) 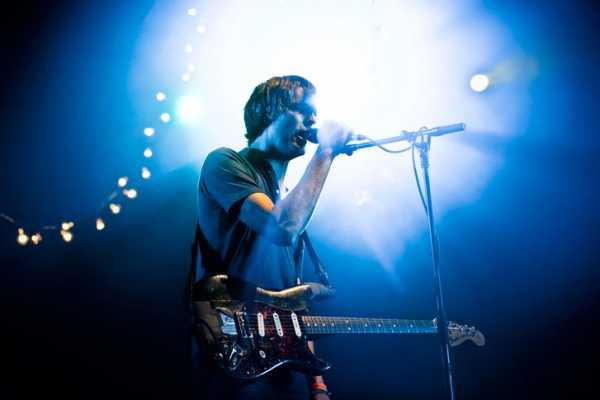 Stephen Malkmus, performing with Pavement, in 2010.

Desire is the central theme of rock and roll—this is almost too obvious a sentence to type. Following the trail of songs about desiring the skill or power of older musicians takes us to rock’s dustiest crossroads. Kristi’s song takes us back to the nineties, in an ethereal haze of Juliana Hatfield–like vocals. It’s all very “120 Minutes.” The song’s lodestar is “I Wanna Be Your Joey Ramone,” by Sleater-Kinney, which lobs throbbing yelps as it examines gender roles and groupie fantasies. “I.W.I.W.S.M.” also warrants comparison to “I Wish I Was Him,” a jangle originated by Noise Addict, revised by Kathleen Hanna, and customarily construed as an ode on one Evan Dando: “He gets the women at his feet. . . . He gets his records for free. . . . He even understands the words to Pavement songs.” Where those two songs harbor ambiguous feeling about idolatry, “Cool as Kim Deal,” by the Dandy Warhols, is strictly ironic; it’s sung from the point of view of a vapid trend-chaser, who is looking for a girlfriend as if casting for the role of arm candy for Lollapalooza. “There’s nothing in my art,” it goes. “I’d rather be cool than be smart.” And yet the song’s melodic elation chimes with a transporting sonic vision, which Kristi updates for the era of the stan and our contemporary search for identity in avatars. (Meanwhile, somewhere I have a compact-disc wallet sheltering a copy of “No Alternative,” a compilation album featuring Pavement’s “Unseen Power of the Picket Fence,” which is an annotation of R.E.M.’s LP “Reckoning,” from 1984 —“ ‘Time After Time’ was my least favorite song!”—joined to a sludgy Southern-gothic riff on the Civil War.)

“I.W.I.W.S.M.” performs a thorough familiarity with the Malkmus oeuvre, especially in Kristi’s aquatic guitar, and she decorates the song with moments—a self-cracking-up choral chortle, as on “Same Way of Saying,” snatches of in-studio chatter, as on “Raft” or “Cataracts”—culled from Malkmus’s deep cuts. Lyrically, “I.W.I.W.S.M.” is, in part, a response to Pavement’s most well-known song, “Cut Your Hair.” Each is a text about image and career and coiffure. The oldie develops from a fond and faintly patronizing wisp of cautionary advice: “Darlin’ don’t you go and cut your hair / Do you think it’s gonna make him change?” Of writing the song, Malkmus has said, “It begins with me imagining some girl bummed out on her boyfriend. ‘What am I going to do?’ she’s asking herself. ‘Cut my hair!’ ” Kristi, whose hair is blue, sings, “My hair is blue”; bummed out about her boyfriend, she sits at home to “cry to Pavement.” Her guitar gently shreds. At the peak of the song, the bummer boyfriend and the rock idol fuse into a composite figure. The singer shifts her posture from melancholy troubadour to agitated riot grrrl, and tells him off. “Your photos suck / Your brand is shit / You’re up your butt / You never really ask me how I am.” I’m afraid that I am pompous enough to suggest, earnestly, that “I.W.I.W.S.M.” reads as an amazing reckoning with what Harold Bloom calls the anxiety of influence. The poet, addressing herself to the mastery of her precursor and her feeling about their comparative power, offers a tribute. At the same time, she commits an act of symbolic patricide, with a Plath-y edge of “Daddy, I’m through” in its tone, and a velvet note of the sublime in its feedback loop. Wanting to kill your idols is a vital phase of growth.

Kataib Hezbollah Warns Iraqi Security Forces to Stay Away From US...

Fifty Ways to Avoid Readying Your Garden for Spring |

A Celebration of John Fahey and American-Primitive Guitar |