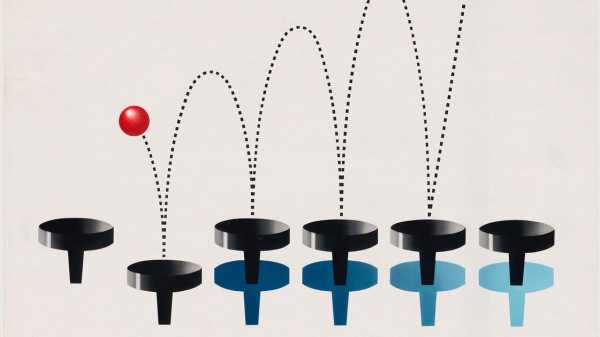 In 1958, the American radical sociologist C. Wright Mills was invited to address the International Design Conference, in Aspen. The lecture he gave, “Man in the Middle: The Designer,” criticized a number of its audience members for being willing dupes in the grand illusion that was consumer society. “Wants do not originate in some vague realms of the consumer’s personality,” he said. “They are formed by an elaborate apparatus of jingle and fashion, of persuasion and fraud.” In this sublime hoax, Mills argued, the designer was central. He made people “ashamed of last year’s model”; he tied “self-esteem” with the purchasing of this year’s model; and he “created a panic for status, and hence a panic of self-evaluation” that could be sated only by the “specified commodities” that he designed. This was what came to be known as “retail therapy”—but Mills suggested that, partly thanks to designers, it had become fundamental to the American economy. The result was not just a perversion of economic life, but of culture. As he put it, “The uses of culture are being shaped by men who would turn all objects and qualities, indeed human sensibility itself, into a flow of transient commodities, and these types have now gotten the designer to help them; they have gotten him to turn himself into the ultimate advertising man.”

Whether the conference organizers regretted inviting Mills is not a matter of record—toward the end of his lecture, he softened his attack by suggesting that designers could adopt the intimate, use-value virtues of craftsmen—but I was reminded of his words as I walked around “The Value of Good Design,” a small display of goods currently on show at the Museum of Modern Art. A curious bit of auto-institutional history, as well as a plug for the museum’s wallet-shredding design store, the “Good Design” show looks back at the museum’s attempt to establish canons of taste in postwar America—to play, in other words, the man in the middle between designers and consumers. As in a suburban shopping mall, the center of the exhibit is a whole car: the huggable Fiat 500, one of the most charming symbols of the Italian postwar “economic miracle.” (Unfortunately, there is no contest to win it.) Elsewhere, there is the liquid sheen of Eva Zeisel’s porcelain ware, George Nelson’s exclamatory atomic-age clock, and a Japanese-influenced bamboo-framed chair from Charlotte Perriand. To view these items is to feel immediately the induction of “wants” diagnosed by Mills. This is MOMA’s second show in a decade about its “Good Design” program, and it makes one wonder about both the meaning of those terms and what they are meant to do.

The original “Good Design” initiative was led by Edgar Kaufmann, Jr., previously the head of MOMA’s industrial-design department, who collaborated with the Merchandise Mart of Chicago, which was then the largest wholesaler of home goods in the country. From 1950 to 1955, Kauffman, Jr., would put on display goods that were selected from the country’s best designers. The U.S., in Kauffman, Jr.,’s view, was going to produce a bounty of consumer products one way or the other; he wanted its shoppers to choose tastefully, and to choose modern. In the current show, the “La Chaise” lounge, by Ray and Charles Eames, an emblematic object, is elevated on a pedestal in the corner of a room. It looks like something between a ghost and a cloud, although trying out its rubber-foam shell betrays an unexpected solidity, and the whimsical, scalloped-out circle in the center gives it an open mouth, or an eye. Photographs commissioned to showcase the chair, which was well-received but not put into production until 1990, feature children peering through it: a nice reminder of the Eames’ abiding interest in environments for play.

In the past, MOMA also wanted to show that modern design wasn’t expensive, and they ran a series in the nineteen-thirties and forties advertising “Useful Objects” that began at less than five dollars. A table of more anonymous products bears out Mills’s critique of desires being artificially fostered while simultaneously eliciting immense pleasure in their satisfaction. An outdoor thermometer with a bright display and an ecstatic font marks seventy degrees as “ideal”—a gesture toward the good life that design might provide (as well as a quiet plea to move to California). A display stand for oranges, made up of little mounted and adjoined rings, exudes joyful pointlessness: Who would need to manage their oranges this way, except to revel in the sheer pleasure of their display? 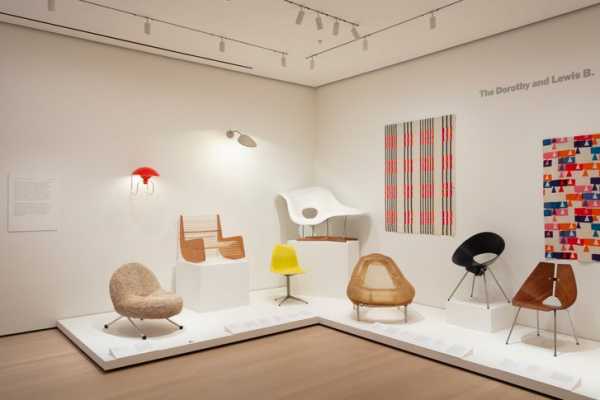 An installation view of “The Value of Good Design,” at the Museum of Modern Art.

Although the exhibit does not devote much attention to it, many of these objects—and the idea of “good design” itself—emerged from the undertow of war. The inner-tube-like ring of Vinylite that makes up the seat of William H. Miller’s inflatable chair came out of wartime pressures to use new kinds of materials. Miller’s direct contribution to the war effort was to create, with the help of Franklin Delano Roosevelt’s cousin, a portable water desalination device—undoubtedly a product of good design, in the sense of design that could do some good, but we don’t get to see it. A multiscreen display of the landmark Eames film “Glimpses of the USA” notes that it was part of the American National Exhibition, in Moscow, in 1959, which took place in a geodesic dome designed by Buckminster Fuller. At the exhibition, Vice-President Richard Nixon famously debated Soviet Premier Nikita Khrushchev inside a model home on the merits of automation in kitchen wares. Kruschev was unmoved by Nixon’s argument, as were several Soviet visitors. “I feel sorry for the Americans, judging by your exhibition,” one wrote in the exhibition guestbook. “Does your life really consist only of kitchens?”

Beyond the “kitchen debate,” there was a general question in the “good design” era, among people on every side of the Cold War, as to whether design actually benefited ordinary people—whether there could be any “good” design when its central aim seemed to be to goose people into buying more stuff. The debate in Europe and the U.S. goes back at least to William Morris, the Victorian proponent of the decorative arts and one of the founders of the English Socialist movement, who rued the shoddiness of industrial products, but also the fact that good work, which ought to have the status of art, was increasingly a luxury. Extending this critique, some designers within the modern movement tried to articulate their dissent through the things they produced. “The Value of Good Design” has a number of starkly beautiful objects from Dieter Rams, the German designer whose renowned work for Braun has become emblematic of non-American gute Form: cool, understated, low-impact. The pastel coloration, transparency, and minimal decor of his electronics had enormous influence; his products, and his various laconic mission statements on behalf of design, suggested that Cold War consumer societies could still advance a sense of moral clarity.

But the dialectic of anti-consumer design took a few more turns of the screw. Max Bill, whose minty kitchen clock hangs alongside the work of Rams, founded a “new Bauhaus” in Ulm, intending, like Rams, to create objects that were durable, quiet, and lasting. The Ulm School of Design was massively influential, but Bill’s work became the subject of an attack by the Danish artist Asger Jorn. Jorn, who was involved in founding the school, saw it finally as another betrayal of the radical Bauhaus, which (at least initially) was about the union of the arts, crafts, and architecture, not product design. Ulm eventually fell apart, partly due to the radicalization of the students against the project that they were ostensibly involved in. They described the consumer society for which they made objects as a form of “Kommerzterror,” and at one point sought to rename the school Karl Marx College. It closed in 1968. This end to the “good design” narrative isn’t played out in the exhibit. Instead, in the final room of the show, MOMA asks you to consider Jasper Morrison’s plastic stacking chairs as heirs to good design—a prelude to the moment when, retrieving your coat, you receive a text message saying, “Don’t miss our Design Store across 53rd street!”

More than a half-century after Mills delivered his speech, design has become both more pervasive and less responsible. As Alexandra Lange has written about in these pages, Jony Ive, of Apple, a self-proclaimed adept of Rams, lovingly crafts smooth, chamfered edges for his company’s world-conquering products. The aesthetic is precise, alluring—but the objects are designed to meet a suspiciously early obsolescence. Indeed, most of the things that we hold in our hands and stare at, day after day, are examples of “good design”—great design, even, in terms of their inextricability from life. But more and more their social benefit seems questionable. As objects they are meant to be replaced, and they function, as Mills warned, as talismans of our own status. What would design look like if its aim weren’t profit? The answer is hidden in the margins of the MOMA show: a device that makes water potable—something you can’t buy at the design store but which might actually save your life.

If White House were Applebee’s, ‘I’d think twice about eating there’:...