Home Culture How Larry Sultan Made His Father a Metaphor for Dashed American Dreams... 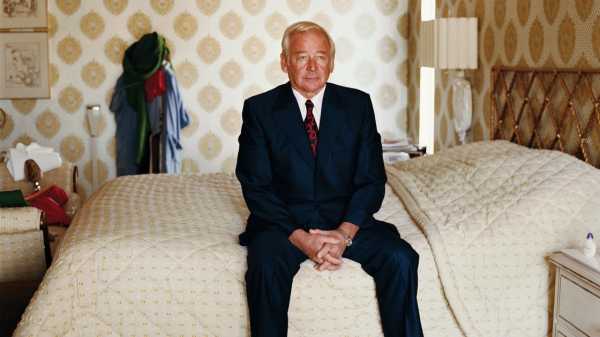 There’s a bend on California Highway 62 as it rolls off the high desert plains and down into the Coachella Valley where you suddenly see the parched earth cough up what appears to be a vast mirage. Spread out below, like some plush green shag carpet, is the artificial paradise of greater Palm Springs. The playground of the Rat Pack, the jewel box of mid-century architecture, the perch for migratory, sun-loving snowbirds, this valley was also the place where the parents of the photographer Larry Sultan chose to retire and live out their final years.

One sunny late afternoon in 1991, you could have found Sultan there, behind his camera, training it on his shirtless father, Irving, as he looked down into his empty swimming pool, making one of the final pictures for what would become the photographer’s signal achievement, the book “Pictures from Home.” (A selection of these photographs, including “Empty Pool,” is currently on view at the Yancey Richardson gallery, in Chelsea, as part of the first New York exhibition of Sultan’s work since his death, from cancer, in 2009.) In the picture that came out of that poolside photo shoot, we see that behind the elder Sultan is a rolling expanse of tightly cut grass soaking up the water from an automated sprinkler system, which passes for rain in those parts—a landscape on life support. His father is tan, but he is also old, his body clearly heading toward its twilight, and he looks somewhat melancholy—despairing, even—as if the empty pool in front of him were a reservoir of regrets. 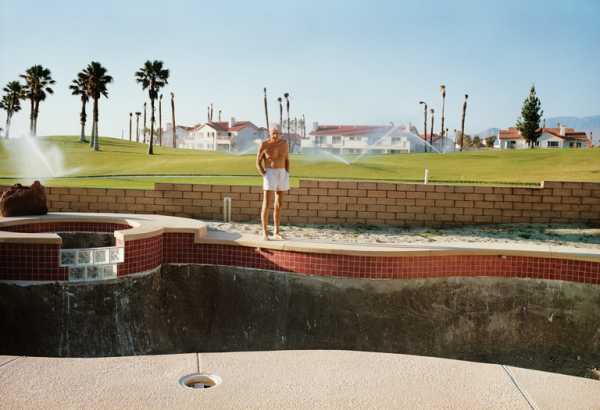 Or maybe I’m reading too much into it. Sultan’s dad, for one, would brook no sad-sack poetic crap: “All I know is that you have some stake in making us look older and more despairing than we really feel,” he complains to Sultan in the lengthy, interwoven text of the book. “I really don’t know what you are trying to get at.” The book is filled with this kind of undercutting counter-narrative, culled from Sultan’s interviews with both his father and his mother, Jean, creating a postmodern tug-of-war between representation and reality. Some of it comes from Sultan himself, who includes checklists of staged pictures that he hoped to make of his parents, and poignantly admits that he may be guilty of using them as props in a preconceived allegory of America’s frustrated, hollow dreams:

Photographing my father became a way of confronting my confusion
about what it was to be a man in this culture. . . . These were the Reagan
years, when the image and the institution of the family were being
used as an inspirational symbol by resurgent conservatives. I wanted
to puncture this mythology of the family and to show what happens when
we are driven by images of success. 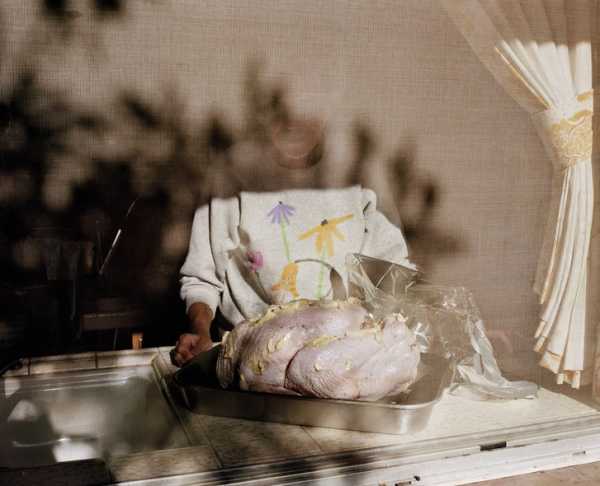 Over his father’s protestations (and we get the sense that he doth protest too much), the book paints a picture of a kind of fallen Horatio Alger type. “Pictures from Home,” which also included still images culled from old Sultan-family home movies, family photos, and other ephemera, charts Irving’s hardscrabble childhood, his rise from a lowly sales clerk to a driven, carousing travelling salesman (facilitated by a course based on Dale Carnegie’s 1936 “How to Win Friends and Influence People”). It chronicles his eventual snatching of the brass ring as the vice-president of Eversharp’s Schick Safety Razor Company, and his ultimate expulsion from the corporate carousel into a life of golf, yard maintenance, and encroaching torpor. Sultan’s mother, a caretaker turned real-estate agent, is drawn as women often are in these stories, as the long-suffering sidekick. 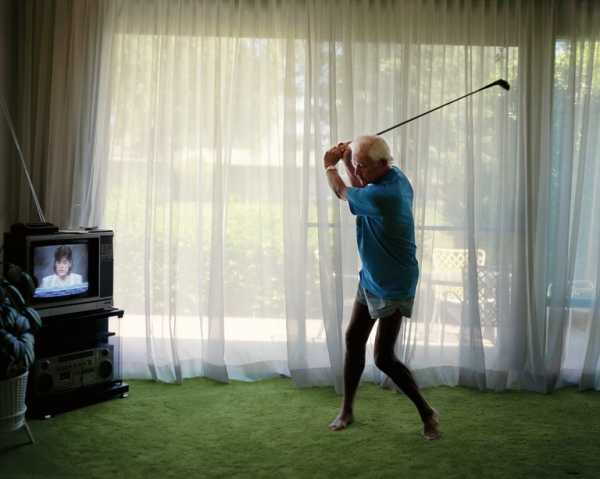 Sultan’s childhood was not quite “Leave It to Beaver,” though it was close: he was in awe of his father’s movie-star good looks, and recounts with something like pride that their modest home in the San Fernando Valley was chosen as the set for a Purina dog-food commercial starring Jane Wyman. He recalls his parents’ frequent bickering, but they insistently profess that they remember nothing of the kind. In another notable, almost perverse breach of their repressed familial dynamics, Sultan recounts that he once sneaked into his parents’ bedroom while his mother was sleeping and began to photograph the underside of her foot. After a few minutes had passed, he realized that she was actually awake, serving as a willing accomplice.

For all of his allegorical intent, Sultan was nevertheless unable to escape what he called the “deeper impulses” drawing him to make this work. It is by now a hackneyed observation that photography provokes distance: it yanks us out of the present moment, it conceals the real behind a smudge of images. But at its best the act of photographing can do the opposite: through an act of crystalline attention, we can pull the world and the people in it closer to us, and demonstrate our devotion. Sultan admits, “I realize that beyond the rolls of film and a few good pictures, the demands of my project and the confusion about its meaning, is the wish to take photography literally. To stop time. I want my parents to live forever.” 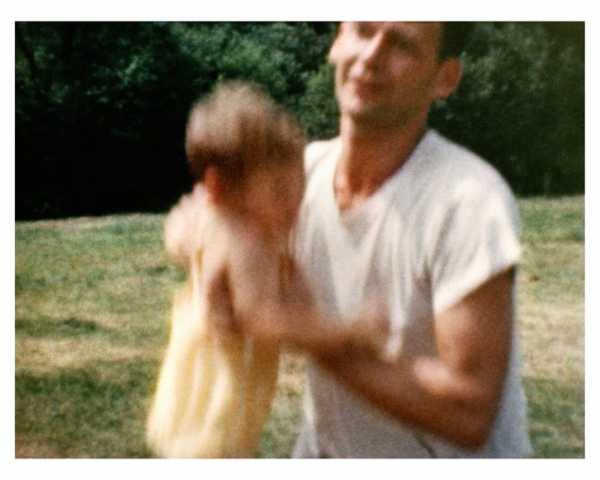 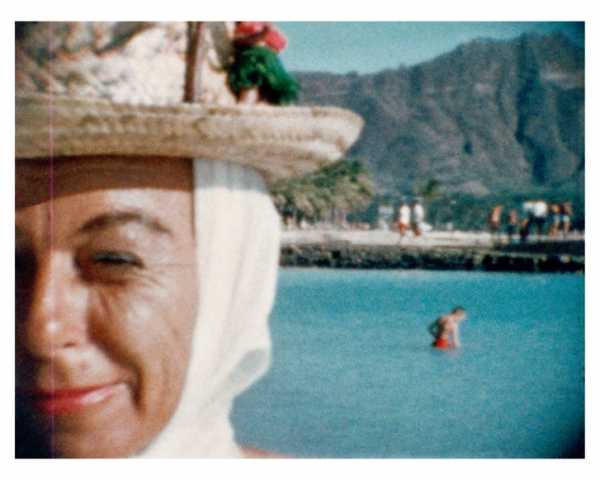 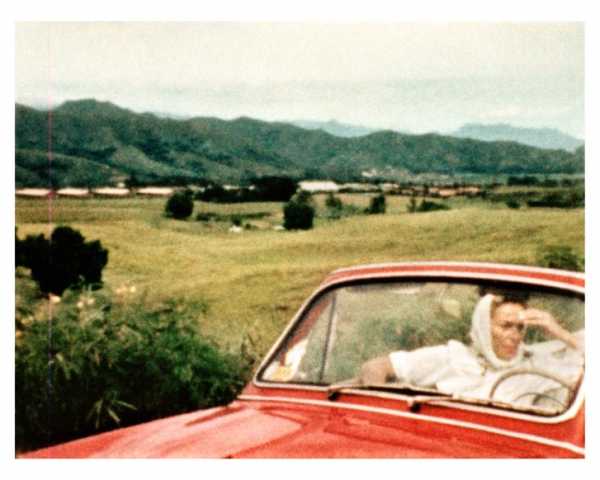 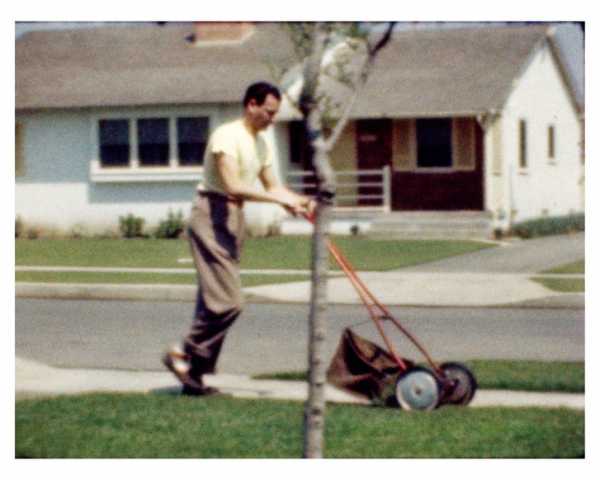 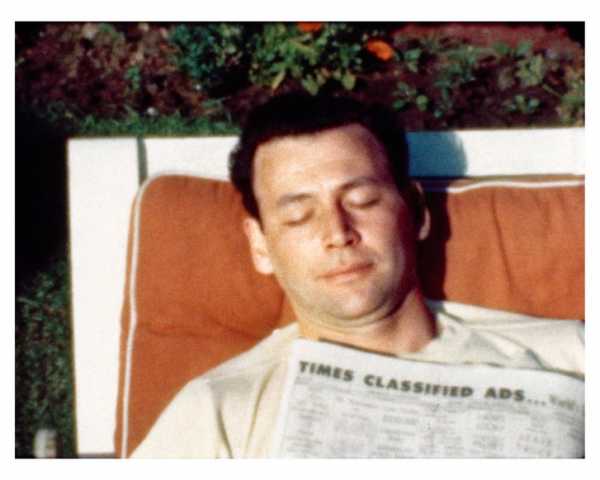 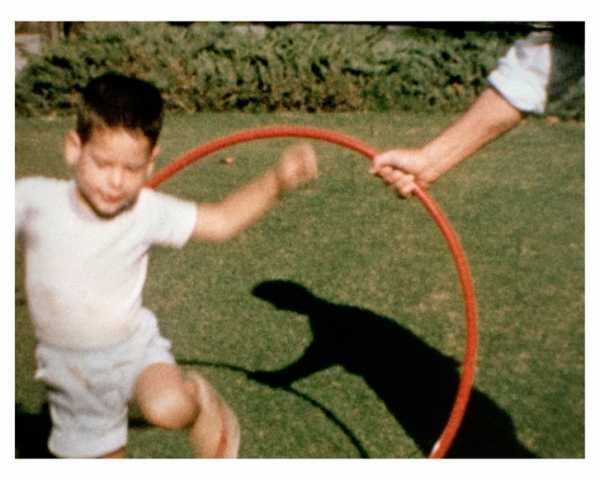 The San Francisco Bookstore Where the Revolution Ends up |