Home Culture How “The Fourth Estate” Attempts to Capture the Still-In-Progress Story of America’s... 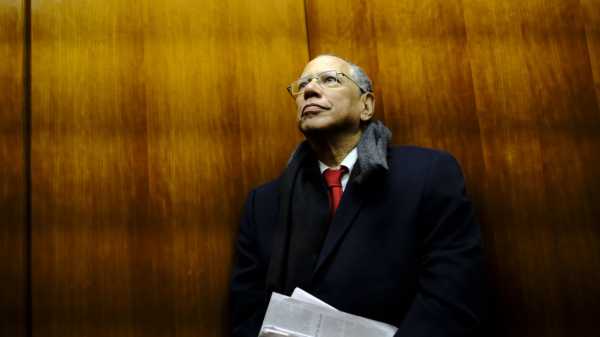 Organic to the era of news-media consumption that it chronicles, “The Fourth Estate,” Showtime’s just completed, four-part series about the New York Times’ coverage of the Trump Presidency, is a painfully agitating document. In this second draft of history, when the arrival of a tweet from @realDonaldTrump, or anyone, pops into the narrative and onto the screen, it arrives with a push-alert chirp, which elicits a nervous leap: Oh, God, what now?

I would not be surprised to hear that viewers who admire the series bailed out before it reached its conclusion, on Sunday night, because they couldn’t stand the stress of it. The series is designed to fray the nerves; its director, Liz Garbus, sweetened the establishing shot of the Times building with the drubbing of a jackhammer. As she recounts the paper’s greatest hits covering the President’s lowest blows, we relive the trauma—the tension compounded by the journalists’ footfalls, moving at the pressurized clip of people trying to tread carefully while outracing their competition. When Trump fires Steve Bannon from his position as chief strategist, the Times’ White House correspondent Maggie Haberman says, of the Administration’s constant upheaval, “You get tired of saying ‘holy shit,’ because you’d be saying it every three hours.” They may get tired, but they say it anyway, and on an ever-accelerating schedule, because the torrent of events demands shocked response.

With its ambitions of scope, “The Fourth Estate” hops down rabbit holes to proceed in associative segues, as it follows the paper’s reporting on Trump and his Republican Party while also sketching the dynamics of the newsroom, the state of the industry, and the impact of a sexual-harassment scandal. The mess of it is necessary to manage the sprawl of events in Trumpworld—the investigation into Russian interference in the 2016 election, the inflammation of racists in Charlottesville—and the unleashing of “this no-apologies political culture we find ourselves living in,” as the Times reporter Jeremy Peters puts it, saying that the President has created a “point of no return for any kind of truth in politics.” It is illuminating to see the mind of an organization at work—to eavesdrop on the conference calls and deskside scrums that determine angles of coverage. But, of course, it is impossible for the series to provide much clarity about the still-in-progress story of the country’s debasement.

A leaner show with a shapelier through line might have been made by centering the series on any one of the journalists who hustle across the screen. But Garbus is interested in crafting portraits of an institution, as indicated by the many artful shots of meaningful architecture. We see the White House hunched beneath a flock of birds swooping like a bad omen. We see it through a chain-link fence, as if it were a Superfund site. We see it through a wrought-iron fence, to illustrate a point about restricted access.

At one point, the Times reporter Michael Schmidt has occasion to reminisce about the music that NBC News plays to introduce a special report. “When I was a kid, that got me going so much,” he says. The score of “The Fourth Estate,” composed by Trent Reznor and Atticus Ross, supplies much the same rush. Moreover, it helps to organize the tumult of incident inherent to the coverage of a chaotic Presidency. The pulse and churn of it work in much the same way as the composers’ music for “The Social Network,” quickening the pulse of a procedural and giving a linear thrust to a fragmented story line.

In the finale, the music brightens. The paper wins three Pulitzer Prizes; the executive editor, Dean Baquet, says, “the New York Times is still here”; the viewer is rueful that the events just witnessed happened months ago, when the world was somewhat more innocent. Baquet’s hesitancy to label each of Trump’s untruths as a “lie”—“I don’t want to use it all the time,” he says, in a meeting to plan the paper’s coverage for the calendar year we are currently enduring—reflects a caution that seems more excessive with each passing hour. Because “The Fourth Estate” is less a documentary about the Times than a document of the struggle to report on Trump, it is—though smart and gripping—a frustrating heap of unfinished business.

“Everything Is Alive” and the Joy of Interviewing Inanimate Objects |