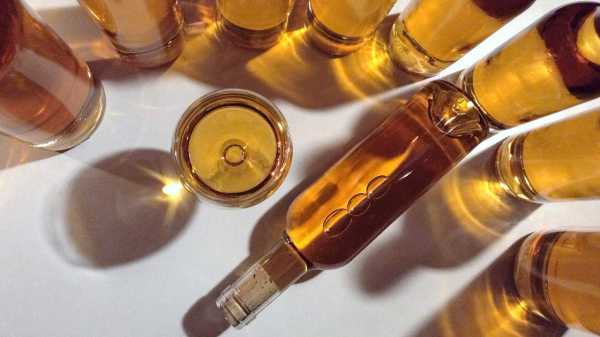 I recently went for a drink, in Brooklyn, at an Italian restaurant of the new school, which is to say that its culinary methods are purposefully archaic. The logo of the slow-food snail moseyed across the décor. The pasta had been made in-house, using local grains. The children’s menu featured a cheese aged longer than some of its consumers had been alive.

Each bottle of wine on offer was a natural wine, and pedagogical drawings on the cover of the wine list illustrated the basic tenets of the category: its artisanal production, its avoidance of additives, its encapsulation of the pastoral romance of life in the vineyard. One section featured the variety of skin-contact wines known as orange wines. One of these, from Friuli, glowed tropically in my candlelit glass. The list explained orange wine as a white wine that is made like a red; the skins and seeds, left to macerate in the juice for a while, impart color and texture. There was honey in the aroma. An intense whirligig of tannins metallically attacked my mouth and, on the finish, there was an astringent sizzle, with undertones of acid reflux. Tasting notes described this as a “long persistence.” I found it to be a test of stamina. While I waited for the wine’s acrid smack to wear off, I meditated on how this chic but peculiar elixir reflected the terroir of the urban social landscape.

Having now infiltrated the cellars of fashionable new restaurants and the home-entertaining arsenals of people who don’t consciously define themselves as “foodies,” orange wine has moved from a novelty act to a regular character in a particular social niche. But, depending on your perspective, orange wine has been becoming a thing—a trend, a movement, a totem of correct taste—for ten years, or twenty, or five thousand. Around 2000, Josko Gravner, a winemaker in Friuli, Italy, revived the ancient practice of its vinification, and other producers followed his lead, with vintages distinguished by what are conventionally considered imperfections: astringency, bracing bitterness, earthy funk. It took another nine years or so for skin-contact white wines to crack the consciousness of ambitious oenophiles; in the Times, in 2009, Eric Asimov introduced his readers to the genre in the aftermath of what he said was “doubtless one of the geekiest wine tastings it’s ever been my pleasure to attend.”

The geekiness—the fact that orange wine is challenging, that its appeal is more cerebral and gastronomic than carnal and epicurean—is central to its identity. Trend-piece headlines to the contrary, orange wine will never be “the new rosé.” Rosé is a big-tent beverage, suitable for glugging, as conventionally pretty on the palate as it is on Instagram. Orange wine has more sophisticated looks. You might call them jolie laide. Its color ranges from an amber as clear as the peal of a bell to the bold gold of a questionable urine specimen. I looked askance at an Austrian blend resembling a poorly stirred portion of Tang.

The overbearing boldness of orange wine is too diverse to categorize. Some are nutty and firm, like weird sherries, and some are briny, some brightly acidic, and some highly herbal. Some suggest a Carmen-Miranda-headdress spectrum of fruit. At a wine bar where all the descriptions somehow read like Allen Ginsberg’s grocery list, I tasted a Sicilian example said to evoke “copper kettles, chamomile flowers, Ricola popsicle.” Its finish prompted the question, “Is that a note of melon or is it a hint of Goodyear rubber?” By their nature, these wines very much open up as they breathe, slowly revealing subtle glories, or else gradually becoming slightly less bad.

My favorite by far, a charming semi-sparkling, hails from Greece: the 2017 Domaine Glinavos Paleokerisio. Perfect for pre-gaming an Easter parade, it was softly floral and grassily festive, but with a body as firm as a maypole. Lettie Teague, who devoted a Wall Street Journal column to orange wine, in May, also admired this bottle, but her tasting companions, being hard-core orange-wine guys, dissed its extreme pleasantness as unserious. Here, we encounter the fervor of ideologues, which is the soul of the trend. As Teague wrote, “People ‘believe’ in orange wines in a way I’ve never known anyone to espouse a faith in, say, Chardonnay.”

This stuff pairs well with the conflated ethics and aesthetics of bien-pensant food culture. The intrinsic emphasis on abstruse methods of production and challenging nuances of terroir suits going fashions for the sustainable, the “authentic.” You get the sense, when gripped by the vinegar-ish bite of an extra-ripe wine, that it is ideally consumed at a reclaimed-wood table in the dining room of a Hudson Valley weekend home, while listening to a proud host holding forth on how best to decant it and describing its intricate flavors and idiosyncratic kinks with the haranguing passion of an indie-rock record collector.

Orange wine has arrived to slap jaded palates around. Recently, in Food & Wine, a bar owner in Boston complimented an offering with a comparison to the morning-after mouthfeel of a tobacco binge: “It tastes like you spent the entire night before just ripping cigarettes.” The severity of orange wine’s structure and taste presents an especially dramatic example of aggressions against taste buds. The acerbic fizz of kombucha, the barnyard funk of fancy ciders, the ruckling tartness of sour beers—these and other harshnesses are ascendant among people who regard a hard seltzer as an instance of philistine minimalism. We are to believe that the Aperol Spritz—not long ago a tourist curiosity—is now old hat.

This trend in liquid pleasure suggests a preference for quaffs of difficult piquancy and upright pedigree. But this pleasure may be dependent, perversely, on disgust—or rather, on the aspirational struggle to steer one’s mind around disgust. I’d like to cite TikTok footage of Brittany Tomlinson, who is Internet-famous for second-guessing her own revulsion toward dank kombuchas, as evidence that the pain inflicted by the flavors of some extreme beverages is the whole point of them. In this sphere, a full-bodied orange wine, with its uncompromising austerity, approaches an absolute limit: sensation without sensuality. It tastes like an assault on pleasure. A wine with a finish like sucking on a grapefruit rind is not a wine to drink for enjoyment. It is a wine to suffer through—the suffering is proof that the drink is morally improving—and then to enjoy talking about. The talking is the proof of the drinker’s good taste.

Europe Has No Future if it Fails to Respond to Exceptional...