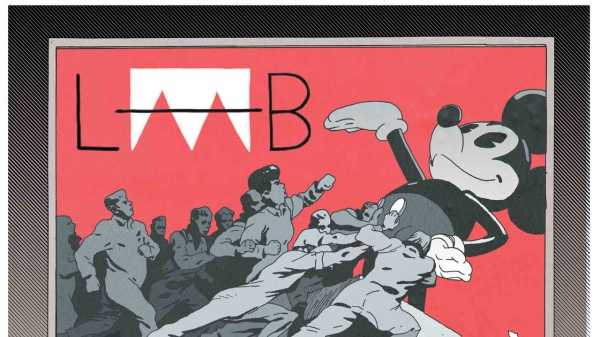 The hottest publication at recent comics conventions wasn’t a graphic novel or a mini-comic but a good old-fashioned tabloid-size newspaper publication—a throwback to the underground presses of decades past. In LAAB, Issue No. 0, “Dark Matter” (officially out next month), the cartoonist Ronald Wimberly examines race, gender, history, and the political and social implications of aesthetics through the media of comic strips, written discourse, and visual essays. The première issue presents readers with the LAAB manifesto and includes interviews with Alexandra Bell, Trenton Doyle Hancock, and Saul Williams. LAAB is a full-size broadsheet (sixteen by twenty-three inches) divided into three sections. Its immersive scale, punchy color, and bold graphics make it a potent example of the impact that printed matter can have. It was financed through a crowd-funding drive and printed through Beehive, a small press in Philadelphia. Recently, we asked Wimberly to stop by our office to talk about the project.

So much these days happens on the Web. Why did you feel this had to be printed?

It connects to my own sensual experience of the medium. My earliest memories of reading comics were the Sunday funnies. When I was a kid, I’d put them out on the floor, and the comics section filled my entire field of vision. And you touch and smell it … I have fond memories of Christmases when we didn’t have a whole lot of money, but we would get Silly Putty. One of the things we’d do with it was to press the putty on the paper and pull the comics off. My first associations with comics are with newspaper comics, and I wanted to get back to that. 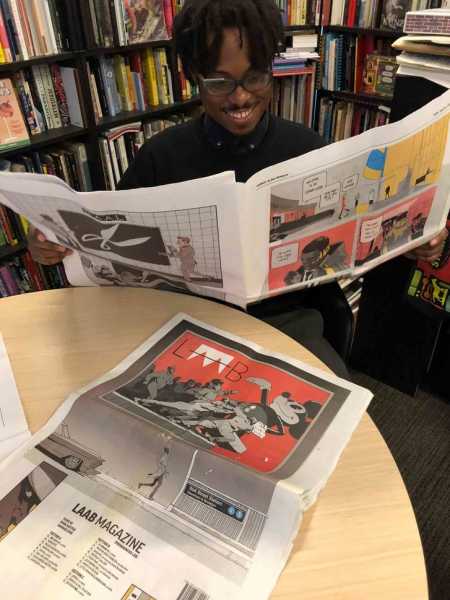 Ronald Wimberly, enjoying the immersive nature of the newspaper broadsheet.

Where did you grow up? Which newspaper did you sit on the floor with?

I grew up in D.C., so it would’ve been the Washington Post. The other reason I wanted to produce a newspaper was because of its strong association to news—information that’s so important, it has to fill up your entire frame of view. I wanted the page to be so big you had to fold it and continue reading over the folds. Besides, full-size or folded, each instance is a different pictorial space, which is interesting for an artist. 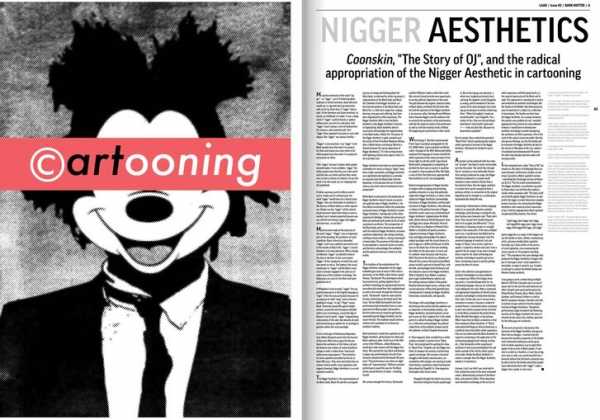 You wrote a manifesto for the first issue. What got you into thinking about aesthetics?

I got into it in a roundabout way, coalescing on a lot of references to Bertolt Brecht. Even before college, I’d go see a Quentin Tarantino film; Tarantino talks about Godard, so I’d check out Godard, who is talking about Brecht. So would David Bowie, who recorded songs written for Brecht’s play “Baal.” And it goes on and on until eventually I just find myself always going back to this guy. And for me, who’s so often called upon to participate in projects as the black artist, there’s always the pressing question: Is it possible for art to have a social impact? That’s probably what really started me digging into art history. Quickly, I got to Walter Benjamin, “Art in the Age of Mechanical Reproduction,” and I was right back at Brecht again. 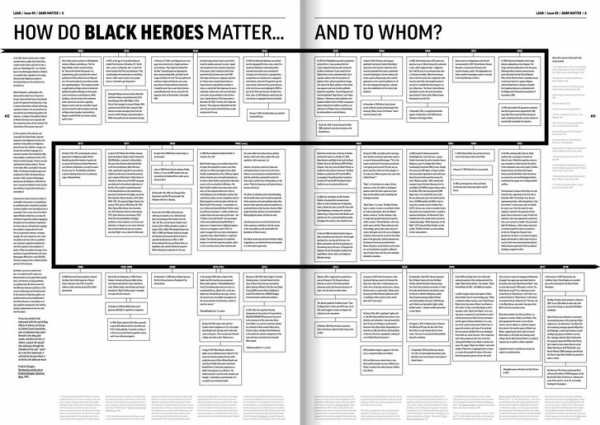 One of the questions you raise is “How do black heroes matter … and to whom?”

Yes, I struggled about how to present that, with Maëlle Doliveux [the art director for the project]. I didn’t want to tell a story that someone would read and, presto, I would have convinced them. I’d rather just give the pathway I walked down, the historical moments, the things I saw. You walk down it, too, and we’ll see if you come to the same conclusion that I have.

I’m interested in Cedric J. Robinson’s idea of “racial capitalism,” looking at oppression not necessarily just pertaining to skin color but also through economic exploitation and the different strata in our society. It made me think, what is race but a narrative? It’s a narrative that comes together in various ways from different places … particularly how it relates to skin color. I’m interested in it because of how I feel. I have a visceral reaction, particularly in this moment, to the stories and the aesthetics that are really shaking our democracy to its foundation. Look at Trump—he’s literally just an aesthetic. He connects to people’s ideas and stories of who they are, how they view their own stories. That’s what Walter Benjamin and Brecht were talking about. Trump offers them a complete distraction from the reality of their life. 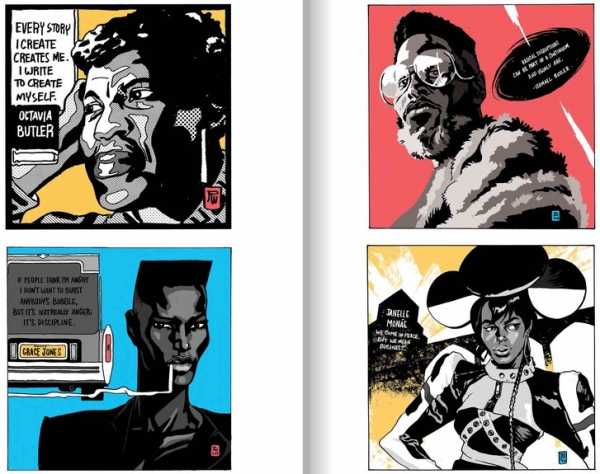 In an hypothetical future, when race would no longer divide us, are there topics that would be as compelling to you?

That’s some heavy-duty philosophical question! [Laughs.] I know I’ll always be interested in history. Josh O’Neil [the publisher of LAAB] and I wrestled with the language to use for our first issue. But I see race as a foil to talk about power. And the discussion of aesthetics is about what certain power dynamics produce. If the race issues get solved … well … If the power issues gets solved … I don’t know, but we’re in a moment where pop culture is the culture … Everybody partakes of it … Anybody—a cartoonist, an artist—can be an actor. And I believe we all have that responsibility.

See “Lighten Up,” a comic-strip essay by Wimberly originally published in the Nib and reproduced in LAAB, below. The first issue of LAAB, published by Beehive Books, will be available in bookstores and comics shops on December 4th.

All images courtesy of Ronald Wimberly. Used by permission.