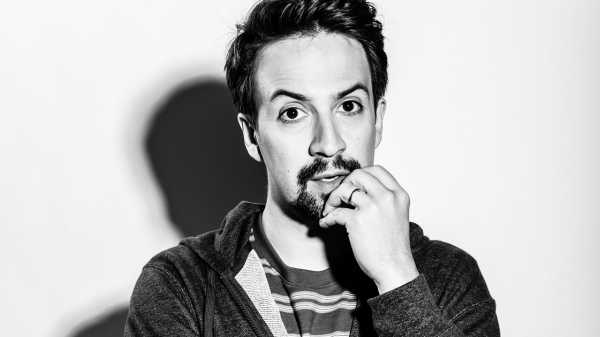 Consensus and bipartisanship seem like a distant fantasy in today’s America. “Hamilton,” the musical created by Lin-Manuel Miranda that débuted in 2015 and is well on its way to becoming a billion-dollar production, is a rare source of general accord. Miranda’s hip-hop-inspired telling of Alexander Hamilton’s rags-to-riches rise is all things to all people: a humanizing portrayal of the Founding Fathers that has just enough irreverence—in its soundtrack and, crucially, in the casting of performers of color in the roles of Hamilton, Jefferson, Washington, et al.—to lend it an air of subversion. Barack Obama once joked that it was probably the only thing that he and Dick Cheney agreed on.

There have been a few notes of dissent along the way, though, particularly from historians. Perhaps no one has been as constant in his criticism as the writer Ishmael Reed. In August, 2015, he published a piece on the Web site CounterPunch accusing Miranda of smoothing over Hamilton’s slave-owning past and overlooking his involvement in the genocide of Native Americans. He insisted that the African-American and Latino actors who were cast must have been “ignorant” of Hamilton’s history; otherwise, they surely would not have helped burnish the legacy of someone who probably hated them. “Can you imagine Jewish actors in Berlin’s theaters taking roles of Goering? Goebbels? Eichmann? Hitler?” he wrote. He published another piece on CounterPunch, about the play’s rapturous treatment in the mainstream press, less than a year later.

Reed, who moved to New York City in 1962, when he was in his early twenties, and co-founded a biweekly underground newspaper called the East Village Other, has described his own writing as “combative.” He has published dozens of books—of fiction, nonfiction, poetry, drama—and is most famous for his satirical novels, including “Mumbo Jumbo,” from 1972, about a conspiracy to stamp out a joyful, liberating virus propagated by black artists, and “Flight to Canada,” from 1976, which comes off as a trippy, inside-out rewriting of “Uncle Tom’s Cabin.” Reed’s works are rooted in a meticulous study of slavery, black performance, and political revolution, but he shapes these materials into sweeping, manic stories that are preposterous and perverse, because they try to make sense of a country that, in its founding, normalized the most preposterous and perverse institution imaginable. Even as Reed has become part of the canon himself, he has remained prickly, resisting attempts to assimilate his work into any story that flatters American progress.

This past weekend, Reed held a public reading, at the Nuyorican Poets Cafe, of a two-act play he’s written titled “The Haunting of Lin-Manuel Miranda.” (He is still raising money for a proper production.) It is, essentially, Reed’s first CounterPunch piece come to life, with a structure nicked from Dickens’s “A Christmas Carol.” In the play, a fictionalized and comically exasperated Miranda is harangued by a procession of ghosts: slaves owned by Hamilton’s in-laws, Native Americans absent from the story that the musical tells, an indentured white servant, Harriet Tubman. Perhaps they are embodiments of Miranda’s conscience—or perhaps, the play suggests, they are by-products of the Ambien that his agent has given him, to help him chill out as they plot their next blockbuster. Throughout these hauntings, Miranda is presented as entirely ill-equipped to deal with any fact-checking, always deferring to his musical’s main source, Ron Chernow’s biography “Alexander Hamilton,” published in 2004. Miranda’s gullibility is a repeated gag, and it went over reliably well with the Poets Cafe crowd. “Hello?!” he earnestly replies to one of the ghosts, in an exchange about Chernow. “He’s a prize-winning historian!” Another time, he simply yells, “But Ron Chernow!” (Reed, who read the part of Miranda’s agent, giggled when one of the ghosts eviscerated Miranda for his “corny” rhymes.)

Nothing really happens during “The Haunting of Lin-Manuel Miranda” beyond this slow chipping away at Miranda’s soft ignorance. During the post-reading talkback, Reed was careful to point out that the play’s central character wasn’t a “villain”—that his sin was merely shoddy research. He does come off as an impressionable dupe, though: “The Haunting of Lin-Manuel Miranda” is, in its current form, as harsh and heavy-handed as the title suggests. Thankfully, none of it was rapped. Some of the history lessons were long-winded and meandering—and maybe slightly confusing without a basic grasp of the original musical. (Reed himself has reportedly never actually seen “Hamilton.”) “The Haunting of Lin-Manuel Miranda” is a minor entry in an important and sometimes overwhelming body of work.

Squabbles and rivalries are often the result of professional jealousy, and previous generations of black and brown artists have warred in the margins over mainstream acclaim. But one of the most interesting aspects of Reed’s play was its evident lack of envy. It portrays the character of Miranda as a kind of victim. At one point, a ghost attempts to remind him that he, too, is a “worker,” a cog producing a six-hundred-per-cent return for his investors, who are the actual villains. Miranda begins to see the light when the ghost of Alexander Hamilton appears and proves to be a craven and openly racist man. He congratulates Miranda on his successful rehabilitation of Hamilton’s slave-owning past. Miranda is horrified. “This is all Ron Chernow’s fault!” he concludes, and he sets off to confront the historian, who, in Reed’s portrayal, is smug and unapologetic. (Miranda finds him practicing a speech in which God retires and asks George Washington to take His place; the scene is a glimmer of Reed is at his wild, hyperbolic best.) Miranda’s agent then arrives with news: he has been commissioned by investors to write a follow-up to “Hamilton,” about Christopher Columbus. It’s a good punch line, albeit one with a questionable gloss on the rapturous audience response to Miranda’s musical, which surely depended, in part, on the extent to which Alexander Hamilton was, in the public imagination, a comparatively blank slate.

Today’s cultural landscape is more diverse precisely because of figures like Reed. In 1976, he founded the Before Columbus Foundation, a nonprofit devoted to promoting works of multicultural literature; four years later, he and the foundation instituted the American Book Awards, which were meant as an alternative to the Pulitzer Prizes and National Book Awards, prizes that had been dominated by white men. These efforts were intended to honor those who had been ignored by the establishment, at a time when it still felt radical to point out the centrality of black creators to American culture. For some, the ascension into the mainstream, in the years since, of artists of color like Miranda is victory enough. (And Miranda routinely uses his power for good, as in his recent attempts to save New York’s beloved Drama Book Shop.) But that is not the future Reed was working toward.

At the public reading, the play’s brusque, polemical energy felt like a throwback to a different time—perhaps to an earlier version of multiculturalism, one that was dissenting and hostile, aspiring to trouble the mainstream rather than enter it. If “Hamilton” is subversive, Reed asks, what is it subverting? Though the musical overthrew Broadway orthodoxy with its casting and music, the version of history that it presents is arguably quite old-fashioned, despite its success in making that history seem hipper. Rags-to-riches stories celebrate exceptions, distracting us from the crookedness of a system that dooms the rest to misery.

There’s a line in one of Reed’s poems, “Neo-HooDoo Manifesto,” from 1972, that’s always stuck with me. Neo-HooDoo is a term that Reed had coined a couple of years before, which he used to describe a system of faith pieced together from various African diasporic traditions, where music, dance, food, speech, and love are all forms of ritual worship. (There’s a version of this in his novel “Mumbo Jumbo,” when a viral spirit finds form in a nationwide dance craze, possessing and transforming those who are open to it.) In the poem, Reed describes Neo-HooDoo as akin to “the music of James Brown without the lyrics and ads for Black Capitalism.” Reed, I think, is getting at the liberating spirit of Brown’s music—an ephemeral quality that can only be felt and embodied, passing from one body to the next, a spirit capable of overturning our present. He wants to distinguish that spirit from the ways in which these same sounds find shape as commodities, as “ads” for capitalism.

In other words, Reed and Miranda look ahead and see different horizons. During the talkback, Reed spoke of rebellion and revolution, the need to resist the one per cent; as “Haunting” frequently reminds us, Miranda has appeared in a commercial for American Express. At the Poets Cafe, Reed’s doggedness felt energizing and yet also somewhat futile. Success seems to mean something different for many artists of color now than it did when the mainstream was uniformly white. It is, often, about representation in blockbusters, about equity and ownership stakes—an infiltration of the mainstream, not a disruption of it. You find fewer people these days regarding things that are popular with weary suspicion, or bothering to ask how one text could plausibly authorize such different versions of American greatness.

It’s okay to admit that Trump deserves some credit for the...

Africa’s scientists encouraged to become the next Einstein