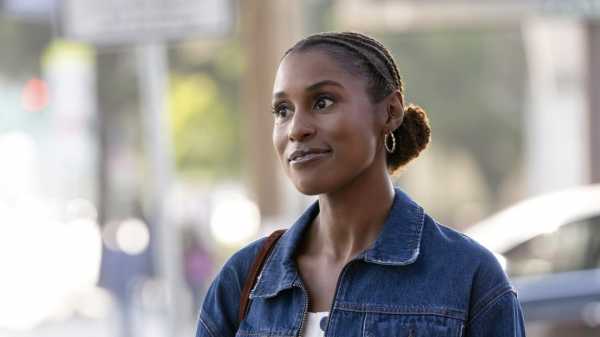 HBO’s “Insecure” routinely earns comparison to “Curb Your Enthusiasm”—both are meticulous comedies of embarrassment, which send their respective authors’ awkward alter egos stuttering through a socially specific corner of Los Angeles. But, watching “Curb,” you don’t exactly root for Larry David to make good choices. Meanwhile, Issa Dee (played by Issa Rae, who created “Insecure” with Larry Wilmore) radiantly earns the sympathy of her viewers. Now in the show’s third season, we protectively flinch as we watch Issa, a blackish thirtysomething, try to create a life for herself amid problems of her own making. In the season’s fourth episode, which airs Sunday night, “Insecure” capitalizes on its promise as a sitcom renovated to allow rare depths of personal transformation.

When Season 2 spun to a close, last fall, Issa was out of place. After a bad night out, she was coming around to the certainty that her defining romantic relationship was irretrievably over. Returning to her apartment in a gentrifying neighborhood, she discovered, taped to the door, a notice that the rent would soon be too damn high. In a tantrum, she smashed up her apartment. (She had cheated on her boyfriend, Lawrence; she was a home wrecker wrecking herself.) The season ended with her slumping into the apartment of Daniel, the friend with whom she’d been unfaithful. “I’m sleeping on the couch,” Issa says. “I know,” Daniel replies. The chill between them flash-froze the narrative at a crisis point.

The first episode of Season 3 began, and ended, with scenes of Issa failing to sleep on the couch, and instead climbing into her car to drive a Lyft shift. She’s not exactly homeless, more like dispossessed, a child of the black professional class exiled into the gig economy. Her apartment search bears no fruit. By the third episode, she has moved from Daniel’s couch to his bed, co-sleeping, sexlessly, for the sake of her neck, her back—but what about the rest of her? One morning, after he scolds her for eating in bed, Issa indulges the fantasy of a blissful hookup, during which she scarfs, from the offending snack package, what looks like Xxtra Flamin’ Hot Crunchy Cheetos. Such antic eruptions of id became more prominent in Season 3, replacing the signature bits from previous seasons in which Issa, an amateur rapper, rhymes at herself in the mirror. Both devices offer access to Issa’s anxious interior, but the mirror monologues, reflective in spirit, affirmed the sense of a person hustling to evolve. They play on a tension between the swagger of the performance and the passivity of the character.

At the start of Episode 4, titled “Fresh-Like,” the looking-glass rapper returned, in an opening that marked a pivotal point in the series. “Hey, Mirror Bitch. It’s been a long time,” she raps to the smudged bathroom cabinet in a new apartment that’s all hers. “I shouldn’ta left you,” she continues. “But I got a new spot—it’s brand new.” (She got a deal by signing on as the apartment manager, introducing a ripe comedic opportunity for her to be the Schneider or Roper in her own situation.) It’s a pep talk that foreshadows the journey to follow, in which Issa openly evaluates her personal history and hopes, and has a transformative moment of self-recognition. The appearance of the mirror strikes a tonic note of introspection, and the ritual of it is a sort of sage-burning. The episode offers a homecoming and a housewarming. Issa vows not to botch the claiming of “a new me” and tries to embrace decluttering as spiritual cleansing, but she vacillates on deciding what to keep (her high-school rap journal, with its rhyme of “big dreams” and “big schemes”?) and what to purge.

On a lunch break from a job that, like her old mix CDs, she cannot yet bring herself to discard, she goes for a taco and re-meets Nathan (Kendrick Sampson), an eligible bachelor who was introduced in an earlier episode/season as one of her Lyft passengers. They embark on an impromptu date, during which Issa gives Nathan, who is new in town, a walking tour of black Los Angeles, from Leimert Park through Baldwin Village and up to bougie Baldwin Hills, where she grew up. Rambling as in a Richard Linklater film, they stroll at a lusciously easy speed, as the show’s attention to place interlaces with a search for self.

Top two can continue to make the right early impression

Donal Óg Cusack calls out ‘voices of regression’ in Offaly

A Tribute to Cousin Greg, the Secret Weapon of “Succession” |