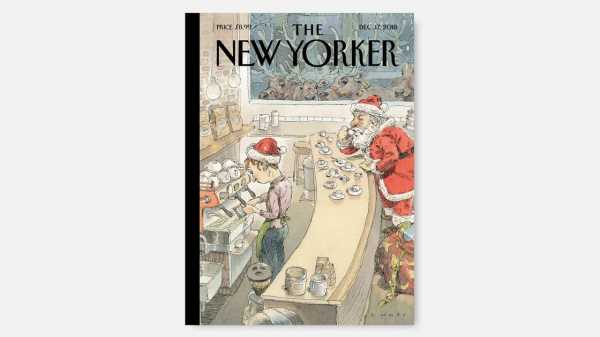 This week’s cover sees Santa off his sleigh, away from his reindeer, and inside a rather chic café, feverishly gulping down a caffeine fix. (He’s got a long night ahead of him, after all.) We recently talked to the artist John Cuneo about his inspiration for the image.

Animals are a big theme in your work. Had you drawn reindeer before?

I have, for Christmas cards mostly, but it was awhile before I did any research on what they really look like. They aren’t your cuddly “Fantasia” deer—less Bambi, more beast. To me, they look like they smell worse than your basic domestic version.

How does an idea like this strike you? It’s a lovely touch to bring Santa down to earth.

Christmas seems like such a brutal gig. When I was a child, in Jersey, I would be very worried about the logistics: the weather, the mileage, the size of the sack, the width of the chimney. Back then, we would leave milk and cookies out. But now I realize that caffeine would be essential. It’s not a kombucha moment. On the night before Christmas, the only thing stirring should be Santa with a café americano, a spoon, and maybe a little half-and-half.

Do you have a favorite depiction of Santa?

I loved Haddon Sundblom’s Santas from the Coke ads—all candle-lit and cherry-cheeked. That luscious, chunky kind of painting still thrills me. But being a pen-and-ink guy, I also gravitate to the drawings. And not just to those of Thomas Nast, but to the older Dutch engravings of Sinterklaas, or St. Nicholas. He wasn’t as fat and jolly, and he had a hat like the Pope.

The classic George Price cover, with the Santas on the subway, is indelible as well. It was a revelation to see that (mall) Santas could be drawn two dozen slightly different ways. And, of course, bringing Santa down to the commuter level was brilliant. It probably influenced my drawing of him here, on a corporeal plane and fuelling up for a long night. 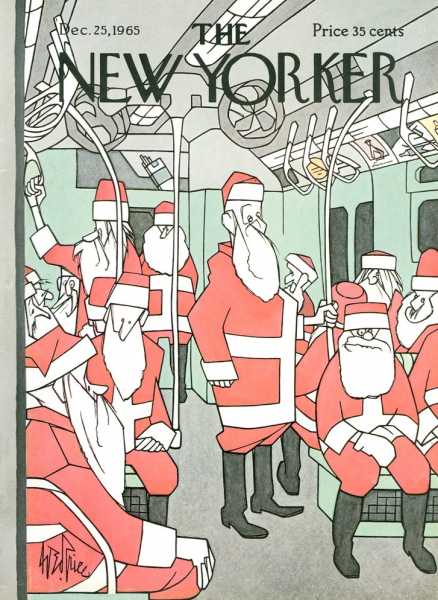 Do you need your own caffeination while working?

I find coffee as indispensable as pen and ink. It’s mandatory, it’s a crutch, it’s a reward, it’s kind of pathetic. Over many years of trial and error, I’ve developed a keen sense of the maximum amount of caffeine I can pour into my system and still be able hold a watercolor brush without shaking. For a freelance illustrator, it’s small triumphs like this that keep one going forward.

For more Christmas covers, see below: 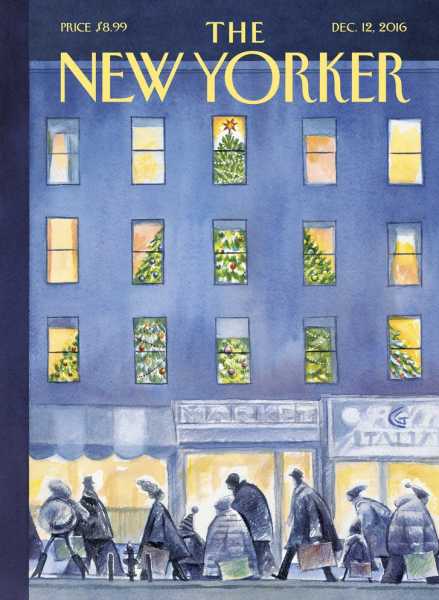 “Forest for the Trees," by Carter Goodrich 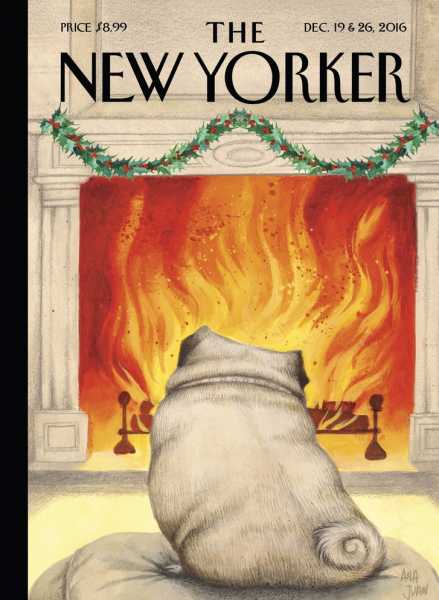 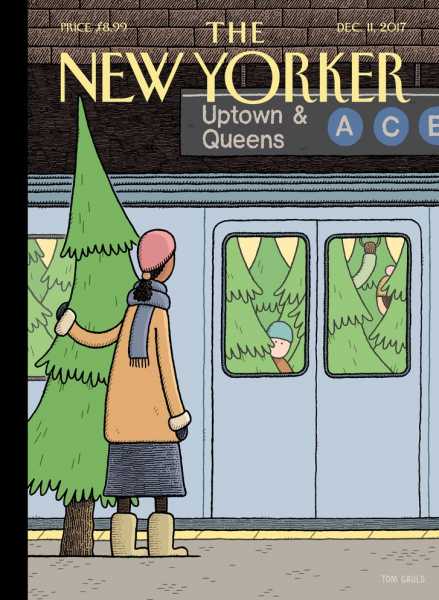 The case for a universal basic income, open borders, and a...