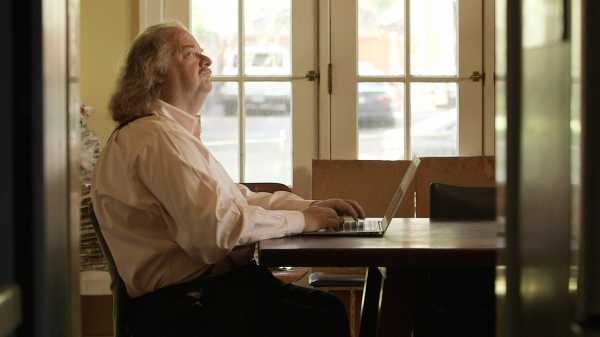 When you are from Los Angeles—as I am, and Jonathan Gold was—you hear a lot of garbage about how L.A. has no culture, how the people there are dumb and apathetic and hot. All of this conventional wisdom is contradicted every day by your own lived experience of the city, which is rich and varied and deep. As a kid growing up in the Valley, I would pick up L.A. Weekly on publication day and consume the whole thing, poring over the writing, the alt-comics, the calendar listings, and the sex-hotline ads. The paper was a tour guide to the city, and Gold’s reviews were its obsessive culinary map.

I first met Gold, who died on Saturday, at the age of fifty-seven, when I moved back to Los Angeles after college. I had started a blog with a couple of friends. We wrote it entirely for free, under the misguided impression that it might eventually begin to make money. A mutual friend introduced Gold to me over e-mail. Gold agreed to meet to give me advice.

We met for lunch in Culver City, where Gold was reviewing a health-focussed restaurant whose chef was Barbra Streisand’s personal macrobioticist—not his usual fare, but he approached it with the same wholehearted interest as he would have a Korean-barbecue joint. Gold and I were both middle-class, half-Jewish kids who had gone to high schools full of terrifying rich students. We were both redheads, and bonded over our inability to go outside without sunscreen. He told me that he was a fan of my blog and encouraged me to submit my writing to the Weekly, where his wife, Laurie Ochoa, was the editor at the time, and where they both served as generous mentors to a generation of younger journalists. Gold made me feel like there was a community of L.A. writers for me to join.

Gold started at L.A. Weekly in the eighties, a time when the city’s public image was all bikinis and mansions and its reality was racist police violence and extreme wealth disparity. In his writing, Gold depicted the city in a way that it had rarely been seen before: both realistically and optimistically. He wrote firsthand about the 1992 riots, an uprising in protest of the verdict in the Rodney King case, in Koreatown, not far from his home. In the aftermath of the unrest, surveying the damage, he wrote, “A lone, well-lighted Salvadoran restaurant in a blocklong burned-out mall stands improbable sentinel, churning out pupusas and carne asada although surrounded on either side by ruined stores, smoking rubble and military patrols.”

Before Gold became a restaurant reviewer, he was a music writer—the kind whose voice you recognized within the first sentence of a piece. He wrote about punk and then covered the eighties Sunset Strip hair-metal scene without any of the snotty cynicism that other punks might have brought. He covered West Coast rap when mainstream music mags like Rolling Stone still had no clue, writing the first cover story about N.W.A. When he was a guest on my (now defunct) podcast, “North Mollywood,” last year, he told a story after the taping about how Suge Knight had wanted Gold to be his personal journalist, the in-house Death Row scribe with access to everyone on the roster. Gold declined, and then managed to avoid running into him again until they were on a plane together, and Knight gave him a nod of recognition.

When Gold began to focus on food, he wrote about the incredible Chinese restaurants of the San Gabriel Valley with a healthy self-awareness about being a white person coming into P.O.C. spaces. He wrote beautifully about greasy spoons and burrito stands, celebrating them without a hint of condescension. He took a scholarly approach to eating at every restaurant in Los Angeles, investigating almost any sign he’d never seen before. He slipped interesting bits of L.A. history into his reviews, like the fact that the widely available pastrami burrito is the result of Jews and Mexican immigrants living together in the thirties in neighborhoods like Boyle Heights. Even when he ascended to the role of food critic at the Los Angeles Times, in 2012, and more regularly went to the kinds of places that serve you spider-silk cotton candy on a mossy coastal rock for a hundred dollars, he remained a champion of immigrant-owned restaurants and female chefs.

Gold paved the way for a new batch of young, diverse L.A. journalists to carry on the tradition of writing about the city the way it really is. Unfortunately, there are a declining number of outlets at which journalists today can develop their voices. L.A. Weekly was bought, earlier this year, by a shadowy company that fired almost the entire staff and put out a statement saying that the new paper would challenge the notion that L.A. has “no culture,” having no awareness of how the Weekly had been proving that notion wrong for decades.

Gold exemplified why local journalism matters. He loved Los Angeles and wrote about what was worth loving about it without turning a blind eye to its multitude of serious problems; in writing about the city, he made people see it more honestly, and more generously. When outside validation came in the form of a Pulitzer Prize, in 2007, he didn’t change course at all. He continued to opine about the superiority of L.A. burritos as compared with their larger San Francisco brethren. He was nice to everyone, always willing to answer your silly food questions. He stayed local because he cared about Los Angeles, because he was Los Angeles.

In our last exchange, we discussed how sad it was that several longtime L.A. diners were closing down amid the citywide rent crisis. There was Du-par’s, a late-night mainstay that appeared in “Boogie Nights” and which Gold once said had “the Valley’s best pancakes and worst coffee.” There was Twohey’s, in Alhambra, whose bittersweet-chocolate fudge sundae he praised in several columns as his favorite in L.A. since the demise of a place called C.C. Brown’s. L.A. is often depicted as a city that paves over its past, but in all of his work Gold unearthed and honored the history of Los Angeles. He acknowledged that his tastes were sometimes driven by emotion or nostalgia. Whose aren’t? He talked about driving long stretches of L.A. to calm down, taking in the city on its own terms. Outsiders find the city’s centerlessness strange, but Gold knew how to navigate it: block by block, with an open mouth and mind.

Bitcoin, Litecoin and LoveCoin: A Brief Overview of Cryptocurrencies