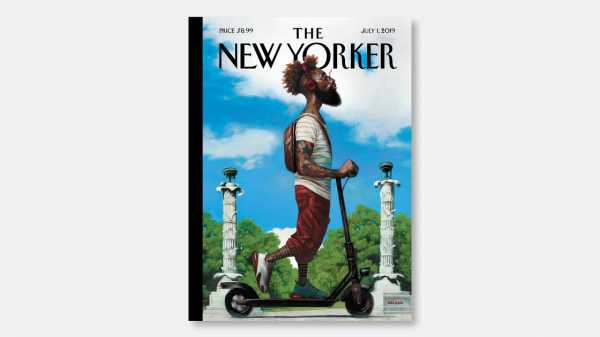 Kadir Nelson has often studied the joyful slivers of city life: sitting on a stoop, playing in the street, enjoying a popsicle in the park. Now he presents a more specific, modern portrait of New York, which features the hipster and his chosen steed. We recently talked to Nelson about the image.

Prospect Park is usually overshadowed by a certain park in Manhattan. What makes Prospect unique?

Well, it has beautiful, wide-open spaces and plenty of activities you’d find at Manhattan’s famous park. But the setting is different—it’s smaller, and right in the heart of Brooklyn, which is one of my favorite places in the world. I love any park that’s well maintained. 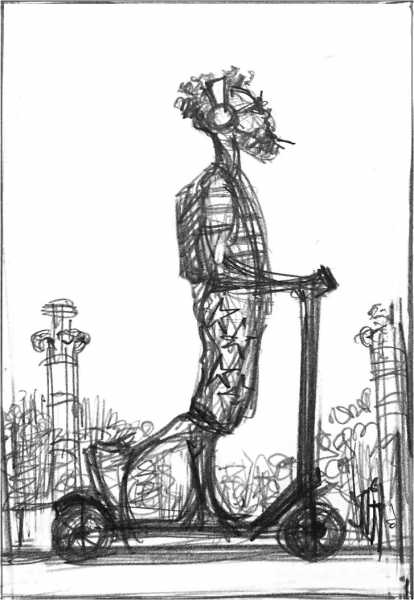 You went to art school in Brooklyn, so you perhaps know something about hipsters. Have they changed all that much?

I can’t say I’m familiar enough with hipster culture to say, but I noticed during a recent trip to New York that both hipsters and electric scooters were everywhere. I wanted to create an ode to them. I went to Pratt Institute during the nineties, and I have fond memories there; I lived in the neighborhood but left just before the hipsters moved in. Brooklyn in the early nineties was rougher, hard-edged. Nowadays, it's a lot more gentrified and affluent.

You live in Los Angeles. Is there any difference between East and West Coast hipsters?

Both East and West Coast hipsters are much cooler than I could hope to be. I’ve just been watching from the sidelines.

The profile of the man here echoes the dandy on our first cover, Eustace Tilley. You seem fond of painting profiles: Do they reveal more than a frontal portrait?

I think attitude is what makes the images of both Eustace and this character work. The side view and tilt of the head creates an appearance of high-handed obliviousness. That, combined with this character’s stylish outfit, patriotic tattoos, and wireless headphones, make him very contemporary and unapologetically American. 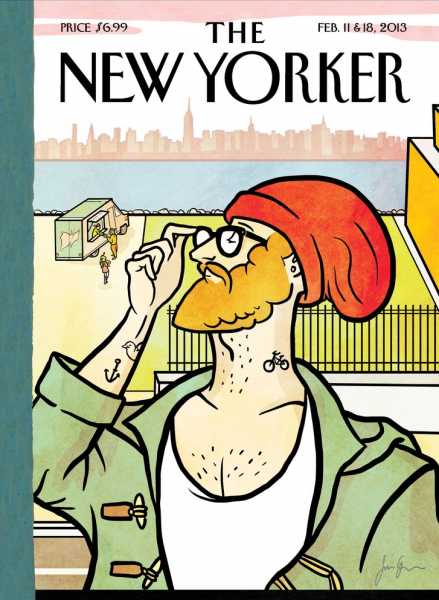 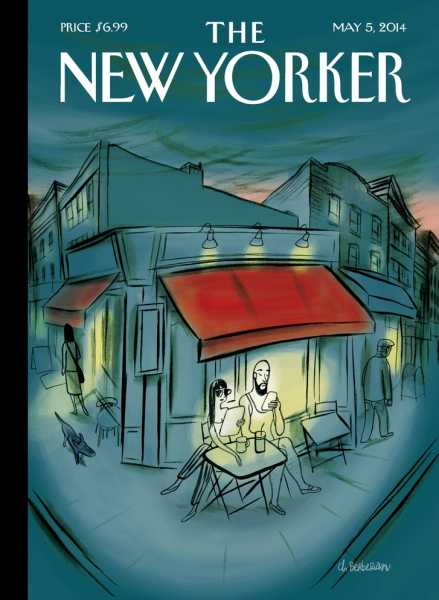 “Out and About,” by Charles Berberian 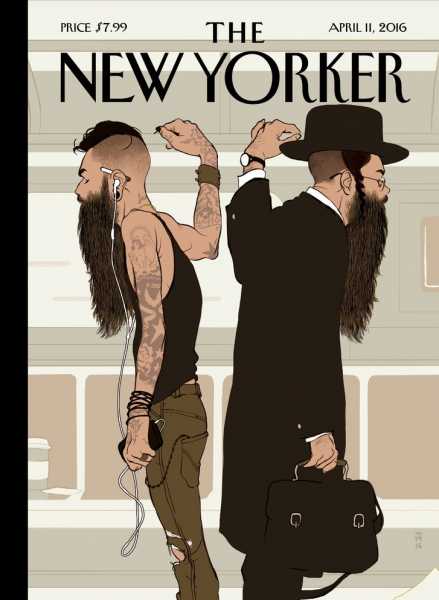 Why a better economy won’t stop the opioid epidemic