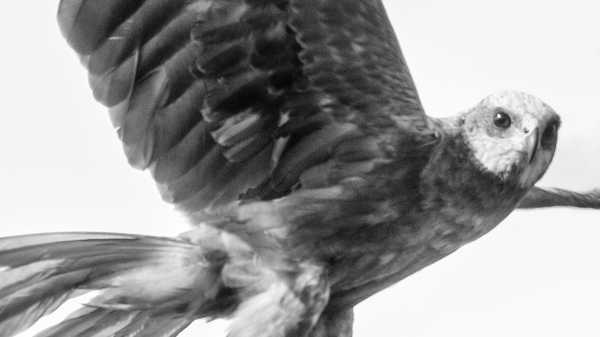 A pillar knocked into the ground next to a stream in a flat, open landscape, trees and houses visible in the distance, beneath a vast sky. That is the backdrop to all the photographs in Stephen Gill’s book “The Pillar.” We see the same landscape in spring and summer, in autumn and winter, we see it in sunshine and rain, in snow and wind. Yet there is not the slightest bit of monotony about these pictures, for in almost every one there is a bird, and each of these birds opens up a unique moment in time. We see something that has never happened before and will never happen again. The first time I looked at the photographs, I was shaken. I’d never seen birds in this way before, as if on their own terms, as independent creatures with independent lives. 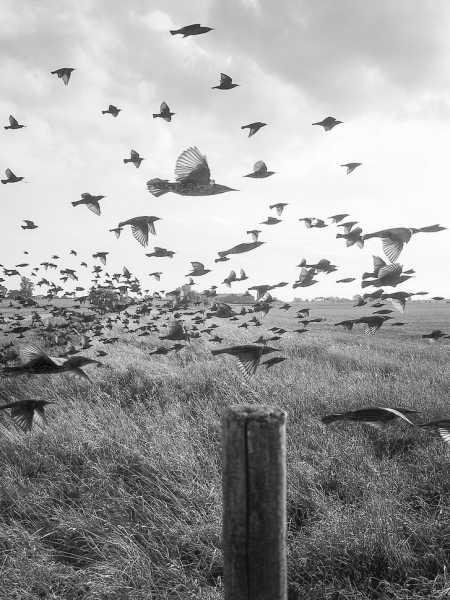 What was shocking about it was that I already felt familiar with birds, as I imagine most people do, since we can hardly go anywhere without being surrounded by them in one way or another. Here, where I’m sitting, in London, if I turn my head and look out of the glass doors, two, perhaps three seconds will go by before a bird passes over the trees and rooftops. But this is precisely why they evade us. Either we fail to see them fully, because they are merely birds, or else we see them in certain preconceived ways—the majestic eagle, the wise owl, the crafty magpie. This is what makes Stephen Gill’s bird photographs so outstanding. To look at them is to come to a new place, a new land—a birdland. And this is so because these photographs were not taken by any human hand. No human was even in the vicinity when the images were captured, and therefore they exist outside the realm of our human feelings, outside our preconceptions, within the realm of the accidental, in the world of the birds themselves. 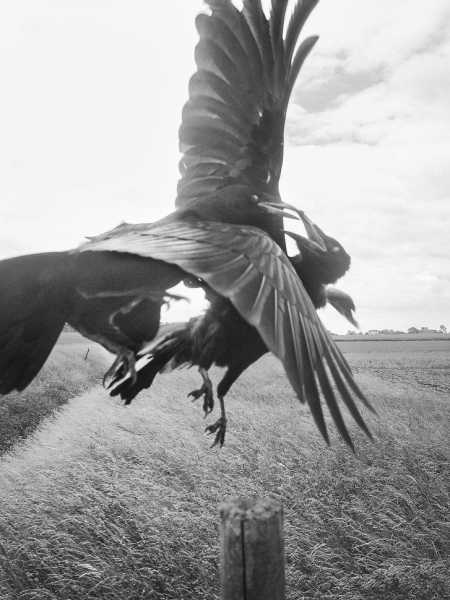 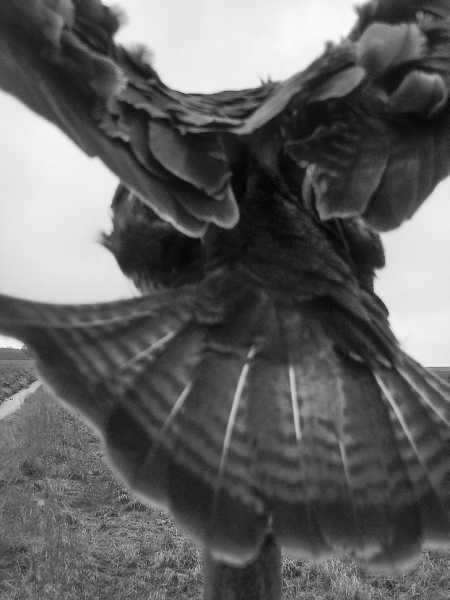 What Gill did was erect a pillar a few hundred metres from the house in which he lives, outside the village of Glemmingebro, in the area of southern Sweden called Österlen. Next to that pillar, he erected another, with a camera on it. The camera was equipped with a motion sensor, and the idea was that birds would settle on one pillar and be photographed automatically by the camera on the other. “I decided to try to pull the birds from the sky,” he said. 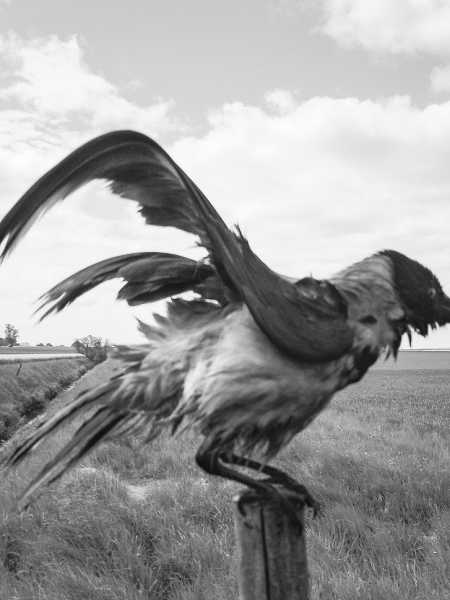 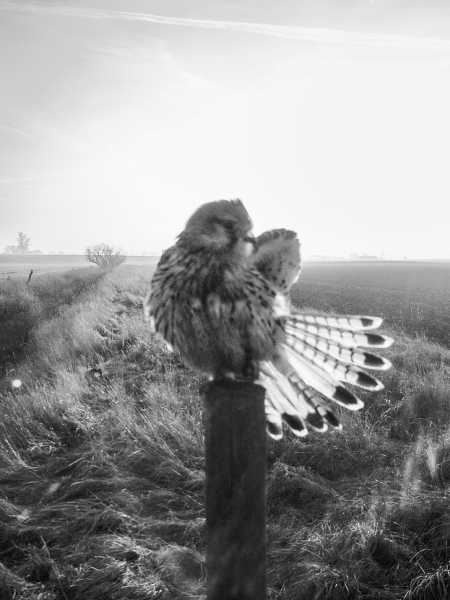 And that was what happened. All kinds of birds, from the smallest sparrow to the biggest eagle, were drawn to the pillar. Not only were they drawn down from the sky but the sky was drawn out of them: the birds in Gill’s images are so physical, so of the body, so material as to make plain to us how even their flight belongs to the ground. These birds came from the earth, there is nothing ethereal about them. The order to which they belong is prehistoric, predating our own by millions of years, and, although they have developed optimized beaks, claws, eyes, wings, they still struggle against matter every single day, the way they’ve always done—tossed about by the wind, compelled from their perches, dipping their wings to the water on hot summer days. That they are never perfect, that they are forever improvising, that no fixed form exists in their lives, are things I have never thought of as applying to birds until I saw these photographs. 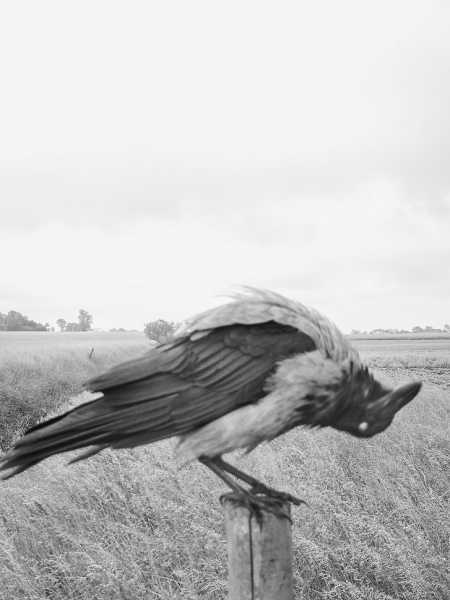 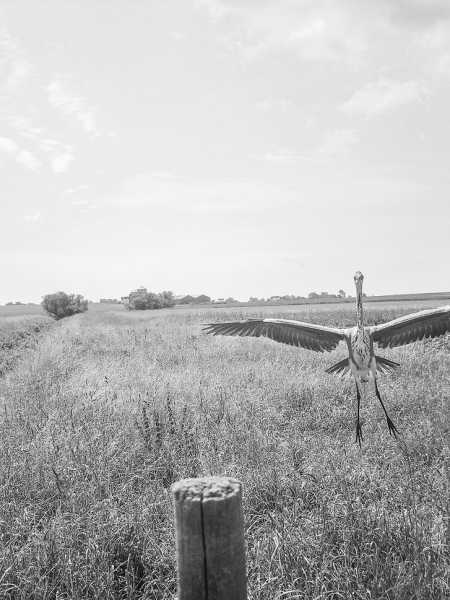 On one occasion when I visited Gill, it must have been last summer, I remember us standing in the farm yard, a hazy sky, the warmth in the air, the pillar about a kilometre away, the camera presumably photographing birds as we talked. He told me about a pair of wood pigeons that were nesting in a tree on the property. They’d first appeared four years before, building their nest, laying eggs, hatching them, and feeding their young—and just before the young reached the fledgling age a goshawk had come and taken them. But, the following spring, the pair returned to lay new eggs, feed new young—only for the goshawk to come and take them again, just days before they were ready to fly. Strangely, this didn’t stop the pair from returning, again and again, to the very same place, with the very same result. 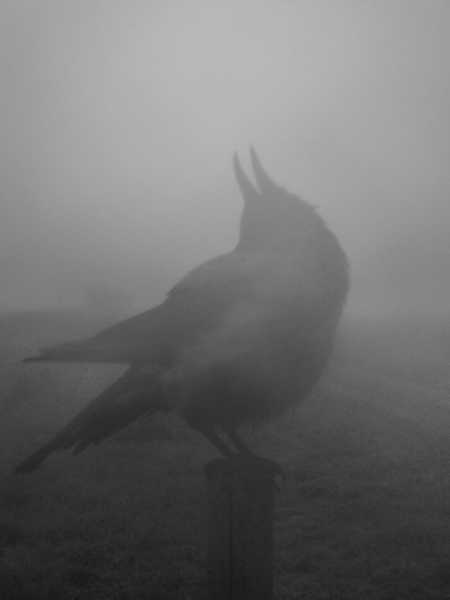 The story is a gruesome one. The wood pigeons did not only lose all their young that first spring; they exposed themselves to the same danger again, not just once but three times over, in each case with open eyes. They could do this only because they lack any conception of past or future, living their lives wholly and fully in the now, and in the now there is no goshawk. In the now is the nest, the eggs, the sun, the leaves of the tree, the warm air, the sounds drifting up from below, hunger, thirst, the overwhelming instinct that compels them to feed their screeching young. From the viewpoint of the wood pigeons, their life is no tragedy. They are, on the contrary, joyful: listen to how they coo, see how busily they seek food for their hungry chicks.

Who would not cast away all concern and simply live, simply be? It’s a question that has divided philosophers. According to Søren Kierkegaard, to be present in the world—to be present to oneself in being today, as he put it—is barely distinguishable from entering God’s kingdom. To Martin Heidegger, animals are “poor in the world,” captives of their surroundings and functions, as if hypnotized by them. Their joy is that they know nothing else. But when I look at Gill’s birds again, this whole issue dissolves. It belongs to thoughts, to the writing desk and to books, whereas the birds are in the world, perched on a pillar above the grass, which is long and dry with summer. The air is warm and busy, as it so often is on this flat expanse of land. The bird, a pigeon, sits motionless, looking out into the landscape. Its eyes are as round as marbles, and while compared with our own eyes something much simpler shines in them, their light is nevertheless recognizable to us, for it is life itself. 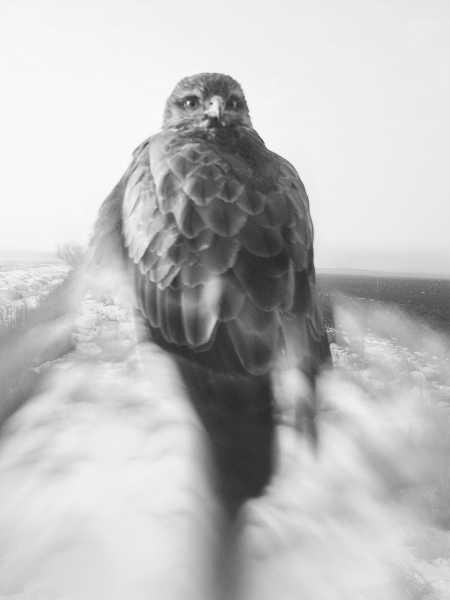 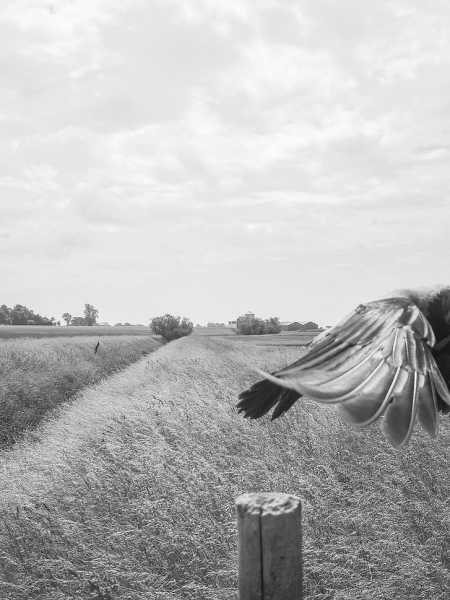 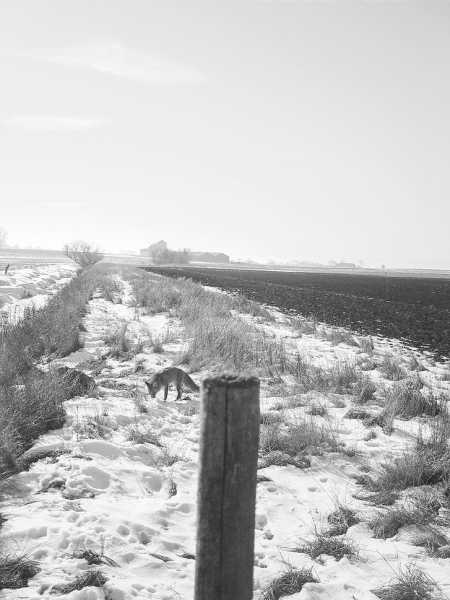 This piece was drawn from an essay in “The Pillar,” by Stephen Gill, which is out now from Nobody Books. It was translated by Martin Aitken.