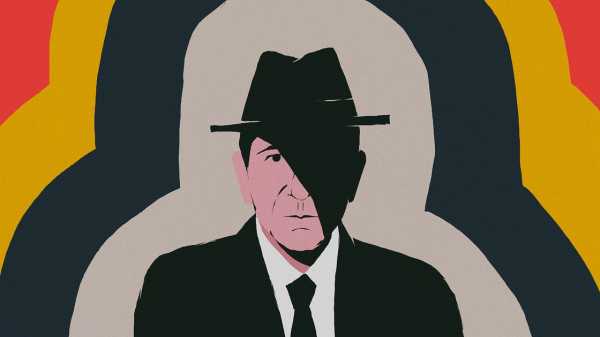 A new short film captures some of Cohen’s reflections on creativity and spirituality, and on preparing for the end of life.

A few years ago, a friend of mine talked to me about the possibility of my meeting, and maybe writing about, his close friend Leonard Cohen. The two had met one night at a grocery store near Mount Baldy, outside of Los Angeles, and had been boon companions ever since, talking about music, literature, religion, mysticism—an unlimited and ongoing conversation.

In the midst of the 2016 Presidential campaign, my friend and I called on Leonard at his home in Los Angeles, a modest house in a neighborhood known as Mid-Wilshire. He answered the door wearing a dark suit. It was clear that he had lost a great deal of weight. In fact, he was dying, and, at times, in considerable discomfort. All the same, he had written and recorded his last album, “You Want It Darker,” in his small living room, where he kept a keyboard synthesizer, a couple of guitars, and a studio-quality microphone. He put down his tracks and sent them to his producer, and the album, a great one, with elegiac songs such as “Leaving the Table,” “On the Level,” and “Treaty,” took shape. For two long days, Leonard and I talked—about music and poetry; about his early life in Montreal; about heartbreak, aging, illness, friendship, love . . . about so many things. In this short film, you can hear some of Leonard’s reflections, in his own voice.

“I know there’s a spiritual aspect to everybody’s life, whether they want to cop to it or not,” he said at one point. “It’s there, you can feel it in people—there’s some recognition that there is a reality that they cannot penetrate but which influences their mood and activity. So that’s operating. . . . Sometimes it’s just, like, ‘You are losing too much weight, Leonard. You’re dying, but you don’t have to coöperate enthusiastically with the process.’ Force yourself to have a sandwich.”

“What I mean to say is that you hear the Bat Kol.” The divine voice. “You hear this other deep reality singing to you all the time, and much of the time you can’t decipher it.” He said the voice had changed over time. “It’s very compassionate at this stage. More than at any time of my life, I no longer have that voice that says, ‘You’re fucking up.’ That’s a tremendous blessing, really.”

Gareth Southgate’s England are writing a new story in Russia