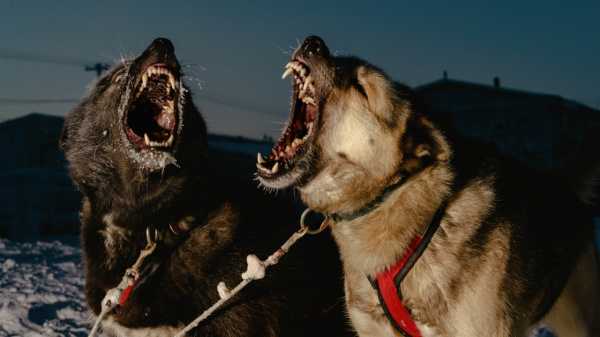 Utqiagvik, Alaska, is the northernmost city in the United States. Situated more than three hundred miles north of the Arctic Circle, with a population between four and five thousand, it sits on a promontory that juts into the Chukchi and Beaufort Seas, with no roads or railways connecting it to the rest of the state. With the exception of a seasonal summer barge that carries heavy provisions and equipment, all supplies and visitors must arrive via modified passenger planes, which make stops to pick up new passengers and provisions, not unlike large, airborne buses. As the Northern Hemisphere tilts away from the sun in the winter months, communities close to the North Pole experience a phenomenon known as polar night: a period of uninterrupted darkness. In Utqiagvik, this lasts for approximately two months of the year. 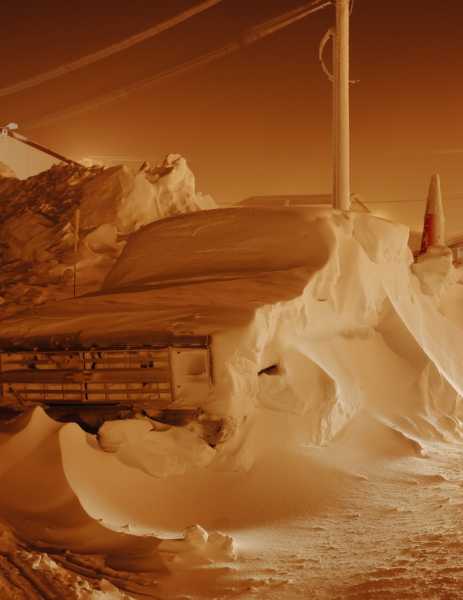 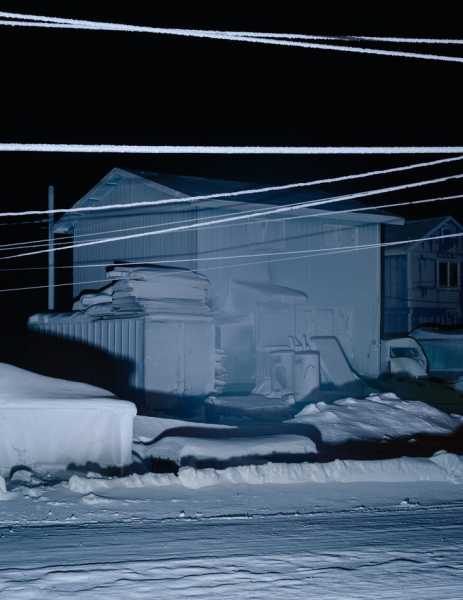 The photographer Mark Mahaney travelled to Utqiagvik this past January, during the final days of the season’s polar night. “Landing, it looked like we were dropping down onto the moon,” he told me recently. As soon as the plane doors opened, frigid air flooded the passenger compartment. Mahaney hurried off and into the airport, where a tiny room a little bigger than a two-car garage serves as the security, check-in, waiting, and baggage-claim areas. Mahaney’s fellow-passengers were members of Utqiagvik’s high-school basketball team: players fly in and out for every game. 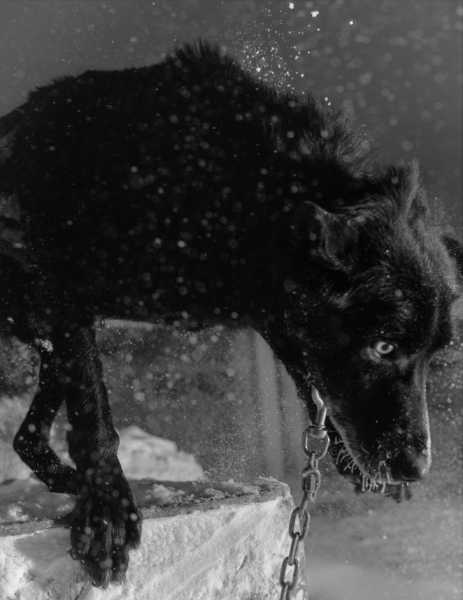 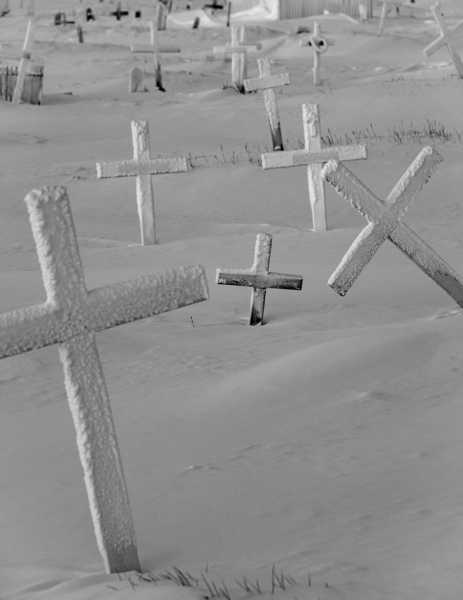 The bitter cold—which ranged, last January, from around seventeen degrees Fahrenheit (not so different from winter in New York City) to a brutal negative twenty-eight—initially hampered Mahaney’s ability to meet locals around town. During the “day,” he would see people making hurried trips to work or to the grocery store; at night, the streets were deserted. Mahaney traipsed around in the dark, photographing buildings and cars caked with layers of snow. In his photographs, which are collected in a new volume from Trespasser, Utqiagvik looks abandoned. Dogs materialize as quiet, watchful shadows, or else with teeth savagely bared. Other living things barely make an appearance, though there are hints of humanity: stale light shining weakly through windows encrusted with ice, or headlights on a road. There is only one portrait in the entire series, of a young man dressed in a wrestling singlet, crouching down as if about to begin a fight. His face comes as something of a shock: after so many photographs of darkness and ice, the warmth of the man’s skin and the interior setting feel disorientingly out of place. 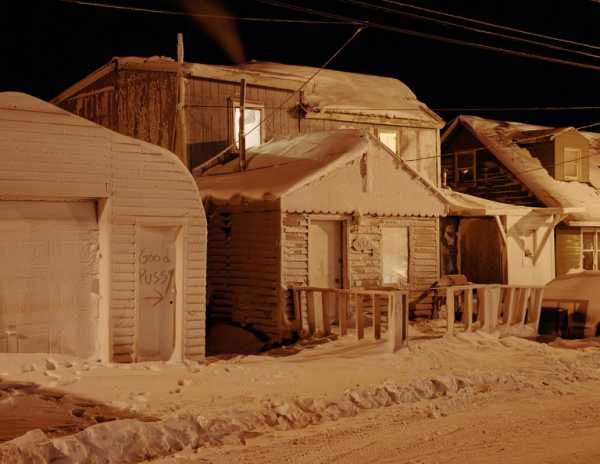 Though Utqiagvik’s residents were welcoming of an outsider, Mahaney said there was one topic that he found many people reluctant to discuss: their changing environment. The Arctic Ocean is heating up twice as fast as the rest of the planet, and the warmer waters are altering life in Utqiagvik in unforeseen, and perilous, ways. Whale hunting, for instance, a tradition in Inupiat culture, is threatened in many areas around Utqiagvik, where, during the spring season, the ice is no longer stable enough to support hunters dragging whale carcasses out of the water. Yet a primary cause of climate change—fossil fuels—is also the main source of livelihood for much of Utqiagvik, which leases its land to the Prudhoe Bay Oil Field, the largest oil field in North America. 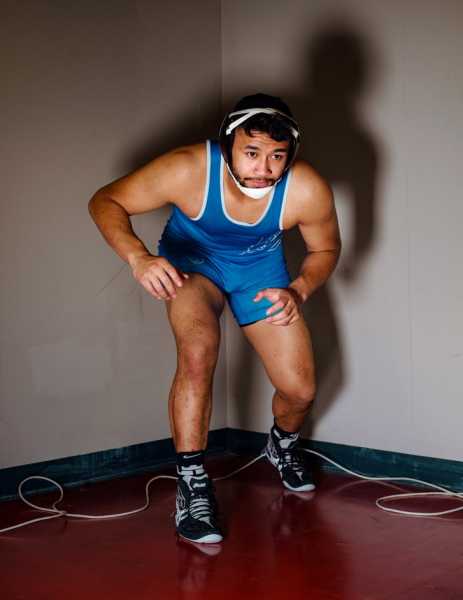 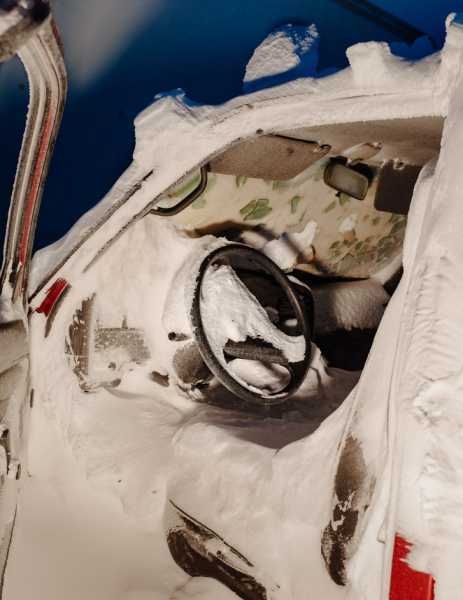 The photograph that ends Mahaney’s series was taken after more than sixty days of darkness. Light has just started to suffuse the sky, rosy pink hues bleeding into gray. Two massive whale bones, stuck vertically into the ground, form a gentle curve, like a doorway. A modern boat leans heavily away from the camera; next to it are skeletons of the traditional boats that the Inupiat have used for generations. It’s at once a hopeful image, with the touch of light, and an elegiac one; what other darknesses are in store for this northernmost patch of America in the years to come? 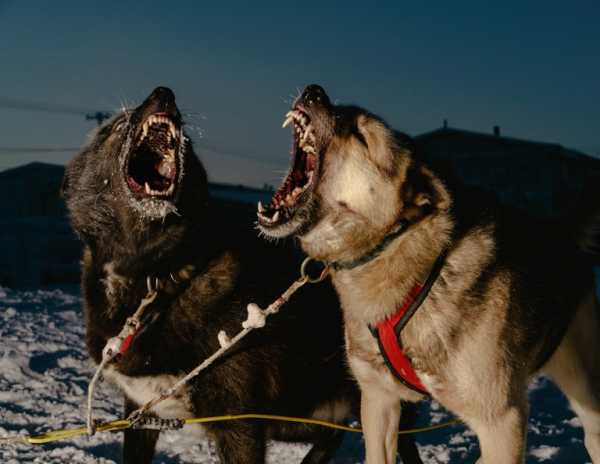 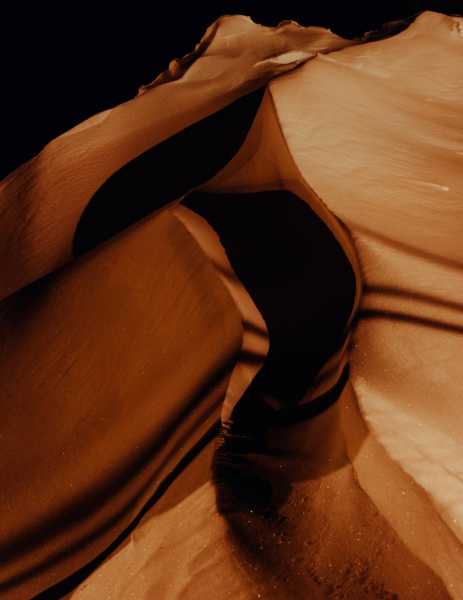 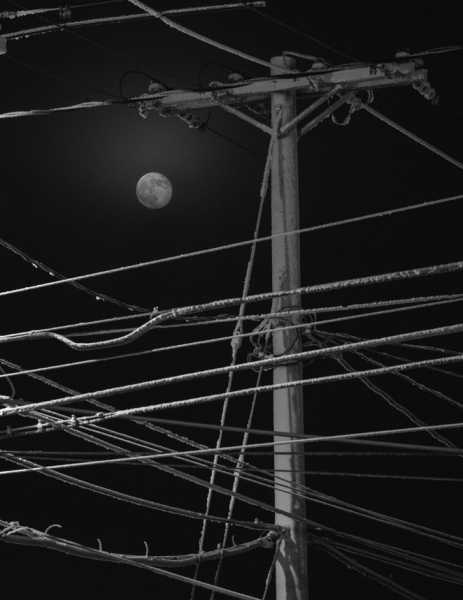 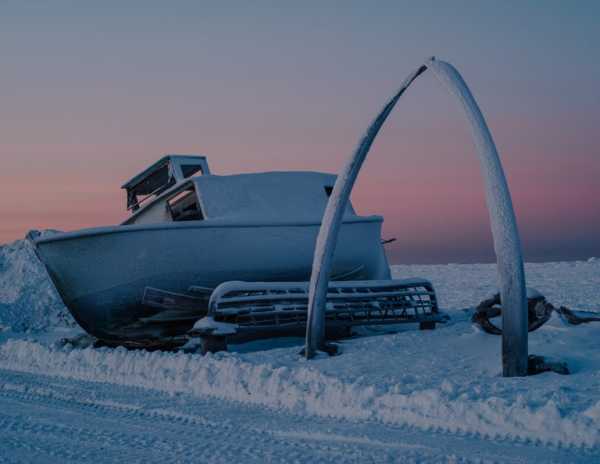