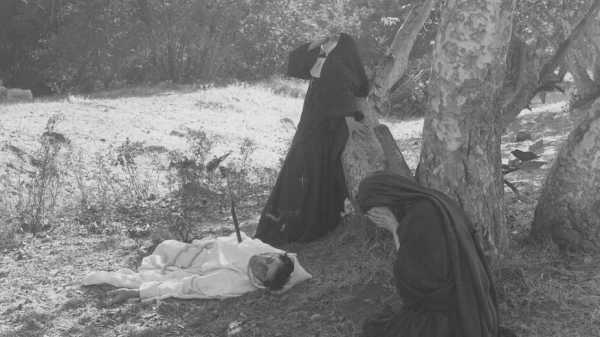 The centerpiece of an essential series that starts Friday at BAM Cinématek, “Pioneers: First Women Filmmakers,” is a group of movies directed by Lois Weber, one of the most innovative filmmakers of the early-silent-film era. Much of her work has been lost; several films have been shown (and even released on DVD) in recent years, but the batch playing at BAM greatly extends the knowledge of her work and reveals her vital artistic significance.

As a young woman, Weber, born in 1877, was a street-corner preacher and an activist with a religious organization, and then had a career as a concert pianist and an actress before directing her first short films, in 1908. (They were, in effect, music videos: film clips synchronized with records.) She was soon joined in the film business by her husband, Phillips Smalley, a lawyer turned actor, and they became a producing team. (Smalley also directed many films, and appeared in some of Weber’s.) Weber’s technical aplomb was displayed in the short film “Suspense,” from 1913, which screens on July 20th. It’s an action thriller with a moral core—a woman, left alone with her infant in a remote house while her husband’s at work, is threatened with rape and attempts to elude the assailant. Weber makes extraordinarily agile and expressive use of the camera, with jolting angles and shifts in perspective, and also editing and effects.

Here and elsewhere, Weber’s work derived its energy from her religious and social ideals, which, far from offering a mere overlay of messaging, gave rise to an original sensibility and directorial imagination. For instance, her two-part feature “Hypocrites,” from 1915, which also screens July 20th, offers a religious vision with the expansive and even reckless audacity of a cinematic manifesto. The first part is set in an unspecified earlier time, in a monastery, where the monk Gabriel (Courtenay Foote) lives and works in isolation from the rest of the brothers. He labors in a walled-in courtyard, becoming the subject of suspicion (and, to one nun, admiration), until he’s ready to unveil the product of his exertions. The members of the religious order, and the nearby townspeople, congregate. Weber scans their faces in a series of insistent, probing tracking shots—the camera both glides past them and rises and dips to catch details of the décor.

Then Gabriel shows his work: a luminous and confrontationally frank neoclassical statue of a naked woman, a sculpture labelled “Truth.” A title card states that he “presents Truth to the people,” and, of course, the people can’t stand it. They’re shocked by the nakedness of Truth; they throw rocks at the statue, hide their heads, laugh, rush at it and veil it. Then they riot, attacking Gabriel—as the nun who admires him stays aside, in lamentation. But, with the attack on Gabriel, his statue isn’t destroyed—rather, it vanishes, fading out along, so to speak, with truth itself.

The movie’s second part is set in modern times—specifically, on July 12, 1914, a Sunday—in a church where an idealistic young minister (also played by Foote) is delivering a sermon on hypocrisy. The minister is met with the same mockery as Gabriel was: though some parishioners listen attentively, others yawn, frown, and grumble, and some members of the choir read a newspaper. (The minister gets hold of it—it features an article about a scandal in Paris over a painting of a naked woman called “The Truth.”) Soon after the end of the service, the church elders—all men—decide to fire the minister.

What follows is an extraordinary dream sequence, allegorical and allusive, in which the minister is Gabriel. He is accompanied by two women of the congregation, whom he leads on an arduous path, up a steep incline, that his parishioners, below, refuse to follow. (The sequence yields wonders of pictorial ingenuity involving daring schemes of contrast and silhouetting.) The movie’s formal and intellectual complexity emerge all the more forcefully here, with the minister’s vision of “The Gates of Truth”—actual gates, which open for a naked woman (played by Margaret Edwards), who, however, is transparent, placed there as a superimposition, a special effect. She accompanies him on a journey through modernity, holding her mirror up to politicians, socialites, and a poor family, and revealing in it the secrets of corruption and deceit that are concealed in their vain displays on a rostrum, in a salon, in a tenement. But she also holds the mirror up to the minister himself, with a striking stylistic flourish and to devastating dramatic effect.

From the start, Weber’s vision of truth is sensuous, sensual, voluptuous, and chaste—both erotic and ethereal, an object of desire that’s also an emblem of higher, even holy aspirations. She knew what a vision of paradox she was offering, what a sense of noble naïveté she risked exposing, because such holy foolishness is the very subject of the movie’s heroic and tragic drama. (She also fused Catholic and Protestant principles, breaching the schism in a way that would prove similarly fruitful for later filmmakers.) I don’t know whether Weber read Freud (who lectured in the United States in 1909) or followed the burgeoning American bent for psychoanalysis, but she displays a passionate fascination with the unconscious, and with the irrepressible presence of sexuality, as seen in her very equation of truth and a naked woman, and her depiction of the scandal resulting from that revelation.

Screening July 21st, Weber’s film “Where Are My Children?,” from 1916, is a movie about sex, birth control, and abortion. Her idea is simple: the first of these three things is inevitable, and therefore the second is necessary in order to avoid the horrors of the third. It’s based in an erstwhile progressivism that’s essentially classist and backward, based in the notion of eugenics, of promoting childbirth among the ostensibly better parts of society and discouraging it among the less favorable ones (which turn out, in Weber’s view, to be also the less fortunate ones). It’s centered on a New York District Attorney named Richard Walton (Tyrone Power, Sr.), who believes that wanton procreation among the poor is a breeding ground for crime. He is prosecuting, on the grounds of indecency, a Dr. Homer, the author of a book on birth control. But as Walton reads aloud from the book in court, quoting Homer on the use of contraception in order to “stop the slaughter of the unborn and save the lives of unwilling mothers,” and as Homer testifies about the burden borne by “unwanted” children in “the slums” (seen in flashbacks), Walton displays a degree of sympathy for him that renders the judge impatient.

Meanwhile, unbeknownst to Walton, whose marriage is childless, his wife (Helen Riaume, a.k.a. Mrs. Tyrone Power) has been seeing an abortionist to dispose of her unborn children, and her socialite friends have been doing so, too. Weber frames the movie with an allegorical vision that recurs throughout, that of unborn children descending to Earth or being returned to their aerie. (There are three varieties of these unborn, corresponding to Weber’s condescending view of their origins and natures.) Nonetheless, the movie pivots on two varieties of tragedy, and both emerge from the misdeeds of the upper crust: the predatory desire of the powerful and the vanity of the smart set.

Despite the eugenic premise of “Where Are My Children?,” Weber was no mere classist; her bourgeois variety of noblesse oblige places great responsibilities—and demands for self-restraint, awareness, and compassion—on those who enjoy society’s benefits and wield its power. Her camera was, in effect, the mirror against hypocrisy that the Truth held up to society at large; her films are relentlessly, scathingly critical of the arrogance and the moralistic presumptions of the powerful and the prosperous. In “Scandal Mongers,” from 1915 (screening in the July 20th program)—in which Weber and Smalley star—the earnest and upright lives of two ordinary businesspeople, a broker and his secretary, are destroyed by their respectable neighbors’ vicious gossip. Weber’s cinematic Christianity was liberal yet stringent, deeply empathetic to natural desires, fiercely critical of narrow-minded and self-righteous moralism in the name of religion, passionately contemptuous of the rich and greedy, and intensely sympathetic to the poor, the disfavored, the overlooked, and the despised—as seen in other of her films that have been preserved and released on DVD, “The Dumb Girl of Portici,” “Shoes,” and “The Blot.”

Joining her religious vision to her technical sophistication, Weber offers a complex and densely packed view of social life, paying close attention to clothing, settings, manners, and gestures, to the varied and decisive textures of ordinary existence. Her teeming depictions of office work, home comforts, street scenes, luxurious night life, retail business, collegiate intrigues, royal revels, and popular revolt conjure tangles of conflicting interests that cry out for—and have little room for—purity and clarity of purpose. With images of an analytical and empathetic precision—a sort of pictorialism of spiritual revelation—she does more than display the mores of her characters; she unveils their morality (or immorality), their inner truth.

Ukraine’s Opposition Accuses US of Scrubbing Info About Biolabs’ Activities on...