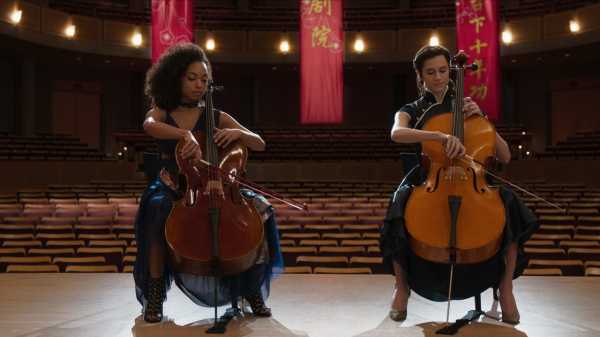 No significant subject is immune from banalization at the hands of mercenary filmmakers. Yet a mediocre movie that exploits a significant topic may nonetheless reveal something of importance about it. That’s the case with two new films, “The Perfection,” released, on Netflix, last Friday, and “Ma,” in wide theatrical release this Friday. Both films are grotesque horror thrillers of no artistic interest, audiovisual spew that, in the absence of their subjects—and their display of actorly virtuosity—would slip quickly down the drain of the movie market. Neither can be properly discussed without reference to major plot points. In other words: spoiler alert.

Both films are constructed duplicitously: their commercial standing depends on their positioning as #MeToo movies, but both present sexual abuse not as a foregrounded subject but as a big reveal. “Ma,” set in a small Ohio town, is centered on a middle-aged black woman named Sue Ann (Octavia Spencer), who invites a group of local teen-agers to use her basement as a rec room for their parties and underage drinking so that she can trap and torture them. “The Perfection” is the story of a formerly promising cellist named Charlotte (Allison Williams) who gaslights and harms another gifted young cellist, Elizabeth (Logan Browning), from the same conservatory, seemingly as a form of jealous vengeance but ultimately to altogether different ends. In “Ma,” flash frames of increasing clarity and specificity show that Sue Ann, as a young teen, was the victim of a cruel plot by classmates (boys and girls alike), a scheme of sexual humiliation that took advantage of her crush on a boy and on her sexual and social naïveté. Similarly, in “The Perfection,” brief flashes of Charlotte’s treatment for mental illness and a few other blatant hints nod at buried trauma that’s ultimately revealed: that she and Elizabeth were raped by their music teacher. In a calculatedly feminist twist, the entire mechanism of the plot revolves not around jealousy but around Charlotte’s attempt to help Elizabeth—and to take revenge on their instructor.

“Ma” is built on a curious dramatic framework that, in the hands of a more insightful director, would have taken on harrowing psychological power. The movie, written by Scotty Landes, is centered on a newcomer to the town, Maggie (Diana Silvers), a sixteen-year-old high-school student who, after a brief time of loneliness, quickly falls in with a quartet of popular kids who try to get an adult to buy them liquor at the local package store. Sue Ann is the adult who does so, and from there the film dramatizes the web of lies that she easily spins to catch the students and their self-persuasive powers to overcome their suspicions and get caught in her predatory scheme.

Sue Ann inflicts terrifying sexual humiliation on one of the teens—and then, by quickly doubling back and treating it as a joke, maintains their trust. The director, Tate Taylor, evokes a sense of the texture of town life but remains indifferent to, or willfully ignorant of, his characters’ inner lives, except to the extent that details from their backstory fit into the plot like keys into locks. As my colleague Doreen St. Felix discusses in detail, the title character is a black woman whose experience, in a town that, to all appearances, is predominantly white, never figures at all in the film. It’s all the stranger given that Sue Ann’s daughter, Genie (Tanyell Waivers), is a classmate of Maggie and her friends yet seems virtually invisible to them. 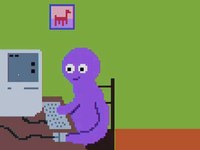 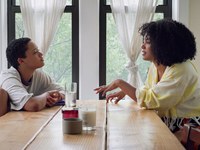 What to Stream This Weekend: The Third Season of Joe Swanberg’s “Easy” 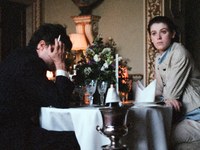 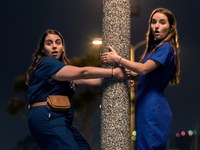 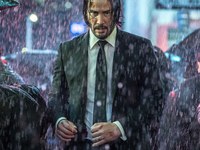 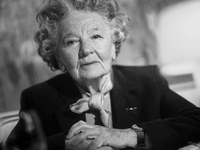 There are striking, potentially fascinating psychosexual details in “Ma” (starting with the very title), subjections and wish fulfillments that flit by in less time and with less effort than it takes to type a mention of them. The movie’s Grand Guignol gore and the gruesome outcome are predestined, and the movie is jerry-rigged solely to bring them about. Taylor is incurious about the story’s physical practicalities as well as its emotional implications. Even in sequences that depict physical agony, Taylor’s direction lacks a compositional or graphic flair that would invest them with any cinematic identity.

As under-imagined and under-realized as “Ma” is, it’s a masterwork compared to the ludicrous, slapdash, and cynical “The Perfection.” (Its first title card is the name and logo of its production company, Miramax, the company founded and made famous by Harvey and Bob Weinstein. They sold it in 1993 and left it in 2005, but, given the movie’s oblivious use of #MeToo, the association feels unshakable.) Directed by Richard Shepard, who co-wrote the script with Eric C. Charmelo and Nicole Snyder, “The Perfection” centers on a long con. Charlotte left her career path in music to care for her mother when she became gravely ill. Now, at the start of the action, her mother has died, and Charlotte heads to Shanghai to join Elizabeth as a juror in a cello competition. The competition is run by her former teacher, Anton (Steven Weber), and his partner, Paloma (Alaina Huffman), and its aim is to find a female Chinese student to bring back to Boston and the Bachoff Academy, where Charlotte and Elizabeth were also students.

Detail after detail reeks of cheap illogic, as when Charlotte and Elizabeth, sitting in the front seats in an intimate concert hall, whisper and giggle throughout other young cellists’ performances. There’s a noteworthy device used to override the rickety reasoning required by the plot: the action is shown quickly, in reverse, and then carried forward again, also sped-up, but, this time, including shots of salient details that had been omitted the first time around. In effect, Shepard and the other screenwriters are showing their work, but only narrowly, never fully holding it up to the light of psychology or practicality. As a comic-book-like contrivance, why not; as a story of sexual abuse, victimization, mental illness, recovery, and retribution, it’s a repellent bit of fakery.

Elizabeth is a black woman, but her background and her experience are even less relevant to the movie than Sue Ann’s is to “Ma.” If it were only revenge and the deliverance of Elizabeth that Charlotte were after, it could be achieved in the first few minutes. Yet the movie takes no account of the elaborate absurdity of the plots that are put into motion. It provides no distance, no humor—however sardonic or bitter—to account for the near-impossible distance between trauma and retribution, the absurdity of expecting any meaningful redress. There’s nothing but the immediate mechanics of the plot and a straightforward stoking of revulsion, fear, and gratification.

On the other hand, both “The Perfection” and “Ma” offer its lead actors, Spencer and Williams, more than prominent showcases for their artistry. Both Sue Ann and Charlotte are practiced and sophisticated deceivers—both are, in effect, actors in their lives, whose persuasive powers and false self-presentations are the very motors on which the movies depend. In these roles, both actors convincingly prove that they can pull off elaborate deceptions of their own—they invest the flimsiness of these double roles with an illusion of density and substance that neither the scripts nor the direction can match. Their presence isn’t just a matter of these mediocre films relying on stars for commercial appeal; the films require greatly accomplished performers to create these actor-like characters at all, and their performances are the only things that render these movies at all watchable.

Neither film would make any sense whatsoever without their big reveals of sexual abuse. Both films try to have it both ways, winkingly suggesting their protagonists’ motives even before they lay their backstories on the table. Despite the contrivances and narrative sleights of hand, there’s a tragic logic at play in the films’ belated twists, one that dovetails with the real-life revelations of #MeToo. It has become all too common, in recent years, to learn about women who dropped out of sight, who renounced their fields of endeavor, who endured repeated rejections in their line of work, as a result of harassment or abuse. Their “personal problems” or “demons,” or their reputations as “difficult,” are understood drastically differently in light of this abuse.

Likewise, both Charlotte and Sue Ann seem merely troubled or frustrated or thwarted—until the facts of their victimization emerge. The problem is that neither “Ma” nor “The Perfection” is constructed with anything resembling the courageous bearing of witness and self-revelation that women in the #MeToo era have displayed in exposing their abusers and their traumas. Both movies are stories of stifled rage that results from unaddressed abuse. With “Ma,” the tension reaches a near-mythic scope, a reign of terror that’s visited not only upon perpetrators but upon their children. It’s a powerful idea that’s still awaiting a filmmaker who treats it for more than mere shocks. (I wish that such a visionary director as Anna Biller had been sought.) As for “The Perfection,” it’s a trite jumble that confronts its ripped-from-the-news theme as an impersonal check box. In the end, these horror films’ shocks are delivered at the expense of the genuine shocks that the underlying stories should themselves suffice to arouse.