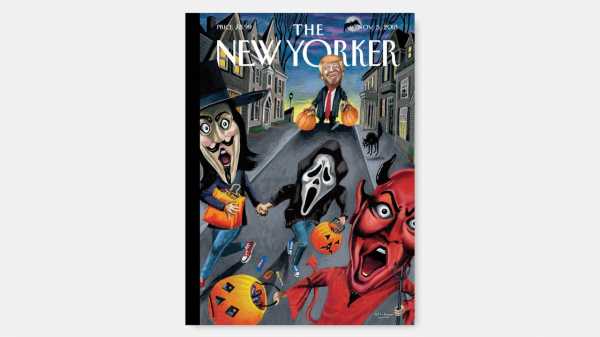 The magazine’s Halloween cover tends to be a coveted showcase for artists, who submit sketches on the theme early and often. This year’s cover was done by a veteran: Mark Ulriksen, a contributor to The New Yorker for more than twenty years. Ulriksen, who lives in San Francisco, recently talked to us about his past Halloween work and the way horror has influenced his art.

Your previous Halloween covers have featured a haunted version of the Capitol and some colorful characters in Congress. We’re sensing a theme. 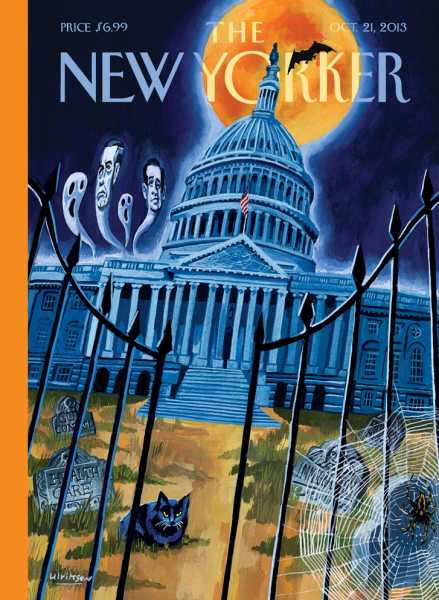 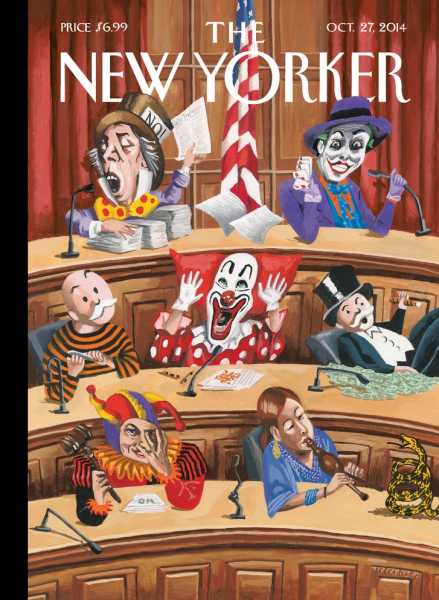 Now that your kids are grown up, do you still celebrate?

In a way. One of our family traditions is to watch “Young Frankenstein” and “The Great Pumpkin” at some point in late October. But, come Halloween eve, we always face a minor dilemma. Should we stay home and pass out candy to the twenty or so kids who pass by our Haight-Ashbury home? Or should we visit Belvedere Street, a few blocks away, where there’ll be hundreds of families on a street where seemingly every house is festooned for the holiday? Sometimes there’s even a World Series game competing for my attention. If there’s a Game Seven this year, it will be on Halloween.

My favorite costume was when, as a kid, my mom turned me into one of my heroes, the Wolf Man. She even glued fake hair onto my hands. (I still recall the pain of removing it.) Our eldest daughter was once a great Bride of Frankenstein. Unfortunately, one year we made our youngest a Powerpuff Girl costume that was basically an image on a paddle board that she had to hold in front of her face. That was a complete bust.

Ulriksen’s drawing table while he was at work on this cover. He printed his scanned pencil sketch on watercolor paper before painting the final image.

Are there artists whose work you find especially scary or spooky? Who are your horror influences?

In the visual arts, I love Charles Addams, Charles Burns, and Edward Gorey. But my biggest horror influences are black-and-white film classics—”Frankenstein,” “Dracula,” “The Wolf Man,” “Creature from the Black Lagoon.” I grew up watching those, and I still miss the plastic models I used to make of them. I keep promising myself that I’ll go on eBay and see if I can track down some of those old models.

See below for a slide show of other Halloween covers: 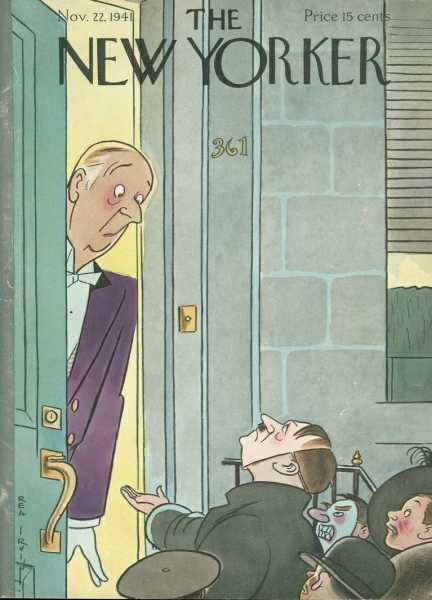 Obama’s Syria Envoy Says Only Thing That Can Prevent US Intervention...