Just a few weeks ago, Mark Ulriksen did a cover for the magazine that nodded to the Brexit crisis abroad. Now he’s back on home field, celebrating the start of baseball season. It’s a familiar theme for the artist, who began contributing to The New Yorker more than two decades ago, and who’s an avid fan of the San Francisco Giants. We recently talked to Ulriksen about the game and his art.

When did you start watching baseball?

I first fell for baseball, in a mad-crush kind of way, when I was around eight. Mostly I’d listen on the radio. I grew up in the San Francisco Bay Area, so my first trek to frigid Candlestick Park was probably shortly thereafter. I do recall drawing with marker pens the outlines of various players in the San Francisco Chronicle’s Sporting Green section. Good thing I was the only family member to read that part of the paper.

How do you keep yourself occupied in the off-season?

I get a lot more work done in the off-season because I can breeze through the sports pages in about five minutes. After the season starts, there’s a lot of time spent following box scores, standings, statistics, etc., which give me plenty of ways to procrastinate. I also watch a lot more movies while I work, instead of Giants games. 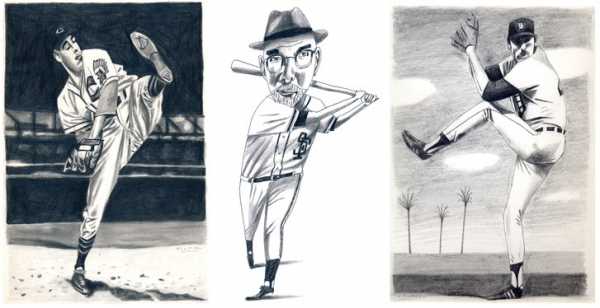 Bob Feller of the Cleveland Indians; Ulriksen’s self-portrait as a baseball player; Jack Morris of the Detroit Tigers.

What makes baseball fun to draw?

I think anything you’re passionate about is fun to draw. With baseball, I’m attracted to the field’s geometry, the way shadows play across it under sunny skies, the variety of body language, the look of various uniforms and stadiums, and the fact that ballplayers are both tall and small.

Are there specific artists who inspire you, in terms of how they depicted the game?

I know some artists specialize in baseball, but for me specific baseball images stand out more. I can immediately picture Saul Steinberg’s St. Louis Cardinals uniforms, Norman Rockwell’s “Game Called Because of Rain” cover for the Saturday Evening Post, and Ralph Fasanella’s folk-art stadium scenes.

Will the Red Sox repeat as champions?

Afraid not. No one repeats these days.

See below for other New Yorker covers that celebrate baseball. 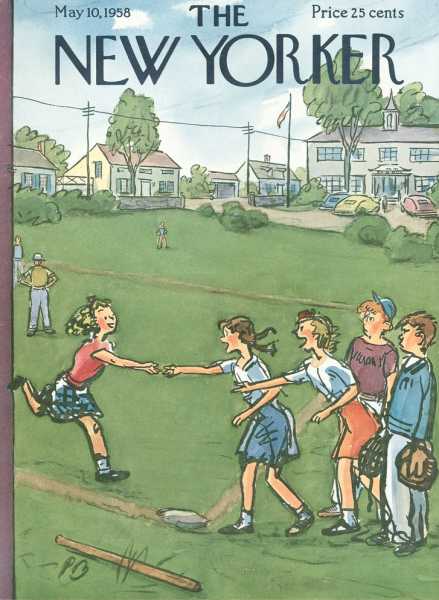 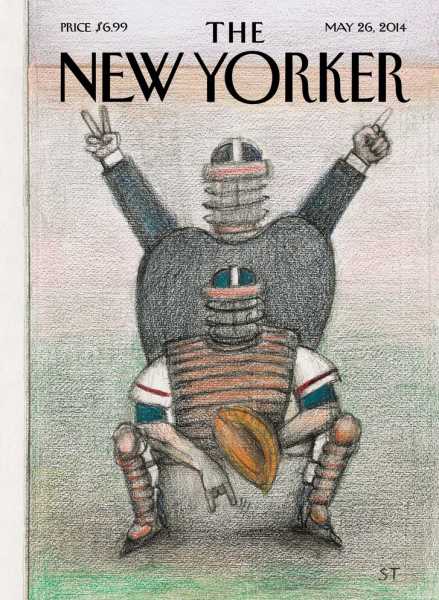 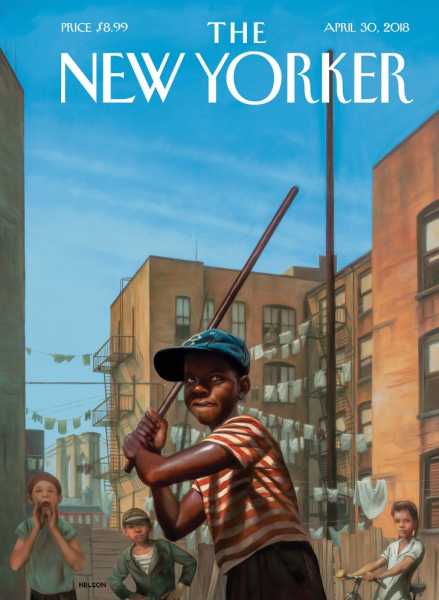 Stan Wawrinka finds reasons to be cheerful despite Wimbledon exit