Home Culture May I Recommend That You Grow Your Own Corn | 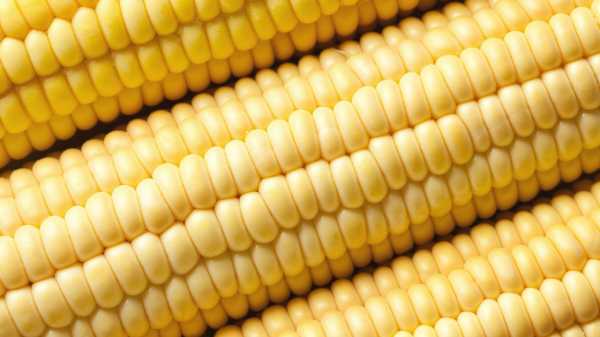 The lacy-leafed tomato vine is the poster plant of hobby gardening—it thrives just as happily in a coffee can wired to the slats of a fire escape as it does in a loamy country plot, and its rewards, both vegetable and spiritual, are bounteous. Nothing says summer quite like biting into a juicy, sweet tomato from your own garden, freshly picked, maybe sprinkled with a little bit of salt. I adore tomatoes, and every year I go wild with my own tomato gardening. But let me offer for your consideration an endeavor arguably more exquisite, and definitely more ridiculous, and absolutely fun as hell: you should grow some corn.

For me, it began at the garden store, nearly five years ago, when I moved into an apartment with a terrace off the living room, which I resolved to fill with plants. At the store, next to twisting seedlings of Big Boys and Green Zebras and other tomato varieties, were a few small containers sprouting what looked like single blades of lawn grass. These were corn shoots—which, it turns out, are technically a grass, but a grass that is inclined, in the course of sixty to seventy-five well-watered days, to shoot up to the height of your average N.B.A. point guard. I bought a flat of seedlings, opened up enough “how to grow corn” tabs to crash my Web browser, and, in the course of a hot, sticky New York City summer, I fell in love.

The thing with vegetable gardening is that, if you want to eat it later, you need to plant it now. We’re well past the window for starting sweet corn from seed (the plants need to reach maturity during the hottest part of the summer, which means sowing seeds shortly after spring’s final frost), but it’s not too late to get some seedlings. Any variety will do—some, slightly shorter in both growing time and stalk height, have been especially bred for container planting, but it doesn’t really matter. And you don’t need much space, except for the vertical kind: corn is wind-pollinated, which means that it’s happiest in dense clusters. You can squeeze half a dozen stalks into a fourteen-inch flowerpot or a square of sixteen in a two-foot cube planter, where they’ll nuzzle and embrace and help one another grow.

A tomato plant demands intimate communion, regular examinations to pick off aphids and pinch off suckers and clean up the lower third of the stalk. All a stalk of corn asks of you is water, sunlight, and time. In exchange, it puts on a beautiful slow-motion show: after a few days, what started out looking like a patchy lawn will have matured into sturdy little vertical fountains of tender green leaves. A few weeks more, and the plant goes through what is basically botanical puberty: a dramatic shift from its vegetable stage to its reproductive stage. The stalk starts growing faster, gaining inches in a single day. You might say goodbye to your sweet little stalk children in the morning, put in a day at work, and come home to find a stern delegation nearly as tall as you are. The stalks thicken and deepen in color, eventually sprouting tassels from their tops. This is the cue for the plants to begin an absolute frenzy of spurting pollen at one another, after a few days of which they will settle down to gestate. The pollen lands on the plants’ strands of silk, which swing like dirty-blond ponytails, and slides down the strands to fertilize the ears.

The end product of all of this, of course, is one’s own homegrown ears of corn. They start appearing along the stalk a week or so after pollination (sometimes just one, sometimes two or three), and take a few weeks more to swell and ripen; they’re ready to harvest when the silk turns brown. Sweet corn is at its best within moments of being picked: as soon as it’s off the stalk, its abundance of sugars begin to turn into starch. The rule for harvesting them, which I picked up from the writer Eleanor Perényi, whose beautifully cranky notes on gardening are collected in the volume “Green Thoughts,” is that you hold off until the water you’ll cook them in has already come to a boil.

I should probably admit that, in my brief corn-growing career, I’ve never actually managed to grow ears that resemble the satiny, yellow-white missiles you pull out of a bin at the grocery store. Mine are twisted little mutants, knobbly and irregular—they have more in common with cigars than with footballs, and their jagged rows of kernels cry out for orthodontia. I’m sure I’m doing absolutely everything wrong: overcrowding, under-watering, using old soil, setting the pots at weird angles relative to the wind and sun, not employing fertilizer or pesticide or mulch or deploying any of a thousand other tricks. I don’t really care. Those ugly little oblongs have been some of the best-tasting corn of my life—and, besides that, they’re mine. I grew them myself, right over there, next to the tomatoes.

The question-and-answer Quora platform is now worth $2 billion

‘It’s Going to be the Toughest Decision’: Trump on Reopening the...