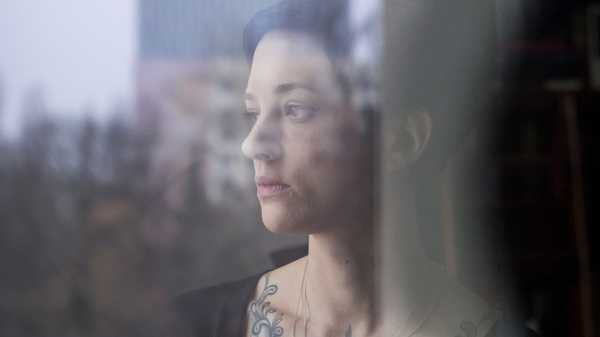 A year after graduating from college, and for lack of steadier employment, I worked as a temp, filling in at various publishing houses in New York City. For eight bucks an hour, I wrote bad short stories between answering the phone and fetching lattes for strangers. For the most part, I was dispatched to golf and bridal magazines, but one time I was assigned to be the “checklist girl” for a party hosted by a well-known literary magazine. The checklist was nine pages long; I didn’t recognize most of the names, but some of them had Nobel prizes and had written poems that I studied in high school. It seemed surreal that they’d be required to report their names to a twenty-three-year-old in Payless ballet flats.

At the party, as I checked in guests at the entrance, one of the only people who made direct eye contact with me was a writer in his fifties. He was known as a “writer’s writer,” whose work often appeared in some of my favorite literary publications. When I asked him for his name, he asked me for mine. As the party waned, he drifted back to ask more questions. How long had I been in New York City? Was I a writer? Who did I like to read? As it turned out, I was reading him—I had a book of his essays out from the library. I was midway through it and did not yet know what I thought. Those days, I was unsure of what I thought about almost everything. But I was sure that this writer knew a great deal more than I did. He offered to read one of my short stories, which seemed to me astonishing. “Send it along,” he told me, and gave me his Hotmail address. I waited twelve hours—the minimum amount of time I deemed necessary to appear less desperate than I was—before hitting “send” on a story.

Our first e-mail exchanges were respectful and jovial. He promised to get back to me about my story—after he was done putting his syllabus together; after he taught at 2 P.M.—and asked if I wanted to meet in person to talk about M.F.A. programs. I told him to take his time. A week later, he wrote to apologize for his manic schedule—he had not yet read the story, but he would get to it, he promised. More time passed. My story was on his desk, he said. We should meet up to discuss applications, he said. Every few weeks, he e-mailed me to “check in.” Mention of the story receded. And then, finally, a voice mail. “I don’t know if you are dating anyone right now or, um, what your personal life is like,” he said. “But I would love to get a drink.”

For weeks, I thought about what to do. Should I respond? How should I respond? If my only interest was in talking with him about writing, would consenting to such a meeting—with all its implicit expectations—be misleading or manipulative? How could I extricate myself without causing offense? After a month, it seemed absurd to call him back. After a year, I gave up the idea of going to an M.F.A. program.

In the annals of “famous writer” stories, particularly in the age of #MeToo, this is not a remarkable one. Lisa Halliday, the author of “Asymmetry,” a novel loosely based on her romance with Philip Roth, has a better story. So does Ottessa Moshfegh, who wrote an essay in Granta about her relationship with a famous, much older literary figure.

In “Asymmetry,” when the seventy-two-year-old Ezra Blazer, a literary titan (and a stand-in for Roth), meets and beds a twenty-five-year-old publishing assistant named Alice, he takes on the role of both paternal patron and lover. In all respects, the relationship is consensual, but there is a lopsidedness in the courtship that is apparent from the get-go. Blazer pays off Alice’s loans and gives her money to buy a fancy winter coat, as well as instructions for where to buy it. He tells her who to read—Primo Levi, Gitta Sereny, Hannah Arendt—and corrects her pronunciation of “Camus.” Without exception, Blazer initiates the bedroom dates, and when he tires of her he sings, “The party’s over . . . . ” She walks home alone, underwear in her pocket. Their relationship does not fit neatly within conventional norms and boundaries, but how to navigate those boundaries is Alice’s choice as much as it is Blazer’s.

In her essay, Moshfegh describes reaching out to “one of the most audacious and brilliant minds in literature in the last century”; she gives him the pseudonym Rupert Dicks. “I was a kid, but I wasn’t naïve,” Moshfegh writes; she was seventeen at the time of the events she recounts. At one point, she bends over, “knowing Dicks would have a perfect view of my butt”; Moshfegh characterizes her move as “innocuous, and yet very deliberate.” Dicks is sixty-five, with “the demanding neediness of a man who had once been very beautiful and powerful.” To Moshfegh, his “waning vitality”—and perhaps his vanity—is of use. This is “a game of egos”: in exchange for Dicks’s literary wisdom she “would have to venerate him and lead him on, to flirt.”

Both Halliday and Moshfegh are laying bare the complexity of a certain kind of encounter that resists easy moralizing. Blazer and Dicks are not exactly menacing characters—both are generous in their way, and the women acknowledge learning much from them—but nor are they avuncular saints. These relationships are transactional, but they are not only that.

The #MeToo movement exploded ten months ago, galvanized by the multiple accusations of sexual assault and harassment against the film producer Harvey Weinstein in the Times and in this magazine; since then, the movement has evolved from the indictment of a few powerful men to a larger interrogation of the sociocultural structures we live in, and broader questions of privilege and consent. Last week, one of Weinstein’s most prominent accusers, Asia Argento, was accused of having sexual intercourse with an underage actor and making payments to insure his silence. (Argento has publicly denied the allegations.) If the allegations in the Argento case demonstrate that a victim can be an abuser, and vice versa, then Halliday’s book and Moshfegh’s essay demonstrate that, even in asymmetrical relationships, sometimes the abuser-or-abused dichotomy doesn’t apply at all. In both of these stories, young women attempt to assert control however they can within a sexist power structure. And in both there are times when it’s the young woman who has the upper hand. The #MeToo impetus to begin dismantling these power structures can coexist with an appreciation of how young women assert their agency within them. It’s simply a recognition that women understand what kind of world they live in.

In my twenties, I lived as if life were a series of traps. I was desperate for mentorship, course correction, and validation, yet I lived narrowly, fearful of judgment and criticism. I didn’t want to be the kind of person who would go for drinks with a famous writer decades my senior in the hope of extracting some kind of prize in return. In a way, one of the greatest costs of a society steeped in sexism and entitlement is the way it inhibits our imaginations. At twenty-three, I simply concluded that the price of learning from the powerful was one that I couldn’t afford. Today, although I know that any man’s pleasure is not my responsibility, I think it would have been his privilege to have the pleasure of my company.

Newcastle set to head to China without a boss as Bruce...

Probe Launched After ‘MAGA’ Listed in US Army Handout as Sign...