Home Culture My Favorite Restaurants of 2018 | 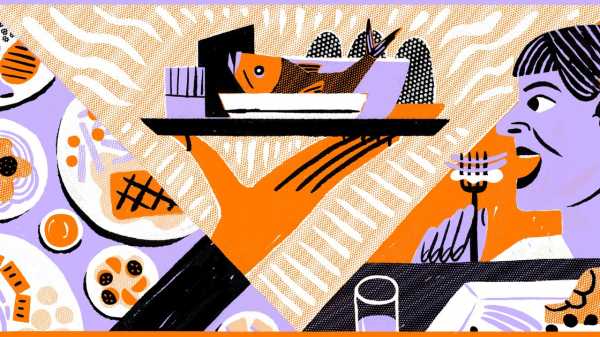 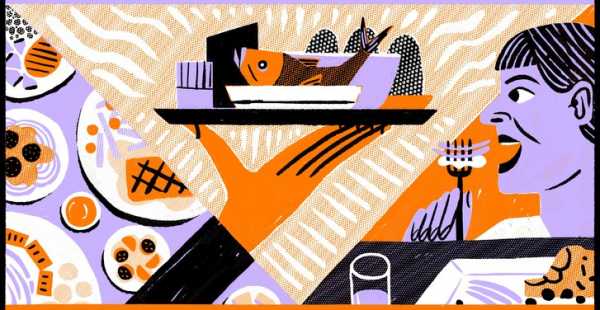 There are many new places that wowed me with exceptional dishes this year. I loved the cold fried chicken at the reopened Momofuku Ko, and the hot fried chicken at the chef Alvin Cailan’s The Usual. I marvelled at the shrimp tacos at Oxomoco and the yellowfin tostada at Claro. I find myself thinking often of Zoe Kanan’s black bread at Simon & the Whale, and of Flynn McGarry’s aged, smoked, braised, grilled, roasted, and juiced beets at Gem.

The anchovies with vanilla butter at Saint Julivert Fisherie may not be for everyone—a reader who tried the dish on my recommendation accused me, on Twitter, of tricking her into eating an “anchovy cupcake”—but to me it’s a dish that’s just crazy enough to work. Fabián von Hauske Valtierra’s pitch-perfect tiramisu at Una Pizza Napoletana helped me finally understand what that ubiquitous and often underwhelming dessert is actually supposed to taste like, and his ice cream, particularly his not-so-plain vanilla, is the benchmark against which I’ll forever measure other ice cream.

I was impressed by Shabu Shabu Macoron, the city’s first (and only) restaurant to serve Japanese hotpot as an omakase, and had a lot of fun at 2nd Floor Bar & Essen, the 2nd Ave Deli’s cocktail bar, where I got a history lesson in the kind of food my Russian-Jewish-immigrant great-grandparents must have eaten. I’m delighted that 886, Ho Foods, and The Braised Shop have multiplied Manhattan’s Taiwanese offerings, and that Le Sia has imported fiery Chinese-style crawfish.

But, as I look back at my year in restaurant-going, a small handful of openings stand out. These are the restaurants that strike me as truly essential additions to the city’s dining scene, and they are, quite simply, the places to which I’d soonest return.

At this Indian restaurant in Long Island City, some of the dishes—like bheja fry, a common Parsi and Muslim snack made with goat brain—are hard to find elsewhere in the city. Others are simply cut-above versions of familiar classics, including luscious house-made paneer, stewed with seasonal greens or roasted in a tandoor oven; crunchy, salty, creamy, sweet aloo chana chaat, made with fingerling potatoes; and chicken-tikka-masala-like but infinitely superior masaledar lipatwan murgh. The multiregional menu is inspired, as the warm and welcoming proprietors have explained, not by American expectations of what Indian food should be but by what Indian people actually eat, and by the whims of the very talented Indian chef Chintan Pandya. To top it all off, the carefully chosen location, in a relatively low-rent part of the Queens neighborhood, allows for thrillingly affordable prices and the comfortable, stylish dining room feels like an oasis in a concrete jungle. 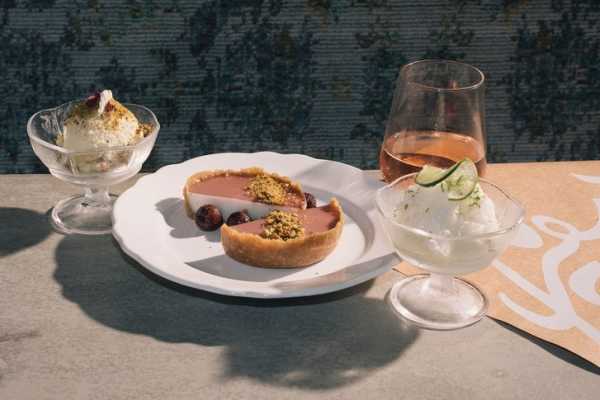 Photograph by William Mebane for The New Yorker

The most obvious appeal of Sofreh is that it’s a new place to get Persian food in a city that’s surprisingly lacking in it. But the chef and co-owner, Nasim Alikhani, a prolific home cook and sometimes-caterer before she opened Sofreh, her first restaurant, offers more than just the food of her native Iran. In the spirit of Iranian hospitality, or tarof, she presides over the beautiful but relaxed-feeling dining room as though she were hosting a house party, and, though her cooking is elegant and professional, it bears a comforting hominess, too. I’m partial especially to the house-made bread, particularly topped with Greek feta and herbs; the hulking lamb shank with fava beans; the rosewater desserts; and most of all the tahdig, or stuck-pot rice, which is served two ways and is a reason to try to get a reservation here on the early side, before the kitchen runs out of the day’s supply.

I loved Kopitiam in its first phase of life, when it lived in a tiny, rather grungy little storefront on Canal Street. It was easy to miss, but, once you found out about it, it was hard to stay away from, especially at breakfast time, when you could get nasi lemak, a savory national dish of Malaysia, kaya butter toast, and hand-pulled coffee. It’s been an absolute pleasure to see it blossom in phase two, in a much bigger, more comfortable, brightly cheerful space, on East Broadway. All of the best things from the original menu are still available, but now the chef Kyo Pang, in partnership with the restaurateur Moonlynn Tsai, has room to expand and experiment, introducing dishes like fish-ball soup and spicy grilled stingray and offering a bigger selection of daily specials. 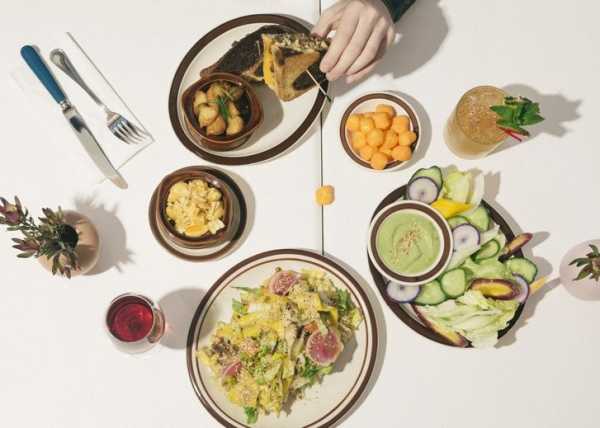 Photograph by Eric Helgas for The New Yorker

With this cozy restaurant in Prospect Heights, which self-designates as a “queer space” and where the vibe is convincingly inviting and inclusive, Bill Clark and Libby Willis have managed to pay homage to the classic diner without falling prey to gimmick. The retro touches—vinyl bar stools, complimentary neon-orange cheese puffs, seventies-era ceramics—are subtle and sweet. The food manages to improve on standard diner fare not by being “elevated” so much as simply, thoughtfully, lovingly prepared, with high-quality ingredients. At dinner, my favorites include the the BBQ meatballs, the buffalo-chicken salad, and the meatloaf. Brunch, that most scorned of meals, is revived with the everything-bagel babka, the enormous Dutch baby, and the Fritos migas, served in a Fritos bag. Best of all are a rotating selection of spectacular cakes and pies displayed on pedestals on the bar; Clark and Willis met working at the wonderful bakery Ovenly, and it shows.

This all-day café from the Parisian chef Marie-Aude Rose—inside a gorgeous, historic building that originally housed one of New York’s first department stores and is now a breathtakingly expensive home-goods and furniture shop run by the interior-design firm Roman & Williams—is, to me, the epitome of luxury. You can go anytime. It is gloriously appointed, with plush, dusty-blue velvet banquettes and chic tableware that you can buy on the spot should you want to take it home. Pretty much everything on the menu feels like a splurge—a side of “specialty butter” costs seven dollars—but pretty much everything is exquisite: translucent slices of house-made smoked salmon, served with crème fraîche and perfect, silver-dollar-size blinis; a crisp-edged buckwheat crêpe folded around a sunny-side-up egg, silky ham, and aged Comté; and the kind of bona-fide French pastries—brioche with crème anglaise, croissants, pain au chocolat—that New Yorkers love to complain you can’t get outside of Paris. They’re made fresh each morning and gone by afternoon, guaranteed.

A Century of “Shrill”: How Bias in Technology Has Hurt Women’s...

Youngs: Devastating Tuilagi ‘showing the world what he’s about’ after injury...

Elizabeth Warren wants to break up Apple too