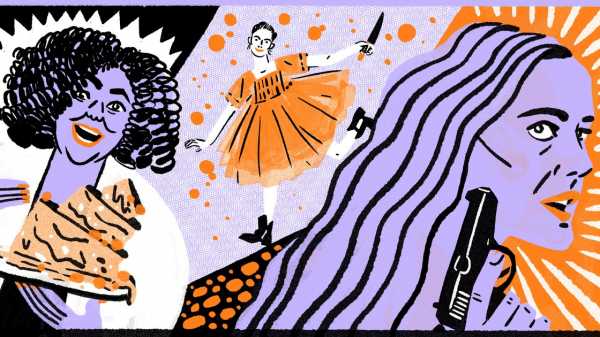 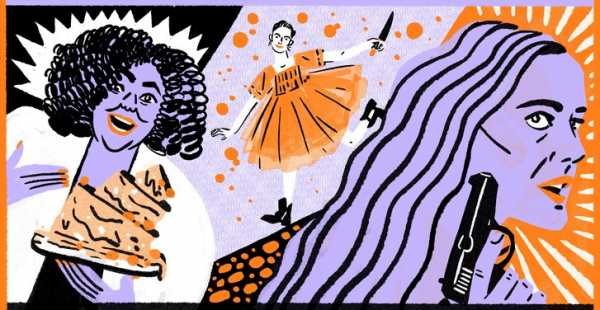 This list lists toward bleak comedy, which may suggest an alignment of current personal tastes, prevailing national mood, and a televisual trend of mining tragedy for farce. A lot of the comedies have body counts, and all of them are antic expressions of dire absurdity.

If I’d been inclined to lighten the mood, I might have included “Desus & Mero” (a late-night talk show that refreshed the form), or “Nailed It!” (a Netflix baking competition that, unbeatable as family-friendly wallpaper, has made grade-schoolers conversant in the niceties of fondant), or the YouTube stream of Beyoncé’s performance at the Coachella Music Festival (which offered out-of-homebody transcendence in the brass and flash of its spectacle). If you are inclined to object that my list is itself a farce, you will likely still concede that the most worthy alternative shows are also tales of murder, meltdown, and existential despair. It’s been a big year for nihilism you can believe in.

Closing its six-season run with typical elegance, the spy series offered a conclusion at once unexpected and inevitable. The Jennings family, led by undercover K.G.B. agents, was sundered, their mission complete only in its futility, their story vibrant even its melancholy. The creators Joe Weisberg and Joel Fields spun a Cold War spy tale into a tapestry about love, trust, and duty. The personal was geopolitical.

The second season of Donald Glover’s Peach State dreamscape gathered its disparate episodes around the theme of scams and schemes. Glover plays Earn, whose work managing his cousin’s hip-hop career means suffering various thefts of money and dignity. (He also plays the title character in “Teddy Perkins,” an instant-classic episode of uncanny horror.) An unclassifiable treasury of hustles and shakedowns, the eleven episodes are a vision of making it in show biz and making it out of the rat trap of race in America.

A despondent hit man (Bill Hader), hoping to reclaim his humanity, embraces life as an apprentice actor. This is surely the wrong lifeboat to cling to—he’s entered a world of egotists who would murder their mothers for the sake of two lines on a show ten per cent as engrossing as this one. Created by Hader and Alec Berg, “Barry” is a hilarious study of the performance of everyday life and a fresh comedy about the impact of death. With Anthony Carrigan as a mobster whose manners are as fussy as his rage is pure.

The typical workplace sitcom treats life in the cubicles as an analog of the domestic sphere. This one (created by Pat Bishop, Matt Ingebretson, and Jake Weisman) bleakly tweaks that tradition. “My co-workers are my family,” one of two junior executives running the hamster wheel at a soulless behemoth says. “I know that because they constantly mistreat me and I desperately need their approval.” Illuminating white-collar wage slavery with the ruthlessness of fluorescent tubes, the sitcom is a satire of life under capitalism that captures its texture: that of factory-farmed gruel. 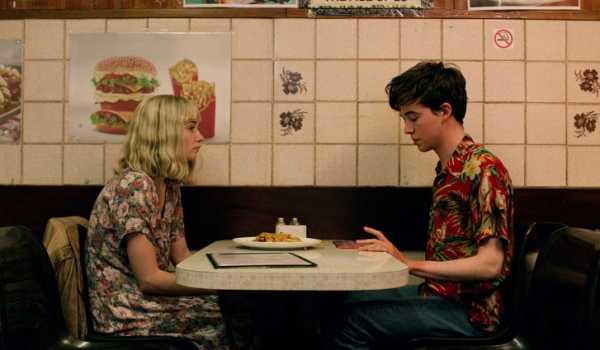 A pair of highly stylized, deeply mordant coming-of-age tales about adolescent male psychopaths and the sullen girls who enable them. The former, adapted from a graphic novel by Charles S. Forsman, brings the lightest touch possible to the madcap misanthropy of young lovers on the run in an eerily anachronistic England. The latter, thoroughly reworking a teen-angst comedy classic, is set in an up-to-minute United States, which helps explain why its network muted its début and neutered its school-massacre climax. It is serious about violence, in comic fashion.

In which the style of a vintage conspiracy thriller conveys the substance of contemporary anxiety about power. Julia Roberts plays a therapist who is contacted by the government to rehabilitate veterans, and then comes to learn that she is a cog in the war machine. In fact, she learns it twice, as the dual timelines of the gorgeously efficient plot converge on the restoration of erased memories. Adapting a podcast by the show’s creators, Eli Horowitz and Micah Bloomberg, the director Sam Esmail slices the story into a bracing consideration of trauma and stress—both formally inventive and casually haunting.

It’s a cat-and-mouse tale as imagined by Phoebe Waller-Bridge, who, unpacking the genre of the international thriller, discovers an unforeseen range of precious goods. In this tale of a glamorous assassin (Jodie Comer) and a formerly desk-bound sleuth (Sandra Oh), no small part of the suspense derives from the possibility that it will dip suddenly into spiky comedy or tender emotion. 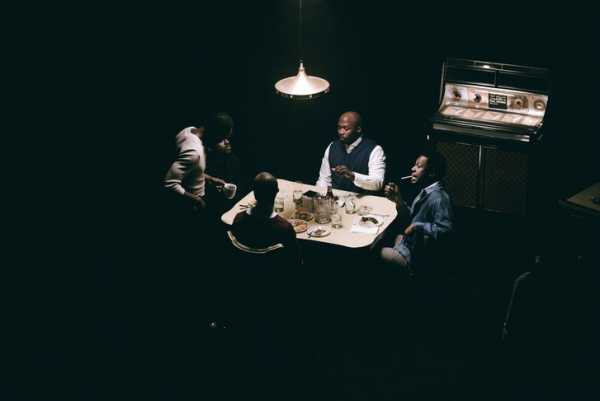 Each episode flows and skids among surrealistic short films, satirical sketches, animated fantasias, blurts of essayistic journalism, and blips of documentary, such that the season amounts to a confrontational art installation about blackness and negritude. The show’s creator, Terence Nance, interlaces the pieces within and across episodes, so that ideas bubble up and themes ooze into view with a jubilance of expression, even as he explores fear and grief.

On account of the bite of the dialogue and the cleverness of its plot-work, this drama would have made for an acid portrait of dynastic conniving had it merely concerned a family-run hardware store in Dayton. With the fate of a multibillion-dollar media empire as its subject, the stakes are raised and the manners deranged, and its pitiless satire of a powerful family—a pack of wonderfully awful people invented by Jesse Armstrong—blossoms as a dark farce of American capitalism.

The unprecedented number of women running for governor in 2018

New Zealand 2-2 England: The story of a sensational series so...