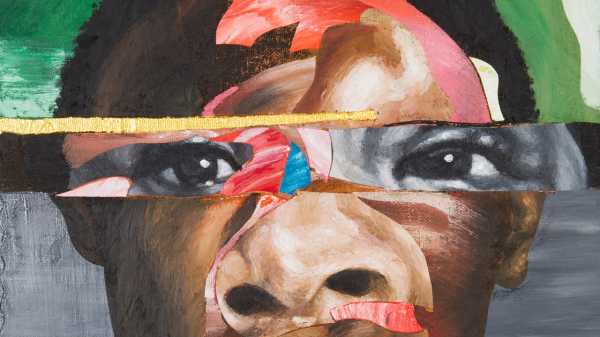 “I paint forms as I think them, not as I see them,” Picasso said. Nathaniel Mary Quinn, the forty-one-year-old New York artist, paints people as he feels them, not as they look. His fragmented approach to the human figure is a realist riff on synthetic Cubism. His composite portraits (at Salon 94, through October 27th) may look like collages—a hallmark of Cubism—but they aren’t. Instead, he meticulously renders each piece of his pictorial puzzles in oil, paint stick, pastel, charcoal, gouache, and gold leaf, based on shards of images he finds online, in fashion magazines, and even in his own photo albums.

Quinn’s path to painting is as striking as his artwork. (The best account of it is the artist’s own, published in the August issue of British Vogue.) Growing up in Chicago, in the Robert Taylor Homes, a housing project known as the Hole, he was such a gifted draftsman that gangs offered him protection on the condition that he draw them into a comic strip. At the age of fifteen, he earned a scholarship to the Culver Academies boarding school, in Indiana. (The school’s Web site lists notable alumni, including George Steinbrenner and Gene Siskel. Note to Culver: add Quinn to the list.) During his first month at school, his mother, Mary, died—it was then that he folded her name into his own. When Quinn returned home to Chicago for Thanksgiving, he discovered that his father and four brothers had moved away, abandoning him without notice. He has not seen them since.

After receiving an M.F.A., in painting, at N.Y.U., Quinn supported himself by teaching at-risk youth in New York through the Center for Alternative Sentencing and Employment Services (CASES). He painted at night, using the second bedroom in the apartment he shared with his wife as a studio. He exhibited steadily for a decade, mostly in New York, with one-person shows at the Five Myles gallery and Rush Arts, among other spaces. But the media loves an overnight sensation and, in 2014, when the global powerhouse Pace offered Quinn a show at their London gallery, the headline in one local newspaper read, “Artist who grew up in poverty in Chicago chooses London for first show.” Shows in Chicago, L.A., and Turin, Italy, followed, as did sales to celebrities (Elton John, Anderson Cooper, Carmelo Anthony), and, most important, acquisitions by the Whitney and the Art Institute of Chicago. 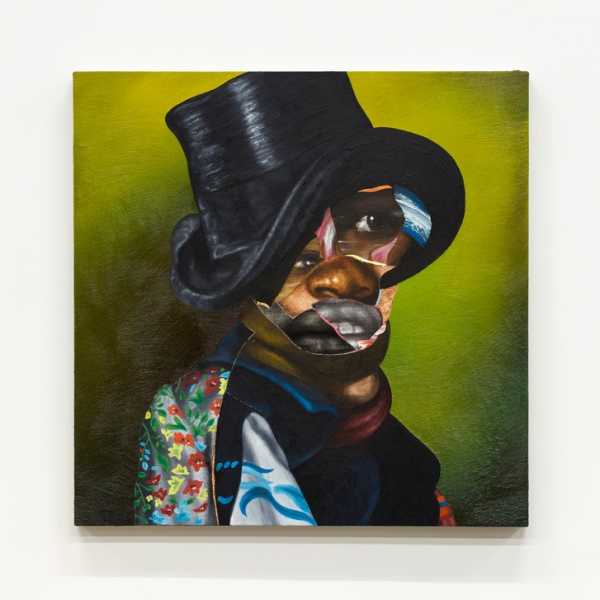 The portraits in Quinn’s new show are based on his neighbors in Crown Heights, where he and his wife recently bought a house. He recognizes an old Brooklyn vanishing, and his portraits convey the psychic ruptures of gentrification but also what he described to me recently as “the complexities of the human essence.” “We are a cacophony of experience,” he said. “Not just a seamless self.” Of course, art that aims to reach beyond the visible world to express sensation is as old as Impressionism, and Quinn is clearly steeped in art history. There’s no denying his debt to Francis Bacon (although he replaces the British artist’s existentialism with empathy), and, just as Bacon looked back to Velázquez, one can see Quinn rifling through the canon. Take, for instance, in “Homeboy Down the Block,” the extravagant hat that tops the tumbled features—eyes at once too low and too high above a cinematically black-and-white mouth—which might have been filched from the head of a Dutchman in a portrait by Frans Hals.

NASA to Launch a ‘Planet Hunter’ in a Bid to Scan...