Home Culture NBC’s Firing of Megyn Kelly Is as Cynical as Her Hiring Was... 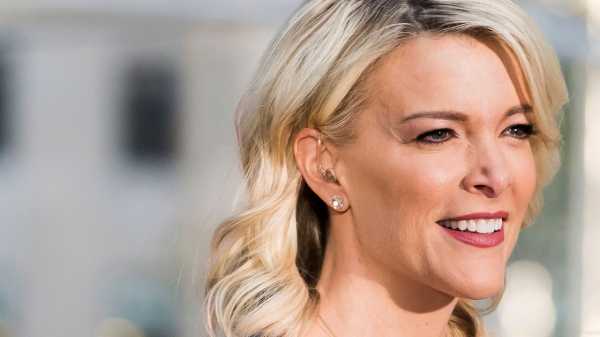 The grand experiment is over, and it failed spectacularly. On Friday, in a one-sentence memo, NBC confirmed that the “Megyn Kelly Today” hour of its morning-show program has been cancelled, and that its host will exit the network. The announcement, hardly shocking, comes after a tumultuous week for both the company and its star. On Tuesday, in a panel segment about Halloween costumes and political correctness, Kelly had professed casual indignation that there are “rules” these days about who can dress as whom. “You do get in trouble if you are a white person who puts on blackface on Halloween, or a black person who puts on whiteface for Halloween,” she said, adding that it was “O.K.” when she was a kid. On Wednesday, Kelly tried her hand at an apology, but, as tears struggled to surface in her eyes, her speech quickly broke down into a paean to “reverse racism.” On Thursday, Kelly, now separated from her talent agency, did not appear on air. Her contract stipulates that she’ll be paid out: sixty-nine million dollars.

“There is no other way to put this, but I condemn those remarks,” Andy Lack, the chairman of NBC news, said at a staff meeting this week. Lack has reason to cast the Kelly implosion as a moral crisis that he’s eager to fix. Since the revelations of Matt Lauer’s career of impunity at the “Today” show, and of the company’s failure to follow through with Ronan Farrow’s reporting on allegations against Harvey Weinstein, the chairman’s fitness has been cast in serious doubt. At Fox News, Kelly had provided a more stylish iteration of the network’s typically unhinged anti-black programming. Lack’s condemnation of her now hardly obscures the fact that her firing was decided by the same cynical market considerations that led him to hire her in the first place.

Kelly’s ratings and viewership have been in decline since she débuted in the 9 A.M. slot on the network, in September of last year. The host, whose first NBC failure was her haphazardly produced nighttime show, “Sunday Night with Megyn Kelly,” is said to have been warring with company management for months. Her repeated declaration that she was “done with politics” did not square with her pugilistic demeanor during, say, her segment with Jane Fonda earlier this year, or her reportage on the Lauer story. Apart from those occasional flashes, the energy of “Megyn Kelly Today,” the times that I watched it, was wooden.

“But what is racist?” Megyn Kelly asked during the fateful blackface conversation. When deciding what rises to the level of unacceptable racism, the white arbiter is often just measuring what crosses a standard threshold of politeness. Rhetorical offenses are fixated upon because they are concrete and easily identified, and don’t require much high-level analysis. Meanwhile, evidence of more systemic racism—like, for instance, the cancellation of Melissa Harris-Perry’s popular show on MSNBC, or the booting of Tamron Hall and Al Roker in favor of Kelly—receives little reflection.

Kelly had made much more damaging, and more pernicious, racial remarks on earlier episodes of her NBC show. (“It’s like living in a war zone,” Kelly said about black Chicago, on her début episode.) A nonchalance, bordering on puerility, colored her throwaway Halloween comment; what Lack characterized as cataclysmic seemed, to me and to some black people I talked to, somewhat boringly idiotic. But Kelly is shrewd in plenty of other ways. In the next phase of her career, perhaps she will use her firing to fashion herself into a martyr for the so-called suppression of free speech.

Australia Has Become Target of ‘Sophisticated’ Cyber Attack by a ‘State-Based...

The bank deregulation bill in the Senate, explained