Home Culture Netflix and Suicide: The Disturbing Example of “13 Reasons Why” | 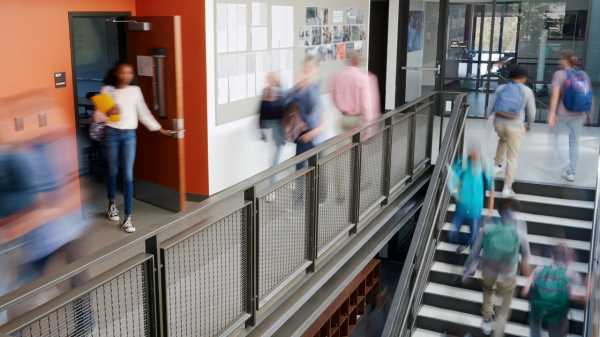 Netflix’s teen drama “13 Reasons Why” was born in controversy. The show, based on a novel by Jay Asher, from 2007, follows the suicide of a high-school girl named Hannah Baker, who recorded tapes that explain her decision to take her life. At the time of the show’s release, a host of commentators, from individual suicide survivors to the National Association of School Psychologists, pointed out that a wide array of studies has linked portrayals of suicide in the media to increases in the suicide rate. Before the show’s première, in 2017, Netflix contacted, among others, Dan Reidenberg, the executive director of Suicide Awareness Voices of Education, whose advice was to not release the series. “But that wasn’t an option. That was made very clear to me,” he said at the time. Netflix responded to the controversy surrounding the release of the show with bromides: “Entertainment has always been the ultimate connector and we hope that ‘13 Reasons Why’ can serve as a catalyst for conversation.” On April 29th of this year, the Journal of the American Academy of Child and Adolescent Psychiatry published a report, by the National Institute of Mental Health, which provided evidence that the experts were right and Netflix was wrong.

The study stated that “13 Reasons Why” was “associated with a 28.9% increase in suicide rates among U.S. youth ages 10-17 in the month (April 2017) following the show’s release, after accounting for ongoing trends in suicide rates.” An association is not, of course, the same thing as causality. Suicide is a vastly complex phenomenon. A study from the University of Pennsylvania, published a week earlier, showed that suicide risk decreased for students who watched “13 Reasons Why” all the way to the end of Season 2. (Students who stopped in the middle were at a higher risk for suicide.) There were other events—such as the suicide of Soundgarden’s Chris Cornell, in May, 2017—that may have contributed to the spike. The study’s press release also notes that the researchers could not rule out that other, unmeasured events could have had an effect on the elevated rates, and that the increase in the suicide rate began the month before the series premièred.

Nonetheless, for anyone who studies the effects of mass media, a rise in the suicide rate following the release of “13 Reasons Why”—and during the marketing push that preceded it—would not be surprising. Our understanding of the interaction between pop culture and real-world consequences is fraught with lazy assumptions and fearmongering, and the best research is never utterly conclusive, but suicide is mostly an exception to this state of confusion. Suicide contagion has been observed for centuries. A notable example provides the basis for the famous Werther effect; in 1774, a rash of suicides followed the publication of Goethe’s novel “The Sorrows of Young Werther.” (The novel “13 Reasons Why” was the most banned book in American schools for the year 2017, according to the American Library Association, for exactly this reason.) More recently, other studies have suggested that news coverage of suicide plays a role in roughly ten per cent of suicides by people younger than twenty-five—“either by giving youths the idea to commit suicide or by providing youths already contemplating suicide with information about a specific method.” Among traditional media, this relationship is now mostly respected. That’s why you don’t often read specific details about suicides in the newspaper, even when there might be an obvious public interest in reporting them.

What are we to make, then, of Netflix’s decision to ignore this social phenomenon? It is obvious that the company did not want to cause these extra deaths. I do not doubt that its intentions were good. The show itself is hedged about on all sides with warnings and guidance for vulnerable viewers. Nic Sheff, a writer on the show and himself the survivor of a suicide attempt, defended the specifics of the show’s representation in a powerful open letter to Vanity Fair. There is an extended warning video that precedes the first episode: “By shedding a light on these difficult topics,” the lead actress, Katherine Langford, declares, “we hope our show can help viewers start a conversation.” Another actress in the video, Alisha Boe, goes so far as to say that, if you’re struggling with these issues, “this series may not be right for you.”

Netflix responded to the recent National Institute of Mental Health study with circumspection: “This is a critically important topic and we have worked hard to ensure that we handle this sensitive issue responsibly.” Except, of course, when it came to the option of not doing the show at all. Those who predicted the association between the show’s release and a rise in the suicide rate have met the fate of so much expert opinion in the twenty-first century: their predictions were ignored or cast into doubt by financially interested parties; the research, which came too late to matter, gave evidence that the predictions were true; and there were no consequences.

Netflix’s claim of good intentions is the kind of response that we have come to expect from tech companies in particular. Facebook is the leading master of the apology without consequence. These companies repeatedly claim, in the face of one scandal after another, that they really only wanted the best, that they’re working on it, that they’re sorry. No substantial change that might interfere with growth ever follows. We’ve become inured to this pattern—from Twitter, from Uber, and now from Netflix. Their expression of good intentions only makes the refusal to change more infuriating. If you cared, why didn’t you listen to the people who knew what they were talking about? If you listened, why didn’t you stop?

We have placed tech companies into a kind of alternative capitalist reality, as if their newness somehow invalidated old rules and social contracts, as if they were children whose bad behavior is mollified by their good hearts. What this new study shows is that the old rules—like, don’t publicize suicide narratives—existed for a reason. The fact that a show is on a streaming service doesn’t imply that, somehow, the known consequences of mass media, observed since at least 1774, have been suspended. But here’s the darker truth of this moment: “13 Reasons Why” was a hit. No number of potentially associated deaths is going to change that. The release of Season 3 of “13 Reasons Why,” announced last May, will no doubt follow soon enough.

O’Gara: Why World Rugby must ban the ‘juicers’ for good

The Kim Wall Murder Trial: The Case Against Peter Madsen |

Can We Admit Now That Afghanistan Reconstruction Failed?

Adam Rippon: ‘I don’t want my Olympic experience being about Mike...