Home Culture Norm Macdonald’s Press Tour Was a Debacle. His New Show Is a... 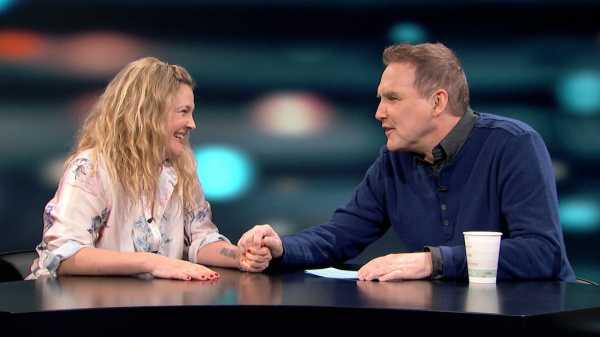 The press tour for “Norm Macdonald Has a Show” (Netflix) has found its host bouncing a doltish head against tense membranes. To the Times Magazine, Macdonald, who has few peers as a standup comic and unique proportions as a cult hero, prefaced some thoughts on gender politics “with the caveat that he knew he shouldn’t say them in front of a reporter.” To The Hollywood Reporter, he demonstrated the acuity of this disclaimer by offering sympathy for Louis C.K. and Roseanne Barr. Subsequently, on “The Howard Stern Show,” Macdonald sought to temper his remarks by saying that, in order to lack sympathy for victims of sexual harassment, “you’d have to have Down syndrome.” At this point, you maybe began to worry that Macdonald’s incorrectitude had metastasized into some kind of toxic bit, but he set the record straight on “The View,” where he condemned his remarks to Stern as “unforgivable” and expressed queasiness when called upon to promote his oddball chat show. “I feel a little weird plugging it at this point,” he said.

Amid this debacle, “The Tonight Show” disinvited Macdonald from its Tuesday broadcast. Here, we were on familiar ground: Macdonald becoming abruptly unwelcome on NBC’s airwaves is a tradition stretching back to the twentieth century, when network brass removed him from the “Weekend Update” anchor chair on “Saturday Night Live.” Macdonald’s indifference to opinion is both intrinsic to his legend and a handicap on his stardom, which is how he ended up here, at a simple desk on a larksome talk show upgraded from an erstwhile podcast titled “Norm Macdonald Live.”

To call “Norm Macdonald Has a Show” a deconstruction of a talk show would misrepresent its seriousness of intent. But it plays as if the host—joined by a sidekick, Adam Eget, who works at the Comedy Store—had taken a talk show apart to play with various pieces strictly for fun and for exercise. Celebrity guests offer shop talk, backstage anecdotes, and personal reflection. Impromptu bits sparkle and fizzle. The host teases the lads and flirts with the ladies and proves mostly charming, though he does not seem attuned to the cultural moment when he repeatedly proposes marriage to, and solicits a kiss from, Jane Fonda.

It’s a loose hang. While talking about craft with Drew Barrymore, Macdonald, with due modesty, denies identifying as a proper actor. “Actors look on me the way vampires look on Count Chocula,” he says—then he pursues a comic digression about Vlad the Impaler and his undead ilk for a full two minutes. Later, Barrymore compliments the program’s aura, saying, “I like your free-flowing format. It’s totally different.” Attempting to orient David Spade to this rambling scheme, Macdonald cites Tom Snyder’s “Tomorrow Show” as an inspiration. Spade’s smirk flares and he says, “I’m gonna act like I don’t know what it is, so girls don’t think I’m as old as you.” Another guest, David Letterman, has cause to ask, “Is this going anywhere?” The shambling quality of the show is among its central themes.

Each episode opens with crew members in view as the host leads the guest onto the studio floor, past a Netflix-branded beverage cooler installed at stage right. The fridge accentuates the synergistic gist of a show that includes casual but conspicuous references to Netflix executives and a steady stream of the operation’s talent. It is difficult to imagine that Fonda would have made it to the set, lap dog in tow, if Netflix were not the distributor of “Grace and Frankie.” The show has the texture of an authorized after party. Watching it, you may feel yourself nestled in a cabaret seat included with the purchase of a package tour.

There’s no monologue. Instead, Macdonald shuffles a handful of blue index cards and shares with his guests the job of reading jokes. A few of the gags are soundly built to yoke mirth and misery. (“I was once trapped on a desert island, and, to be honest, the five albums I brought didn’t help a goddam thing.”) Most, by design, are bad but interesting—noble failures, near misses, nice tries—and timeless in their evergreen weirdness. Macdonald doesn’t really do political comedy, which is itself a political stance that may require, at present, a defense more robust than he cares to muster.

The Narrative Experiment That Is the Marvel Cinematic Universe |