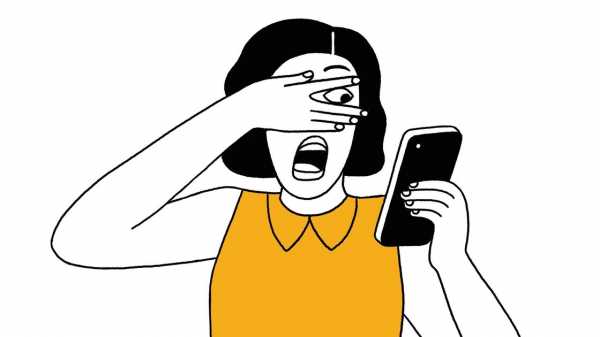 My annual task of going back through the Shouts (Daily, as well as & Murmurs) of the preceding year is an emotional ride. One feeling I experience: amusement. I mean, these pieces—and their brethren, which I was forced at knife point to cut from this list lest its size break the Internet—are crazy funny. (Yeah, as the newyorker.com humor editor I’m biased, but I also read gazillions of humor submissions every day, so just be proud that I can feel anything anymore.) Which brings me to: pride. I am very proud to work with the rarefied few who can still find hilarity in a world that is both metaphorically and increasingly also literally on fire. Sometimes they provide respite from the news-we-wish-was-fake. Sometimes they take the latest Times alert and offer us a way to laugh at it, rather than crawl under our weighted blankets and weep at it. Sometimes they make fun of subjects including Shakespeare, coffee, LeBron James, cat lovers, dog lovers, Timothée Chalamet, museums, royal weddings, and sex. If you like any of those things, well, there’s something below just for you. And, if you don’t like any of those things, there’s also a piece about aliens you might relate to.

“What Critics Are Saying About the Ken Burns Documentary on the Trump Administration,” by Sarah Hutto

“Gary Busey was a great choice for narrator to set up the anxiety and instability of that era. You can tell he ad-libbed quite a bit, but it really works here. Every time he broke into those screeches for no reason, it seemed to accent the narrative perfectly.”—the Washington Post

“Examples of Toxic Femininity in the Workplace,” by Ginny Hogan

Jane writes “do not eat” on her salad, and no one eats it. Then, because the salad remains in the fridge for too long, it goes bad, and an ant colony forms around it, destroying the fridge.

“Shakespeare, Off the Cuff,” by Mike O’Brien and Fred Armisen

“I love Stratford. I’m a Stratford guy. I don’t know what it is. The streets? The bread is different. Better than anywhere else. I mean that. There’s this one hat store on Tinker’s Lane. They aren’t the nicest people. I don’t even think the hats are that great. But . . . I love it.”

I’m sure you have some questions, like, what happened to your birth father? As with traditional brick-and-mortar retail, your father simply wasn’t able to compete with the tremendous economies of scale that I could leverage to make your childhood experience more pleasant and affordable. Here, have a crisp five-dollar bill.

Error: It appears you did not register for Popular Vote when your Democracy was installed. Please select Electoral College, reluctantly.

“A New Tattoo,” by Sara Lautman 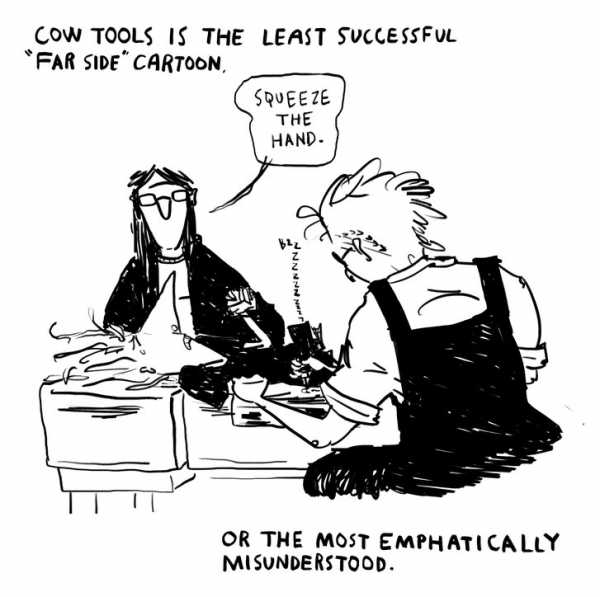 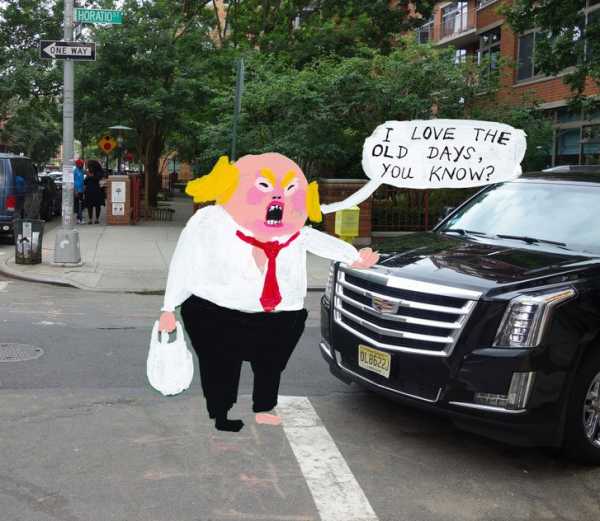 “Are You Ready to Have Friends with Kids?” by Emily Axford and Brian Murphy

Gone are the days when you could text your friends for a spontaneous night out. Fun is now rigorously regimented. Fun must be planned weeks ahead. Fun ends at ten because they “miss the baby,” or, as you like to tell them after nine beers, they “forgot how to party.”

“Headlines from the Life-Style Blog of an Increasingly Anxious Ivanka Trump,” by Dana Schwartz

“Timothée Chalamet Made Me Do It,” by Olivia de Recat 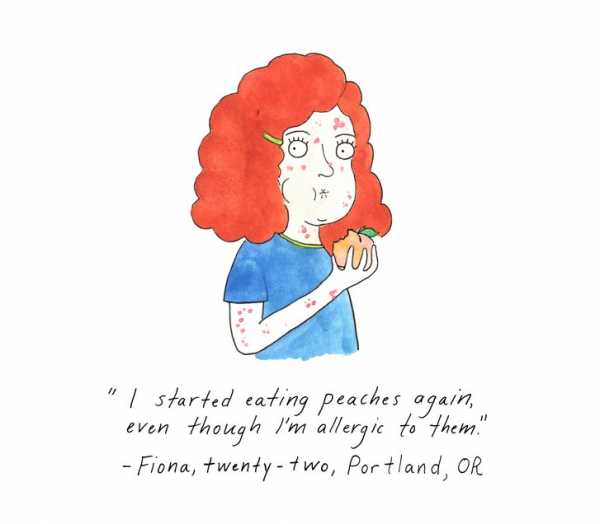 Girls are always so jealous and sensitive about everything. I don’t get that. I literally feel nothing except interest in whatever you like. I don’t think I’d get along with girls if I ever met one in real life.

“If You Ask Me: “ ‘Fifty Shades of Grey’ with a Coördinated Duvet, Dust Ruffle, and Pillow Shams,” by Libby Gelman-Waxner

I’m just going to say it: “Fifty Shades Freed,” the final installment in the “Fifty Shades of Grey” romantic bondage saga, is the finest film ever made that opens with an elegant, formal wedding where, beneath her white lace couture gown, the bride may very well be wearing a butt plug.

“The Five New Yorkers You Meet on Subway Stairs,” by Courtney Fearrington

The I Can’t Even: This person is committed to the fast and furious street-speed of New York, weaving in and out of pedestrian traffic and not checking for oncoming cars as he jaywalks against the light. Then he approaches his arch nemesis, a set of stairs. Here’s where he freezes like he’s at the lip of the open door of a plane that’s just reached skydiving altitude and everyone behind him is shouting to jump.

“Are You Emotionally Stable Enough to Get Bangs? A Questionnaire,” by Ria Sardana

Do you feel as if bangs will cover up your deepest insecurities and also your forehead acne and that this two-for-one in the pros column outweighs the fact that your face shape isn’t incredibly bangs-friendly?

“I Am the One Woman Who Has It All,” by Kimberly Harrington 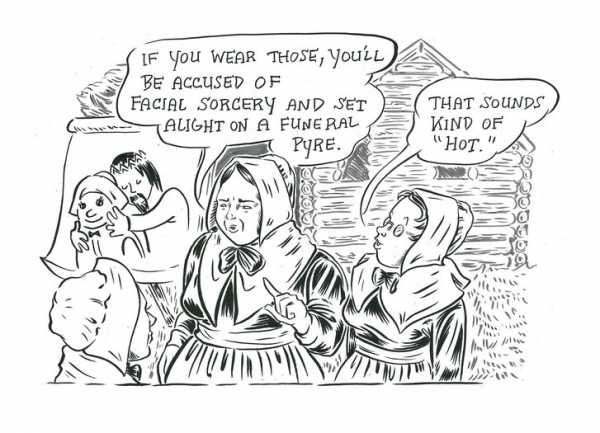 “Your Coffee Addiction, by Decade,” by Jason Hayes

Late Twenties (Regular Use): Give the barista a knowing nod as you step out into the street with your cup of shade-grown glory. You can definitely taste the shade. Anyone who knows anything about coffee knows that the shade is, like, really important.

Day 39. My team came upon a low, fortlike building that houses hundreds of highly organized carbon structures. A sign on the building reads “Kay Jewelers.” Owing to the unremarkable collection of carbon, we deduced that this place was at one point a garbage dump.

“So You Want to Date a New York Museum,” by Ayo Edebiri and Olivia Craighead

The Met Breuer: You were introduced at a noisy party, and have never actually heard his name said out loud. By your second date, it’s just way too late to ask him how to pronounce it. You keep referring to him as “babe,” which at first he loves, but then he’s, like, “Do you not know how to say my name?”

“How the Neighborhood Has Changed,” by Jack Handey

The fish market is gone. And it’s no great loss. The fish were very skinny and had dead eyes. Today, it’s a modelling agency.

“A Brit Explains the Royal Wedding,” by Colin Stokes

Everything you ever wanted to know about the royal couple! 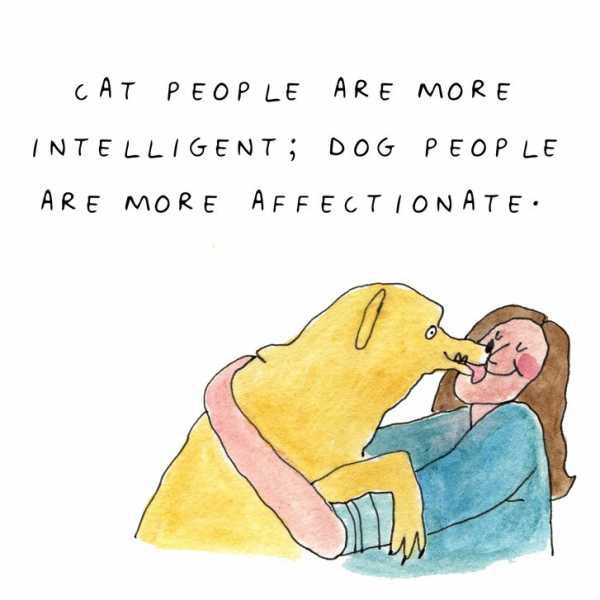 For breakfast, you’ve got to try Frnch Tst. They open at eight, but if you’re not in line by quarter to six—forget it. There’s only one item on the menu: a single slice of French toast, served in a waxed-paper sleeve. They only let you buy one, and they sell them until they run out, usually around 8:06 A.M.

“Seven Signs That Your Man’s Masculinity Is Nontoxic,” by Karen Chee and Jason Adam Katzenstein

When he goes into a sports bar to use the bathroom, he buys a glass of white wine to be polite. 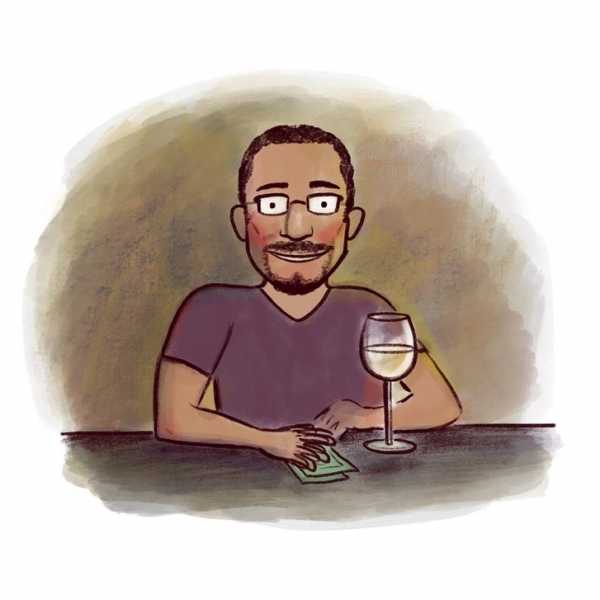 Our instructor’s plaid shirt looked like graphing paper upon which someone had graphed a forlorn man. He said that his name was Greg. Or perhaps it was Phil. I wasn’t listening when he said his name because I was too busy thinking of all the people who have ever drowned in the ocean.

“Michael Jordan vs. LeBron James: Everything You Need to Know,” by Riane Konc

First off, you have to remember that LeBron is playing in a totally different N.B.A. than the one Jordan played in. In some ways, the defense is more, but in other ways it’s, like, where did the defense go? So, that’s a lot to think about.

“That’s What I Get for Trying to Find Love on Tinder,” by Gabrielle Bell 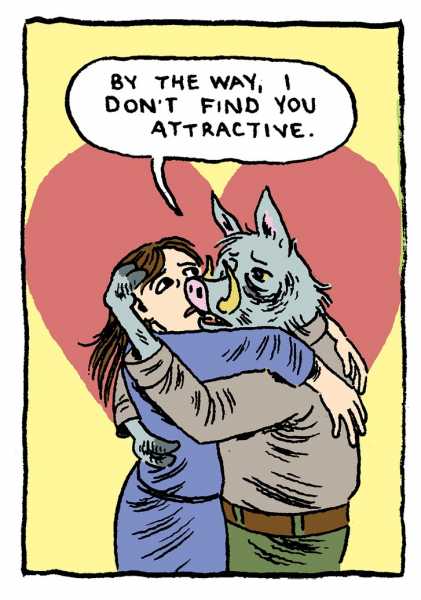 “If You Ever Hurt My Daughter, I Swear to God I’ll Let Her Navigate Her Own Emotional Growth,” by Sophie Kohn

Here’s the goddam deal, JAXSEN—by all means, nervously come over to our house with weird flowers, pick Raina up, and show her a nice time. But KNOW THIS: at every moment, I AM WATCHING myself and actively resisting my ingrained urge to INFANTILIZE MY DAUGHTER and deny her a NORMAL AND HEALTHY EVOLUTION INTO MATURE ADULTHOOD.

“Why White People Called the Authorities This Week,” by Kashana Cauley

“Can you believe that these Puerto Ricans think they can enter America whenever they want, simply because they all have American passports?”

“Where Your Personalities Go While You’re Having Sex,” by Will McPhail 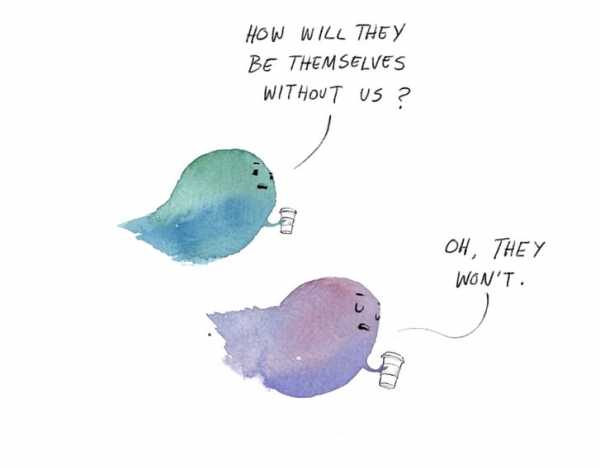 “St. Don,” said Michael Cohen, “tell us, is that man blind through his own sin, or did his parents sin?” And St. Don replied, “Hey, I didn’t do it. Both, probably. How should I know? I find it, honestly, a little disgusting. Let’s clear out.”

Paul cannot run fast, because he has fat legs, and also he is human. So he is, like, Hey, can you do running part? And I am, like, Of course. I will carry you whole way to town. And when we get there you can do speaking part, since you are not horse and you know English and can talk. And he is, like, Deal. 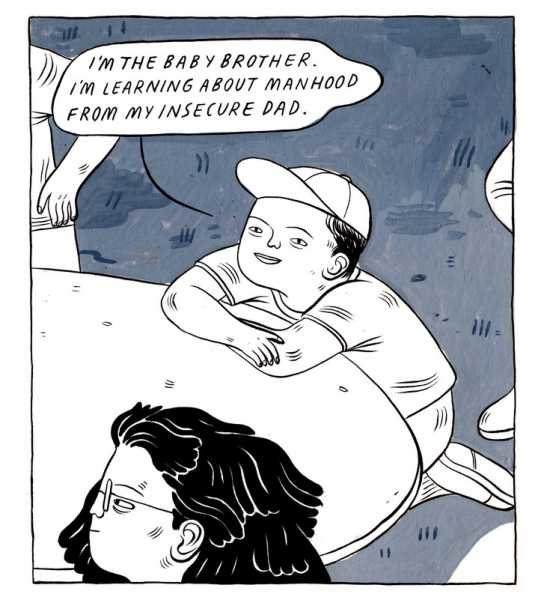 Everybody: Maybe I should try a news blackout for a little while, too.
Everyone: You should. It’s healthy.
Everybody: O.K. I’m doing it right now.
Everyone: Oh, my God! You just missed the craziest shit.

“No Pressure,” by Catherine Mevs

No big deal—and of course it’s amazing that you’re attending a good college—but the most successful founder/C.E.O.s had dropped out of school by now to launch their companies. Google it. 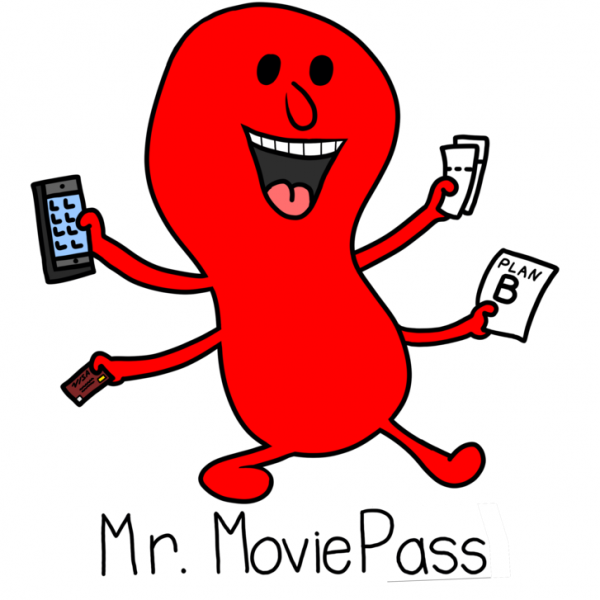 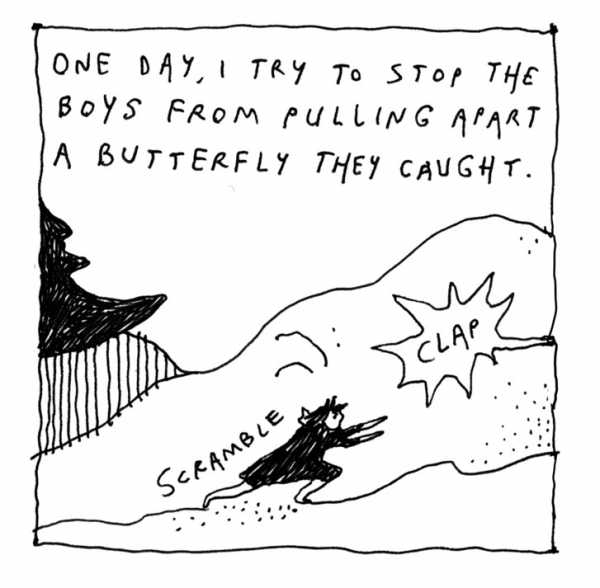 “What I Assume the Eighteen-Eighties Were Like,” by Seth Reiss

People play billiards, not pool, and the tables are, like, bigger? Right? Like, the tables were much bigger than they are now. But the people were shorter. So, the sticks were too big and the people were too small, except for Abraham Lincoln, who is . . . dead at this point? 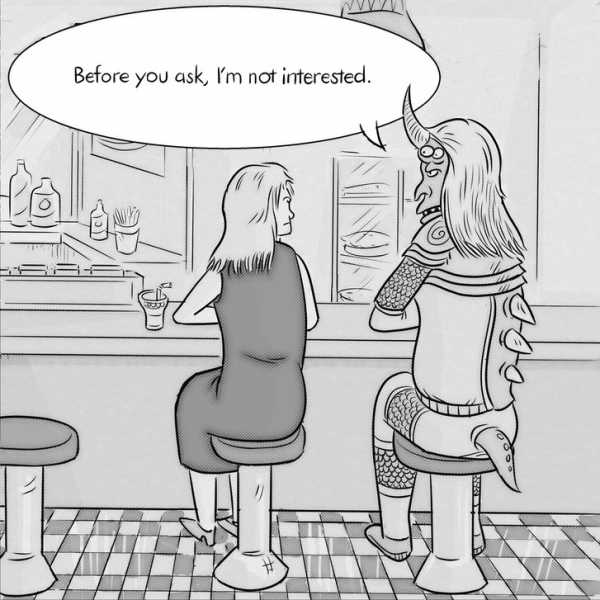 “How to Read ‘Infinite Jest,’ ” by Claire Friedman

Go on beach vacation. Intend to finally make progress on book during cross-country flight. Take too many barbiturates. Cry while watching documentary about “Mister Rogers’ Neighborhood.” Use book as coaster for beers on beach.

“A Few Reminders About This Year’s Thanksgiving,” by Susanna Wolff

If anyone is worried that she might be bringing or saying the wrong thing, a good rule of thumb is just to add more wine. Oh, so much more wine.

Humans pair up periodically, originally for procreation and now mostly for sport. This is the day to get your chosen person a piece of thick, folded paper, some food, or a very old rock.

“Meditation or Dissociation? A Quiz,” by Walter Scott 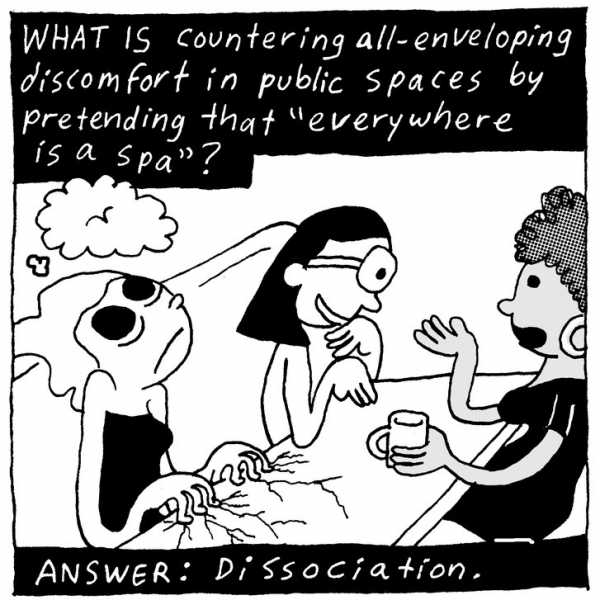 “ ‘The Rules’ Versus My Rules if I Wrote a Dating How-To Book,” by Blythe Roberson

Always End Phone Calls First versus Any Person Under Forty Who Calls Another Person Is a Murderer.

Moldovan President: We Are Unlikely to Join EU

Medical marijuana may help combat the opioid crisis. But there are...

Pochettino disappointed as Lo Celso ruled out until end of October