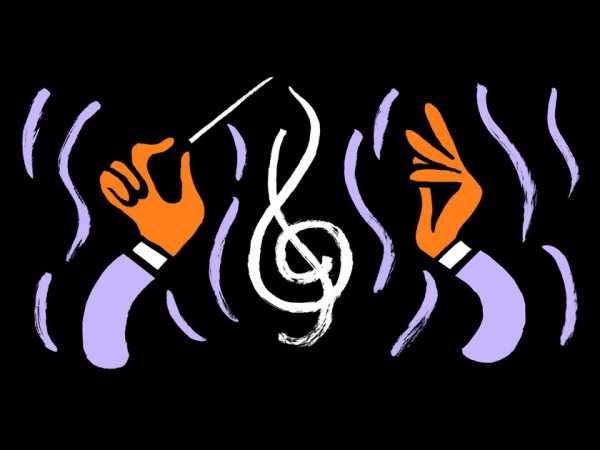 One evening in November, puzzled pedestrians gathered outside Walt Disney Concert Hall, in downtown Los Angeles, to watch watermelons being dropped from a parapet onto the sidewalk. Every few minutes, a melon would detonate in a plastic-walled splatter zone. This was not a reboot of the “Late Show with David Letterman”; it was an exacting performance of Ken Friedman’s “Sonata for Melons and Gravity,” composed in 1966. The score reads, in its entirety: “Drop melons from a great height. Listen to the sound.” The Los Angeles Philharmonic presented the piece as part of a day devoted to the artistic anarchy of the Fluxus movement. Chad Smith, the orchestra’s chief operating officer and longtime artistic guru, exercised his duties to the fullest by operating one of the melons himself.

The L.A. Phil’s centennial celebrations, which began in September, have overrun my list of the year’s notable events. As I wrote last month, no classical-music institution is more creative in its programming or more committed to fostering new work. And that work is not always—indeed, is not often—of the please-everyone, neo-anodyne variety. It comes from all corners of twenty-first-century composition, including the ever-active experimental wing. The Fluxus celebration, which goes on all season, is taking the orchestra into regions of controlled bedlam. At a Fluxconcert in Disney, Nathan Cole, the L.A. Phil’s first associate concertmaster, gave a forceful rendition of Nam June Paik’s “One for Violin Solo,” which involves a ritual smashing of the instrument. (A budget violin was sacrificed for the occasion.) The orchestra followed with Dick Higgins’s “The Thousand Symphonies,” playing from a score that had been generated by firing machine guns into music paper and treating the resultant holes as notes.

For some concertgoers, this was all a bit much. During a presentation of La Monte Young and Marian Zazeela’s “The Second Dream of the High-Tension Line Stepdown Transformer,” a ninety-minute cluster of gorgeous, glacial microtonal drones, numerous patrons made premature exits. Yet, over the decades, the L.A. Phil has succeeded in inverting the norms of classical-music culture, so that even the most outré events attract big, diverse audiences. The orchestra does not stint on traditional fare: amid the splattering melons and machine-gunned music paper, it offered potent performances of Mahler’s Fifth and Prokofiev’s “Romeo and Juliet.” The L.A. Phil has become a museum that also functions as an avant-garde gallery.

The centennial programs are notable for their social inclusivity. At a time when some orchestras are unspooling entire seasons devoid of female and nonwhite composers, the L.A. Phil has commissioned twenty-two women and twenty-seven people of color. In October, at an event in the orchestra’s Green Umbrella new-music series, I was shaken by Tina Tallon’s “. . . for we who keep our lives in our throats . . .,” a response to sexual abuse. The electronic portion of the piece evokes, in Tallon’s words, the “muted whispers, tortured murmurings, and choked admissions of those who have been forced to remain silent far too long.” Agonizingly, those voices do not quite succeed in being heard: after hovering at the edge of comprehensibility, they lapse back into the fractured texture from which they emerged.

Last season, Deborah Borda, the L.A. Phil’s longtime C.E.O., decamped to the New York Philharmonic. Not surprisingly, L.A. Phil-ish things have been showing up on the New York schedule: late-night new-music concerts, composer talks, high-profile commissions of lesser-known composers. The first concerts of the season featured Ashley Fure’s “Filament,” a high-tech soundscape far outside of orchestral routine. To be sure, L.A. Phil-ishness was also a pattern of the Alan Gilbert era, which saw the inauguration of a new-music series in the Green Umbrella mode, one that is now defunct. The San Francisco Symphony, for its part, just announced the hiring of Esa-Pekka Salonen, the principal agent of the L.A. Phil’s transformation. How easily the Los Angeles model can be transplanted elsewhere remains to be seen. For now, Disney Hall is the chief laboratory of the orchestral future.

At the beginning of the year, I crossed the U.S.-Mexico border into Tijuana—where thousands of asylum seekers are now encamped—to witness a performance of John Luther Adams’s “Inuksuit,” for mass percussion. Steven Schick and the San Diego Symphony organized a cross-border, multinational ensemble, obtaining last-minute permission from the U.S. Border Patrol. For a mind-bending hour or so, the border disappeared. Read more.

“Only the Sound Remains” in Paris, February 4th

Kaija Saariaho’s latest opera draws on Ezra Pound’s adaptations of the Noh dramas “Tsunemasa” (“Always Strong”) and “Hagoromo (“Feather Mantle”). Earthly and spirit realms intersect, with Saariaho’s liminal, luminous music serving as an ideal medium. In Peter Sellars’s production, which came to Lincoln Center in November and which I saw earlier at the Opéra de Paris, the bass-baritone Davóne Tines and the countertenor Philippe Jaroussky waver between sensuous and spiritual modes of love, seeming to erase the difference.

Having made his name in thunderous Russian repertory, the wizardly Trifonov is now expanding his horizons. In a recital at Carnegie’s Zankel Hall, he darted decade by decade through the twentieth century, exploring such unaccustomed fare as Copland’s Piano Variations, Stockhausen’s Klavierstück IX, and Ligeti’s “Musica Ricercata.” I was most struck by his diaphanous, ecstatic rendition of Messiaen’s “Le Baiser de l’Enfant-Jésus”—playing of unreal beauty.

The year’s most staggering feat of musical endurance belonged to the Austrian pianist Markus Hinterhäuser, who, in a non-relaxing but perhaps cathartic break from his duties as the director of the Salzburg Festival, played the six brutally difficult piano sonatas of Galina Ustvolskaya under a fierce sun at the Ojai Music Festival. Read more.

The incandescent young Georgian mezzo lit up a drab start to the Met season with her full-on, all-in portrayal of Amneris in “Aida.” She has all the ear-singeing power required to summon the character’s jealous rage, but she also brings out Amneris’s loneliness and longing, making the part much more than a campy tour-de-force. Read more.

Absent for eight decades, Giacomo Meyerbeer’s grand opera “Les Huguenots” returned in triumph to the Opéra de Paris. Far from being an assemblage of “effects without causes,” as Wagner once charged, “Huguenots” is an all-too-pertinent political drama in which tolerance falls prey to murderous fanaticism. The opera is in urgent need of revival at the Met. Read more.

After a centennial street party that involved dozens of performances along an eight-mile route from Disney Hall to the Hollywood Bowl, the L.A. Phil kicked off its regular season by unveiling a new American masterpiece. Read more. 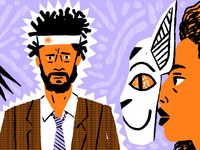 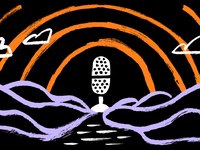 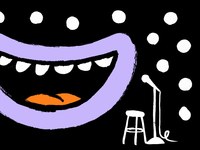 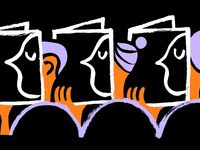 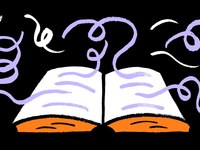 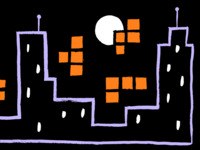 “Romeo and Juliet” with the L.A. Phil and the L.A. Dance Project, October 21st

As Gustavo Dudamel led an explosive account of Prokofiev’s score, Benjamin Millepied followed his dancers with a camera offstage, streaming video to the audience. The result was startling, dazzling, and wrenching in equal measure. Read more.

At the age of ninety-two, the high elder of European music has written a work that seems likely to stand not as an epilogue to his career but as its capstone. His adaptation of Beckett’s “Endgame” feels like a posthumous collaboration of equals. My review will appear in a coming issue of The New Yorker; in the interim, read Zachary Woolfe and Paul Griffiths.

Anna Thorvaldsdottir, “Aequa” and other works

The Power of Personal Style in “Phantom Thread” |

England v India: All you need to know from day four...