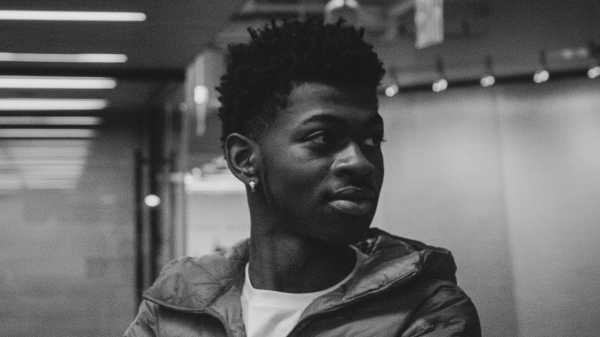 When Montero Hill, a nineteen-year-old from Atlanta who makes music as Lil Nas X, told his father that he wanted to drop out of college to become a rapper, he was met with concern. It wasn’t the usual paternal doubt—rather, his father was worried that the hip-hop playing field was already too crowded. “There’s a million rappers in this industry,” he told his son, according to an interview that Hill did with Time. And he was right: the rap ecosystem is teeming with talent. Sometimes even the most promising register only as a blip on the radar. But Hill’s father underestimated his son’s savvy and entrepreneurial spirit. As Lil Nas X, Hill was able to stand out in a competitive genre by disregarding it altogether. After a period of tinkering, he made an unconventional song—one that wasn’t even rap—and promoted it in an even more unconventional way. “Old Town Road,” which Hill describes as “country trap,” has made its way to the top of both the Spotify and Apple charts in the U.S., and now sits at No. 15 on the Billboard Hot 100 chart. It’s a strange little two-minute ditty that has, in the past few weeks, garnered attention from the likes of Tom Brady and Justin Bieber and Reba McEntire, all while generating a blizzard of discussion about genre boundaries and gatekeeping in music.

As a song, “Old Town Road” is an unassuming experiment—the product of a kid messing around with the limited tools at his disposal. Hill recorded it during a particularly low period, when he was living with his sister and feeling despondent about his prospects. On the track, he does some role-playing, harnessing an imaginative understanding of a cowboy’s sorrows and using a simple, twangy banjo sampled from an old Nine Inch Nails song. “I’m gonna take my horse to the old town road / I’m gonna ride it till I can’t no more,” he sings, disconsolate but resolute. He spikes the song with references more likely to be found in hip-hop, citing his Gucci cowboy hat and saying that his “life is a movie,” a common line from rappers. Stylistically, the track is country music, but it also feels like a clever joke about country music. It’s a novelty song, but it’s far too convincing and catchy to be written off as pure parody.

As strange as the song is, the way it climbed the charts is far stranger. Hill’s launchpad was TikTok, the massively popular Chinese app that is part video-creation portal, part meme generator, part Internet-culture chemistry lab. Late last year, Hill picked up traction there with users who wanted to use “Old Town Road” as a soundtrack for their own winking, cowboy-themed videos, at a time when the concept of “yee-haw” and black-cowboy culture was becoming a point of fascination on social media. (Last spring, the singer and songwriter Dom Flemons documented the history of the tradition in an album called “Black Cowboys.”) The popularity of “Old Town Road” on TikTok was compounded on Twitter, where Hill dabbled in the virality game by running a Nicki Minaj fan account. (Hill denies involvement with the account.) In March, the song slipped into the mainstream, débuting on both the Hot R&B/Hip Hop Songs and Hot Country Songs charts on Billboard.

What seemed like a viral Cinderella story was marred, suddenly, when Billboard removed the song from its country chart, claiming that while “Old Town Road” “incorporates references to country and cowboy imagery, it does not embrace enough elements of today’s country music to chart in its current version.” That it remained on the Hot R&B/Hip Hop Songs chart was telling—“Old Town Road” doesn’t exactly embrace classical elements from those genres, either. More likely, Billboard was wrestling with the discomfort of a black teen-ager with a hip-hop stage name succeeding in the world of country music on a lark. It was only when the country-pop veteran Billy Ray Cyrus remixed the song and added his own verse, last week, that Billboard suggested it might reconsider its decision and make “Old Town Road” eligible on the country chart once again.

Billboard’s decision to remove the song—and then to backtrack when it was validated by a heritage white country star—was a plainly defensive and nonsensical move that fell in line with its long-running mistreatment of black country artists. But this kind of semantic hair-splitting, both from Billboard and from audiences, misses the point altogether. It’s an attempt to preserve a system of genres that has been crumbling for many years, and to affirm the primacy of a chart structure that is no longer relevant. The cross-pollination of country music with hip-hop, pop, and dance music has been happening for decades, and has been well documented on Billboard’s own charts. Recall that Taylor Swift’s “We Are Never Ever Getting Back Together”—a pure pop hit if there ever was one, and far less “country” than “Old Town Road”—stayed atop Billboard’s Hot Country chart for nine straight weeks, while more recently a pop-folk act like Kacey Musgraves continues to be a country-chart mainstay.

The question of whether a song belongs to country music—or to any genre, for that matter—is an outdated one. Traditional radio and chart formats, dictated by genre, have long been usurped by free-associative, mixed-format consumption habits on streaming services and even more rogue platforms like TikTok—platforms which have never bothered to consider any sort of formal taxonomies. It is now Billboard’s duty to play catch-up, and for pointers they might turn to Hill. When asked by Time what he thought of the chart controversy that he’d inspired, he gave a vague and disaffected answer that indicates he isn’t concerned about drawing lines around his music. Is “Old Town Road” a rap song or a country song? “It’s not one, it’s not the other,” he said. “It’s both.”

US Democrats Call for Sanctions on Russia Over Alleged 2020 Election...