Home Culture One Year of #MeToo: A Younger Generation’s Remedy for Rage | 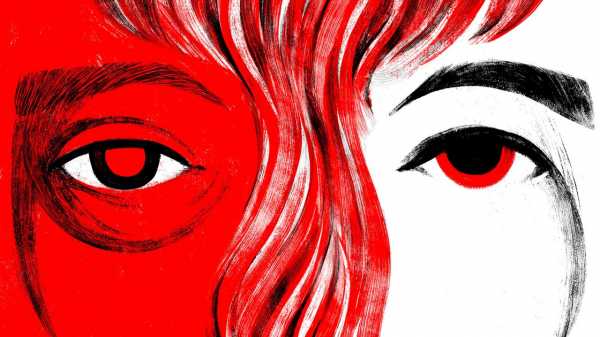 Last summer, in Alaska, a thirty-four-year-old white man named Justin Schneider met a twenty-five-year-old Native American woman at a gas station. He offered her a ride, and she accepted. Later, he demanded that she get out of the vehicle. He strangled her until she lost consciousness—she later said that she presumed, in those moments, that she was about to die—and then masturbated on her. Later, when she came to—he was still there, and he handed her a tissue—she had the clarity of mind to record his license-plate number. The information eventually led to his arrest. At his hearing, last month, Schneider accepted a deal that included no prison time, though he has to wear an ankle monitor and attend a treatment program. “I would like the gentleman to be on notice that that is his one pass,” the prosecutor, Andrew Grannik, told the courtroom.

Like many women, I can’t decide whether I have a moral obligation to fully consume and process stories like this one—kidnapping, strangulation, sexual assault, one pass—or whether paying close attention is in fact a poison that will dissolve me from the inside out. In the past year, the #MeToo movement has made new space for women’s accusations—particularly for those with potential financial ramifications for corporations. This felt, at first, like a gift. Several high-profile men were held publicly accountable for abusive behavior. Each time another dangerous figure was ousted from a position of power, it meant that fewer people would be subjugated, humiliated, or assaulted at work. The number of women who came forward to directly address their abusers forced an immediate reckoning with the plain fact that many (if not most) women had been internalizing similar experiences for years, if not lifetimes.

Yet the volume of accusations had the unexpected side effect of making me so hot with anger that there were days when I simply couldn’t catch my breath. Like most women, I knew, intimately, the pressures and weight of patriarchal culture. The flood of private stories made public wasn’t startling or even unanticipated, exactly. But to see women’s pain reiterated so endlessly and broadly was depleting in ways I simply didn’t expect. Here was progress, an extraordinary breakthrough, a large and welcome dialogue, but I did not feel good or liberated. I just felt incapacitated by my own fury.

There are all sorts of very well-intentioned self-help bromides—“Get some exercise,” “Take a time-out”—regarding the best way to manage or think about overwhelming anger. Rebecca Traister’s new book, “Good and Mad: The Revolutionary Power of Women’s Anger,” suggests that “women’s anger spurs creativity and drives innovation in politics and social change, and it always has.” But anger is also an especially brutal kind of self-harm. It’s not nutritive; the physiological ramifications are dire and well documented. “Anger is an acid that can do more harm to the vessel in which it is stored than to anything on which it is poured” is how Mark Twain put it. “Whate’ers begun in anger, ends in shame,” Benjamin Franklin said. The point is that anger corrodes a person. Your insides rot. You turn sour. The feeling itself is infantilizing, endless, and frightening. There is no dignified or productive way to scream until your eyes turn red. All thinking about my anger did was make me angrier.

Since the #MeToo movement began, much has been made of a so-called generational divide in the way younger and older women have metabolized its lessons. The primary narrative, advanced by Sheila Weller and others, is that young millennial feminists have adopted a harsh, zero-tolerance policy toward uncomfortable behavior of any sort, whereas older feminists who came of age politically as late as the nineteen-nineties support a more pliable and supposedly forgiving philosophy, which better takes into account the inherent messiness of sexual negotiations. The divide itself feels like a trap, predicated on the insane idea that all women should respond in a coherent and unified way to revelations of endemic abuse. It also presumes that any sort of difference is unhealthy—a fracture.

It has taken me a full twelve months to contain the fury and resentment of those early days, when the whole history of human relations felt so dark and odious that it was hard to see a reasonable way forward. It’s normal, I think, during times of deep confusion, to look toward the past for guidance—to see how we muddled through or toppled injustice before, to look for edification from our forebears. Yet, in the past twelve months, I’ve had tremendous (and unexpected) help from the young women at the university where I teach, who often respond to a new burst of heartbreaking news not with deep psychic exhaustion or rage but with righteous insistence—optimism, almost—that not one more woman should ever be made to feel powerless. More and more, I have found myself looking forward for help.

Because they are coming of age in the #MeToo era—the majority of my first-year students were born in or near 2000—they have less visceral memories of our nation’s past mistakes. (I was eleven when Anita Hill accused Clarence Thomas of sexual harassment; I watched her testimony on television with my parents. I remember only that our local newscasters spoke of her as opportunistic and unpatriotic, with little mention of her bravery or conviction.) I recall my own meekness as an undergraduate, and feel tremendously proud of my students’ strength. They are now deeply awake to the politics of their own bodies, an idea that has occupied so much of the news cycle for the past year. It took me decades to understand what they had already absorbed as adolescents: that women’s voices do matter, even if the needle doesn’t always move in response to their testimony. Their expectations of empowerment remain high. In class, I watch them listening to one another and responding with empathy. They are quick to hold people in positions of power accountable without fear. Perhaps that surety is a luxury of the very young. I am trying to claim it as my own.

Pakistan to Answer 150 Questions by FATF on Compliance Report to...