Home Culture One Year of #MeToo: The Legacy of Black Women’s Testimonies | 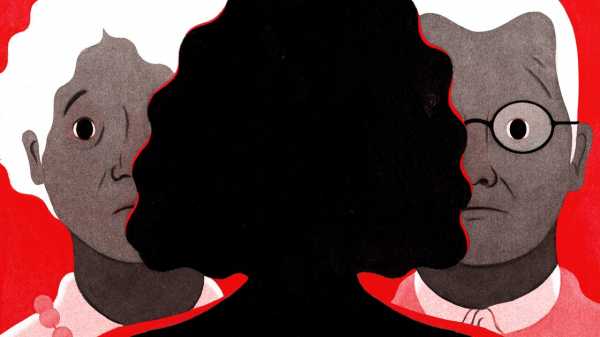 Twenty-seven years after Clarence Thomas’s confirmation hearings, Anita Hill recalled that the most wrenching part of her testimony was not being asked by an all-white, all-male judiciary committee to repeat Thomas’s graphic and grotesque comments. It was knowing that her elderly parents had to live through the ordeal, too.

Irma and Albert Hill were deeply religious people. They raised thirteen children while working as farmers in Okmulgee County, Oklahoma, and taught them “to be honest and truthful and hardworking,” Anita Hill explained in an interview, in 2017. Irma turned eighty on the day that the vote was taken to confirm Thomas. Looking back on the hearings, Hill said, “They felt that they couldn’t protect me. . . . It was hard for me to see that I couldn’t protect them.”

Years ago, I was sexually assaulted. Afterward, I winced at the thought of telling my parents. When I did tell them, they were loving and supportive, but they also wondered aloud how this could have happened to me. I was at a loss myself. I was supposed to be a source of pride to my parents. For the first time in my life, I felt that I was a source of shame. We don’t talk about it anymore, because there is nothing that can be said to make it less searing for any of us.

I have few memories of the immediate aftermath of the assault. I pushed it out of my mind, until a month later, when I was flying over the Atlantic Ocean to attend a conference. As I looked out the window, the most unwanted and unwelcomed images visited me and then evaporated into the black sky. They were out of order, disconnected, and disgusting. A revolting feeling came over me, first in waves, and then settled in my stomach.

At the conference, I stumbled through my paper, flubbing lines that I knew by heart. I called my therapist, who referred me to a psychologist who specializes in trauma. I saw her the week that I returned, and I’ve seen her every week since. She assured me that it was not my fault and that it is not uncommon to block out traumatic events.

During this time, I received tenure at Stanford. I should have felt relieved and secure; instead, I felt vulnerable and more anxious than ever. I retreated to the safety of my bedroom and slept at every chance I could get. Before, I was travelling almost every week. Now I was lost in a fog of exhaustion. I began to confide in friends and colleagues so that they would forgive my absences.

A year passed, and I believed that, finally, I was beginning to heal. But, one afternoon, as I drove to meet a friend, I saw signs for a highway exit that reminded me of the event. Suddenly, the sickening feeling returned, and I had to pull over. At any moment, I now knew, a sound, a touch, or even a highway sign could bring back those terrifying images. Eventually, I would understand that this is how trauma manifests itself—episodically and fitfully. I would learn to live with unpredictability. But I still feel my left hand slowly clench into a tight fist when I tell my story to others. I search their faces for signs of judgment or pity.

Sexual exploitation has become a part of black women’s collective history and memory. For centuries, white men routinely harassed, abused, humiliated, and raped black women, especially those who worked in white homes as domestic servants. As a result, the historian Darlene Clark Hine has written, black women developed a “culture of dissemblance” that “created the appearance of openness and disclosure but actually shielded the truth of their inner lives and selves from their oppressors.”

There was no room for a black woman on a white woman’s pedestal, regardless of class status, refinement, or educational attainment. But black women could elevate themselves, they hoped, by avoiding any expression of sexuality, and black communities rewarded them with esteem and recognition if they met these moralizing demands. The “politics of respectability,” a term coined by the historian Evelyn Brooks Higginbotham, confined black women to a strict code of conduct and proper behavior. At times, it meant policing one’s desires and diminishing one’s self in order to be accepted and acceptable by white middle-class standards. But, in most cases, it did not work. Black women continued to be questioned, degraded, and violated.

Despite the powerful imperatives to keep quiet, courageous black women stepped forward and bore witness to their experiences. In 1861, Harriet Jacobs appealed to Northern white women to believe her when, in her autobiography, “Incidents in the Life of a Slave Girl,” she recounted the sexual violence that she experienced at the hands of her master. Testifying before a Joint Congressional Committee, in 1871, Harriet Simril named the three members of the Ku Klux Klan who raped her after her husband voted for the Radical Republican ticket in Columbia, South Carolina. Both Recy Taylor, a twenty-four-year-old wife, mother, and sharecropper who was gang-raped by seven white men, in 1944, in Abbeville, Alabama, and Betty Jean Owens, a college student at Florida A. & M. University, who was gang-raped by four white men, in 1959, in Tallahassee, drew on traditions of resistance and protest to testify against their attackers.

In 1964, at the Democratic National Convention, Fannie Lou Hamer, a civil-rights activist and sharecropper from Ruleville, Mississippi, described the sexual violence that she endured after she was arrested for sitting in the whites-only section of the lunch counter at a bus station in Winona, Mississippi. “I question America,” Hamer declared in a televised session, as she challenged the legitimacy of Mississippi’s all-white delegation. President Lyndon Johnson recognized how gripping Hamer’s testimony was to national audiences and delivered a press conference that interrupted it before it could air in its entirety.

In 1991, Anita Hill was reluctant to testify against Clarence Thomas. As one of Hill’s friends later explained, “You don’t walk around carrying your burdens so that everyone can see them. You’re supposed to carry that burden and try and make the best of it.” But when the Judiciary Committee asked Hill to give an account of her experience, she said, “I felt that I had to tell the truth. I could not keep silent.”

Yet the committee failed to call on qualified experts or to show curiosity about why the effects of sexual harassment persist long after the incident. They made racist and sexist assumptions. Years later, in an interview, Hill asked a simple question: “What if the Senate had actually taken me seriously?”

Today, the tradition of testimony—carried out through intimate and public conversations, and swelling protests around the country—is changing how sexual violence is understood in this country. Many thousands of women have emboldened one another by telling their stories of sexual harassment and assault. Last month, as Christine Blasey Ford gave credible and compelling testimony that Justice Brett Kavanaugh sexually assaulted her when they were in high school (Kavanaugh denied the allegation), callers swamped C-SPAN’s phone lines to tell their own stories in solidarity with Ford. A seventy-six-year-old woman from Missouri, who had been assaulted when she was in second grade, said, “You get confused and you don’t understand it, but you never forget what happened to you.” This is the most promising development of #MeToo. Accounts of sexual assault, once considered unspeakable, are spoken every day.

Yet, despite the enduring legacy of testimony by black women, white women have often played the protagonists in the history of sexual violence, and black women have been relegated to the supporting cast. Harriet Jacobs, Recy Taylor, Fannie Lou Hamer, and countless others took great risk and made great sacrifices, making it possible for more women to tell their stories, but many of us do not know their names.

We can create a more inclusive narrative. As the legal scholar Kimberlé Crenshaw recently argued, “black feminist frameworks have been doing the hard work of building the social justice movements that race-only or gender-only frames cannot.” To do better by all women, we must listen and recognize the historical and contemporary circumstances that shape their experiences and have real consequences on their lives. The historian Elsa Barkley Brown has written, “We have still to recognize that being a woman is, in fact, not extractable from the context in which one is a woman—that is, race, class, time, and place.”

Every trauma and every testimony has a history. Before we can heal, we have to share those histories, and learn and honor them, too.

Congress returns to DC amid growing call for action on gun...