Home Culture One Year of #MeToo: We Need a More Inclusive Language of Abuse... 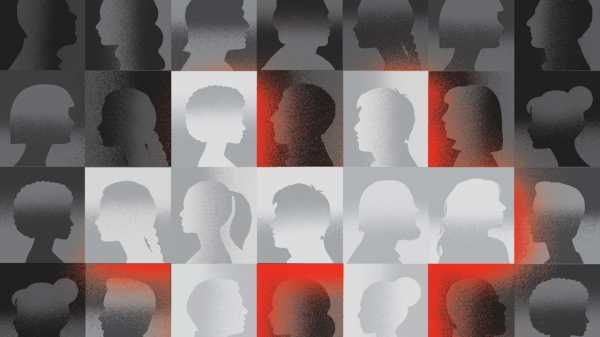 Geometry has only ever confused me. Presented with the simplest ideas about space and shape, I get agitated and dim. But there is one concept that I think I understand: the asymptote. The asymptote is a line that a curve approaches as it stretches along a graph’s axes. The curve tends toward positive or negative infinity, always approaching the asymptote but never reaching it. In this way, it behaves a bit like language. You enlist the word, the phrase, the take, and it gets close to the truth, but not all the way there.

The idea of infinite approach has been buzzing in the back of my mind this past year. As #MeToo has consolidated, it has developed a contagious language, borne of the Internet, based in shorthands and slogans. The principal mantra is to “believe women.” Its proliferation has felt paradigm-shifting, especially as we’ve seen it take hold in environments that have historically taken the opposite approach. Prestige dramas now have #MeToo subplots; “The View” doesn’t complete an hour without doing a sexual-assault temperature check. This registers as a surprising reroute, a maturation of the shallow empowerment feminism that took hold in the early aughts.

Viral movements always come with elisions and omissions, and this has been true of the #MeToo movement from the start. Shortly after the first article about Harvey Weinstein’s sexual abuses appeared in the Times, last October, the actress and activist Alyssa Milano, who is white, tweeted that a friend of hers suggested that her followers share their stories of sexual assault under the hashtag #MeToo. Media latched onto Milano’s message. It was only later revealed that a black woman activist named Tarana Burke, the founder of the youth organization Just Be Inc., had started consciousness-raising around sexual assault under the rallying cry “Me, too,” in 2006. Burke’s grassroots organizing was the result of a heartbreaking conversation she’d had with a young black girl she was advising in her work as a youth counsellor. Burke’s contribution to the movement was acknowledged, perhaps with some sheepishness: she was recognized at the Oscars and was featured on the cover of Time, last year, as a “Silence Breaker.” But the terms of #MeToo have always been dictated by the moneyed and the beautiful. Many celebrities are aware of the dynamic. “We recognize our privilege and the fact that we have enormous platforms to amplify our voices,” the TimesUp organization wrote in response to the seven hundred thousand female farmworkers who issued a letter of support to women actors in Hollywood, in November of last year.

It is an élite cohort that is amplifying the cause of lower-class activists, and this has strengthened a hierarchy that must be dismantled. There have been several occasions in the past year when, reading an op-ed by a famous woman about the violations to which she was subjected, I’ve felt queasy. The essays were invariably coupled with a portrait in which the author appeared preternaturally composed. The glamour has its own effect. Writing to The Edit in September of this year, a Times reader named Ebony Miranda said that #MeToo made them feel lonely. “The woman who started #MeToo, Tarana Burke, says there is no model survivor,’ but you wouldn’t know that by reading the news. I’m not a beautiful white actress. I’m a young, black, queer, non-binary person with an office job.”

I think about how, often, in my own writing, I have leaned on the language that has congealed around the movement and immediately felt dissatisfied with the lack of precision, and my own lack of patience. We have seen in the past year that there is no set definition of exploitation, that predation is not inherently masculine, nor victimhood exclusively feminine; that there are power dynamics that cause a female professor to harass her gay male student; a prominent, gay actor to sexually abuse an underage boy; an actress who had been the victim of rape to then exact abuse on a young actor. By casting these examples of abuse as outliers, we narrow our grasp on how adaptive the patriarchal system is, how it is able to replicate itself in relationships that don’t fit into immediately familiar categories.

As our political system continues to threaten female autonomy, I worry that fear of theTrumpian right may encourage the sentiment that intersectionality is a distraction, and that “women” need to band together to fight their common enemy. History has shown us that when the left does not heed its most marginalized groups, it loses. In Lauren Berlant’s 2011 book, “Cruel Optimism,” Berlant, a scholar of queer theory and a historian of affect, argues that our fixation on the traumatic event—the lurid rape, the incredible Presidential election—keeps us from grasping that our present is one of “crisis ordinariness.” In its first year, #MeToo, in its unprecedented, and embattled, expansion of the definition of sexual violence in American culture, captured the crisis ordinariness of one sector of society. The survival of #MeToo will depend on capturing many others, too.

Processed foods are a much bigger health problem than we thought