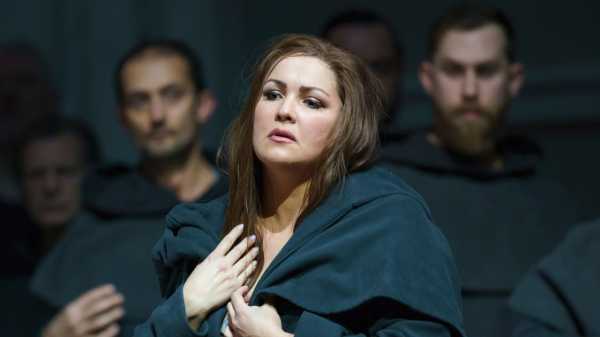 On Saturday, March 23rd, an estimated million people marched in London, waving European flags, to demonstrate against the imminence of Brexit. At the same time, a petition with five million signatures was circulated, asking the government to revoke Article 50 of the European Union’s Lisbon Treaty, which allows member states to withdraw from the E.U. Meanwhile, Nigel Farage, an arch-Brexiteer and the former leader of the U.K. Independence Party, was sponsoring an almost three-hundred-mile march across England, demanding the strictest possible withdrawal under the slogan “Leave means leave.” The march finally arrived in London on Friday, March 29nd, which was expected to be Brexit Day. Instead, on that Friday, Prime Minister Theresa May’s negotiated exit was rejected, for the third time, by Parliament. The mounting political chaos of that whole Brexit week left Britain with an utterly unpredictable political future and the looming possibility of economic chaos.

I was in England that week, watching demonstrators in the street: angry, boisterous, distressed, disconsolate, some waving the starred flag of the E.U., some draped in the Union Jack. I appreciated the depth of the crisis, but I was there for a different reason. In the world of opera, that same week in London saw a set of sensational performances at the Royal Opera House, in Covent Garden: Giuseppe Verdi’s challenging masterpiece “La Forza del Destino,” bringing together the two most acclaimed superstars of the contemporary opera world, the Russian soprano Anna Netrebko and the German tenor Jonas Kaufmann. These performances were instantly sold out, with tickets being scalped for thousands of pounds and operagoers gathering from all over the world during what also just happened to be the crisis of Brexit week.

In addition to the Russian and German superstars, the baritone, Ludovic Tézier, is French; the basso, Ferruccio Furlanetto, is Italian; the director, Christof Loy, is German; and the conductor, Antonio (Tony) Pappano, is Anglo-Italian. The audience included people speaking every European language. Opera, as a high-brow art form, has always been thoroughly European, in its performers, venues, public, and artistic inspiration. This was true in the early eighteenth century, when the German composer George Frideric Handel wrote Italian operas in London. It was true in the eighteen-sixties, when Verdi wrote “La Forza del Destino,” based on a Spanish drama, for a première in St. Petersburg, starring a French soprano. “Forza,” at the Royal Opera House, received rapturous acclamation during a week of fierce political demonstrations, which points to a bitter irony of the current crisis: that Europe, united at the level of élite culture, is hopelessly divided and embattled in the sphere of mass politics. Indeed, the fierce anti-Europeanism of economically uncertain Britons, who were swayed by populist demagogues to support the Brexit referendum, might even be partly directed against precisely the sort of prosperous, cosmopolitan, high-cultured European operagoers who converged on Covent Garden this week in a spirit of artistic communion.

Set in the eighteenth century, “Forza” revolves around three principal figures who spend the opera pursuing each other across southern Europe, lost in a continent at war, chasing one another for reasons of both passion and deadly hatred, before they’re finally and fatally brought together, in the last act, by “la forza del destino” (the force of destiny). The tenor, Don Alvaro, is an Incan prince, who can never be accepted as a European nobleman worthy of the love of the soprano, Leonora di Vargas, especially after he accidentally murders her father in the course of a failed elopement. Her brother, Don Carlo, the baritone, pursues them both with the purpose of avenging his father’s death, and, while Leonora takes refuge in a church, among Franciscans, Don Carlo and Don Alvaro end up in Italy, as soldiers in the army, and begin a passionate friendship, not knowing that they are sworn enemies.

Both Netrebko and Kaufmann brought some of their national cultures to their roles in this Italian opera. Netrebko created a Dostoyevskian Leonora, whose intense piety and craving for atonement were laced with voluptuous, sensual vocal coloring. Her Leonora pleaded for peace (in the aria “Pace, pace”) even while remaining an irresistible magnet for violent passions. Netrebko’s performance was a reminder that Verdi composed this opera for Dostoyevsky’s St. Petersburg, in the eighteen-sixties, the decade of the great Petersburg novel “Crime and Punishment,” a title that would also have worked for “La Forza del Destino.” Kaufmann brought to Don Alvaro the lonely longing of the outcast Volsung Siegmund, from Wagner’s “Die Walküre,” recognizable here in the guise of Verdi’s Incan wanderer, far from Peru, denounced as a savage in Europe, searching far and wide for the woman who loves him but will always be forbidden to him. Lonely soul that he is, Don Alvaro expresses his passionate longing through duets, with Leonora, of course, but also with Don Carlo, his only friend and also his deadly enemy. Indeed, the magnificent Verdian duets between the tenor and baritone suggest that Don Alvaro is scarcely less passionate about Don Carlo than about Carlo’s sister.

The loneliness of Don Alvaro reminds us that he is an operatic wanderer, an immigrant, and immigration is an obsessive preoccupation that has hovered over the Brexit referendum and crisis from the beginning. In Britain, as in America, it has been very difficult for political élites to come to terms with the virulently xenophobic feelings of ordinary people in difficult economic times. Antonio Pappano, the music director of the Royal Opera House, is himself the son of Italian immigrants to Britain, and, working with Kaufmann, created a particularly moving portrait of an outcast immigrant in search of acceptance. In Italy, the government is dominated by the Lega, a fiercely xenophobic party whose leader, Matteo Salvini, becomes ever more popular as he denounces Europe and immigration; at the same time, in the spirit of cultural nationalism, the Lega embraces Verdi as a national icon.

Yet Verdi was always chorally sympathetic to outsiders, from exiled Hebrews, in “Nabucco,” to itinerant Gypsies, in “Il Trovatore.” There is a disturbing, inflammatory Gypsy figure in “La Forza del Destino,” Preziosilla, who incites the choral crowd to sing, with bellicose enthusiasm, for the ongoing war. Though we know that Don Alvaro and Don Carlo are fighting as military comrades, one of the puzzlements of the opera is how to understand the gloriously intense and totally serious passions of the soloists—love, honor, revenge—in relation to the almost frivolously carnivalesque jingoism of the chorus. Yet this problem of dramatic incongruity appears strangely relevant to the current moment; the intensely self-involved preoccupations of the élite operatic characters render them blind to the casual ferocity of the hard-drinking, war-loving chorus. When the chorus sings “Viva la pazzia!” (Long live insanity!), during a drunken celebration of the war, the Franciscan Fra Melitone, performed by the wonderful Italian baritone Alessandro Corbelli, denounces the crowd as sinners, as the very reason that there will never be peace in the world.

This dramatic moment was perhaps uncomfortably relevant to those of us in the opera house, in London, caught up in the magnificent emotions imagined by Verdi and brought to the stage with supreme vocal charisma by Netrebko and Kaufmann. We allowed ourselves to be, for the duration of the performance, oblivious to the political insanity raging outside of the opera house, reflecting a hatred of immigrants, a hatred of Europe, and, perhaps, a hatred of élite European culture itself as summed up, in its very essence, by the opera.

“Everything is in confusion,” sings Fra Melitone. That was also true for the world outside of the opera house during Brexit week. As many have commented, English political life is hurtling “down the rabbit hole,” and it’s perhaps worth noting that “La Forza del Destino,” in 1862, was an unlikely cultural sibling of that quintessentially British masterpiece “Alice’s Adventures in Wonderland,” which Lewis Carroll began writing in that same year and was published soon after, in 1865. Brexit is the maddest of mad tea parties, and, if, somewhere, the Cheshire Cat is grinning at the confusion, we are unlikely to enjoy the humor anytime soon. Brexit will not end, like the opera, with curtain calls and applause for the superstars. And neither, as in “Alice’s Adventures in Wonderland,” will it turn out to be the disturbing dream of an afternoon nap. In London, as, perhaps, also in New York, we may be moving between the artistically conceived passions of the opera house and the demagogically driven crises of our own political nightmares for some time to come.

The Matchless Presence of Doris Day |

Festivus for the Left of Us