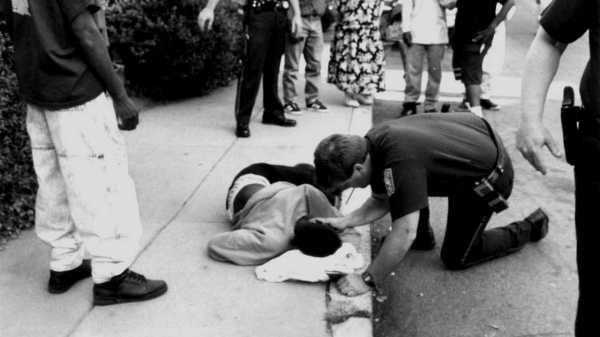 Professor David Kennedy’s radical approach to gang violence sounded like academic claptrap, but it worked, and it has led to a paradigm shift in urban law enforcement.

This film is a collaboration between The New Yorker and Retro Report.

Operation Ceasefire, an audacious approach to reducing gang-related violence that was developed by David Kennedy, a professor at John Jay College of Criminal Justice, was still largely unproven in 2008 and 2009, when I spent time with Kennedy in Cincinnati, watching as the city’s police department implemented his ideas. Kennedy had had some success in Boston while he was developing the program, at the Harvard School of Government, but Ceasefire sprang from a very different philosophical approach to gun violence from the one behind zero-tolerance policing, in which police target high-crime areas and make arrests for infractions like jaywalking and loitering, and which was enshrined in many big-city police departments at the time.

Kennedy, who looks more like a dude you’d see astride a Harley in full leathers with “Hogtown” stenciled on the back than like a policy wonk, was making the argument that the vast majority of the homicides in cities were gang-related, driven by beefs and score-settling, and that the perpetrators were not sociopaths but rational actors who were looking for a way out of the cycle of violence and revenge they found themselves trapped in. It sounded like pointy-headed liberal academic claptrap. I admit I was a little skeptical myself.

What I saw in Cincinnati not only changed my mind but rocked my world. Ceasefire called for police to gather together the people responsible for gang-related shootings and do something simple—meet with them, along with clergy, victims, and other community members, and tell them to stop. The staged meeting at which the victims and perpetrators confronted one another in the presence of Cincinnati police officers was one of the most extraordinary events I have ever reported on.

The success Kennedy and his colleagues had in Cincinnati has been repeated multiple times. Cities all over the country are using the program now, including the N.Y.P.D. in Kennedy’s (and my) home base, Brooklyn. As a result, there has been a sea change toward acceptance of the approach among scholars and practitioners alike. Zero tolerance has been replaced by “precision policing” and a focus on pacifying violent groups. Stop-and-frisk is on the way out, and violent crime continues to go down. Ceasefire is a big part of this transformation in policing.

Retired: US B-52 Squadrons Return at Last from Bombing Missions in...

Rublev sends eighth seed Tsitsipas tumbling out of US Open