Home Culture Our Year in Poems | 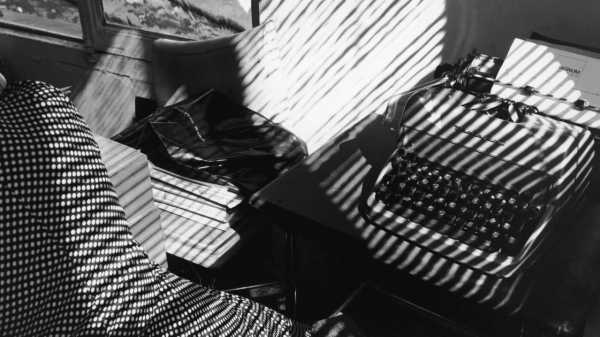 In addition to the hundred-or-so poems that The New Yorker publishes both in print and on the Web each year, 2018 brought something new: our online-only multimedia poetry feature, which, so far, has showcased work by Ada Limón, Natalie Diaz, and Clive James. This year also introduced to our pages several first-time contributors, including Safiya Sinclair, Danez Smith, and Gabrielle Calvocoressi. And we were honored to posthumously publish some beloved writers whom we lost too soon—most recently, Meena Alexander, whose powerful poem “Prognosis” appeared in the December 17th issue, and whose January conversation with editor Kevin Young was a highlight of our poetry podcast.

Selections from The New Yorker’s year in poetry follow. To read these poems in full, and many more, visit the complete poetry archive.

Noke—the sky has pink streaks shiny as a shell.
You always saw those things so well

You were the artistic one, keen and lovely.
I was your shadow self, strolling into water

People pray to a vengeful
god because they seek revenge.

They chose a god who hates
what they hate

but also made the sea
and the sequoia.

Listen to the after-work shovels and snow brushes
on my quiet winter street. Nasal congestion. Loose boots.
The whole country is outraged and outspoken and you should be too

because if you’re not, then you’re not doing your part.
People are having a hard time. At work, patients cry
almost every day. I make sure they have tissues;

I get them a glass of water. I say, That’s terrible or That’s hard.
It is hard to be at the hospital, to live in a room that’s not yours
and have people coming to check your blood pressure all the time.

John Locke says children don’t understand elapsed time,
and when I was a girl it was true
and it remains true—

It’s been three hundred years and still my feelings for Locke
must pass unrequited.
I keep his book in my satchel

with other pleasures—
lipstick, Ricola, matches, binder clips, and a tiny bar of soap
stolen from the Renaissance Inn

where I sometimes cheat on Locke with another man.

It’s so narrow here. And kind of falsely
Shining with the return of spring.
Walking in the garden for an hour
Is not a solution. Saving each edition
Of the day as it lengthens and warms
Isn’t progress. It’s very narrow here,
Pages and pages of orders in a sheaf.

His eyes were liquid, kind.
His lashes each as long as a hummingbird’s tongue.
His fetlocks puffed from galloping, his tail curled upward
From the joy of feeling fleet across the tinted grasslands
And the gold savannahs there.
Do you find me colorful as well?

When I am touched, brushed, and measured, I think of myself
As a painting. The artist works no matter the lack of sleep. I am made
Beautiful. I never eat. I once bothered with a man who called me
Snack, Midnight Snack to be exact. I’d oblige because he hurt me
With a violence I mistook for desire.

Every morning without thinking I open
my notebook and see if something
might have grown in me during the night.
Usually, no. But sometimes a tendril
tries a crack in my consciousness
and if I remain only indirectly aware of it
and tether my attention to the imminent
and perhaps ultimately unseeable
sun, sometimes it will grow.

All the world is moving, even sand from one shore to another
is being shuttled. I live my life half afraid, and half shouting
at the trains when they thunder by. This letter to you is both.

11. “Gospel of the Misunderstood,” by Safiya Sinclair (July 2nd)

I want to be the blade striking
knotted brown, to kiss the nape of any hunger;
American beautyberry or rutted cane, warm branch
of man pinning me here in mute study.

We’ve had it with history, we who look for vision here
In the Indian and poetry bar, somewhere
To the left of Hell.
Now I have to find my way, when there’s a river to cross and no
Boat to get me there, when there appears to be no home at all.

Once a beauty, full figured, beloved
And then a fever, sweats, water vomited
Until the body gave out. And then,

Wings and lyres and legion of other
Angels. Singing, dancing, flying about,

But once a beauty remembers
Physical love and then its loss

Eternal life seems mundane
No conflict or need or desire. 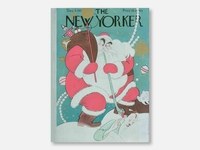 By Françoise Mouly and Genevieve Bormes 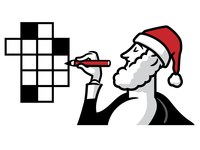 The Holiday Crossword: 2018 in Language 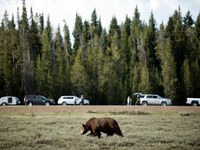 The Not-So-Uplifting Year in the Animal Kingdom

Maybe one reason I do not wear makeup is to scare people.
If they’re close enough, they can see something is different with me,
something unnerving, as if I have no features,
I am embryonic, pre-eyebrows, pre-eyelids, pre-mouth,
I am like a water-bear talking to them,
or an amniotic traveller,
a vitreous floater on their own eyeball,
human ectoplasm risen on its hind legs to discourse with them.

He wanders
among us, village to

he stands, at the edge now

of ours & in
the dark releases them.

In ancient days
Men in my job prepared for endless travel
Across the sea of stars, where Pharaoh sailed
To immortality, but now we know
This is no journey. A long, aching pause
Is all the voyage there will ever be.
Already it is not like life.

soundless, it crosses a line, quiets into a seed

but not gone. the air kept its shape. not antimatter

but the memory of matter. or of it mattering. it doesn’t

Today a flood, and you see the risk
in proximity, in life stretched by loving

both a river and the rain:—to watch what feeds you
run dangerous, the Biblical possibility

of nurture rising into a final rage.

I am hoping the humans will be calm in their diminishing.

That the forests grow back with patience, not rage;
I am hoping the flocks of geese increase
their number only gradually.

Let it be like an amnesia that we don’t even notice;
the hills forgetting the name for our kind. Then the sky.

In this country, I hear, the word “convince”
Has been replaced by the word “sell.” Of the young mother
Who holds the newborn to her breast, they say:
She sells him the milk. The local
Who shows the snow-topped mountains to the stranger
Sells him, so to speak, the landscape. The mission of the President
According to the newspapers, was to sell to the people
The war against the aggressor states.

When they gathered on evening corners, faintly luminous,
and their murmuring rose in urgency, calling on stars,
we feared they would leave us for worlds far, far beyond us,

though we dared not ask, in their language so eerily ours,
Will you carry us with you?—lest they look away, bored
with our dullness, our burdensome love, our ignorant dying.

What could we, after all, with our dim minds, our narrowed sensoria,
know of the lightning of their thoughts, the storm of their joys?—
or their sorrows, for sorrow was theirs, they were lords of sorrow.

The days I don’t want to kill myself
are extraordinary. Deep bass. All the people
in the streets waiting for their high fives
and leaping, I mean leaping,
when they see me. I am the sun-filled
god of love. Or at least an optimistic
under-secretary. There should be a word for it.

When the American cockroach lands
on its back trying to
flick the glorious
wasp off that moves like the hybrid of green tin
and blue glass, gem-
tragic cerulean

task, finite and fathomable as
a photoshopped sea, the
plan is already
in full swing.