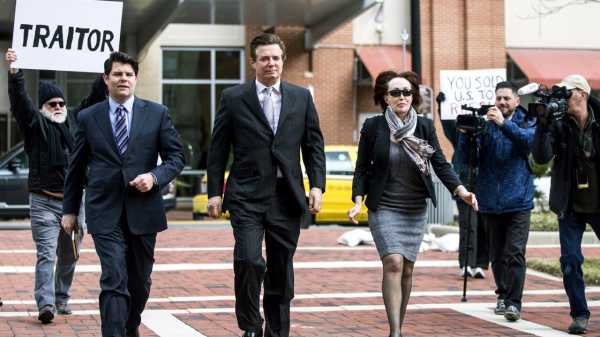 Though Ivanka Trump has shuttered her fashion line, others among her father’s political advisers and erstwhile associates remain immersed in sartorial concerns. Urgent questions include: What should you wear to stand trial for conspiracy against the United States, conspiracy to launder money, and multiple other charges brought by the special counsel?

On Tuesday, appearing at the U.S. courthouse in Alexandria, to begin his first trial as part of the investigation of Russian interference in the 2016 election, Paul Manafort, the first chairman of President Trump’s campaign, wore a black suit and silver tie, according to the Times. We were especially eager to see how Manafort would array himself for this performance—partly because, according to the special counsel’s indictment, he spent something like $1.3 million on clothing in the course of about six years, and partly because, whatever his budget, his typical look is distinctive. The pinstriped suits of Paul Manafort are custom-made to balance boardroom formality and backroom performativity.

There are few models of appropriate dress for appearing before the state in connection with alleged crimes of this tenor and magnitude. What oblique precedents exist were established in a distant era. The courtroom sketches of the 1807 trial that ended in Aaron Burr’s acquittal on treason charges depict a roomful of breeches and cravats, with the ribbons on the queues of the gentlemen’s periwigs brushing the collars of their tailed coats. Footage from the Nixon era records that John Dean asserted the knot of his necktie with a stickpin, an accessory no less antique than the pipe smoked by Fred Thompson, then the chief minority counsel to the Senate Watergate Committee.

The present-day defendant is at something of a loss. Some former Trump officials seem inclined to subdue the most garish neckwear they favored while serving Trump, whose typical red satin model resembles a window treatment at a corporate bordello and whose adult sons fix knots with the look of steroidal trapezoids, for a look that is rich and immodest. Between joining the Trump campaign and resigning as the President’s national-security adviser, Michael Flynn tended toward neckties that read, with their smooth-jazz polka dots and semi-rural plaids, as misfired Father’s Day gifts. But, on the occasion of pleading guilty to lying to the F.B.I., Flynn wore a sedate repp tie.

Others greeted the attention of news photographers as a street-style opportunity. In April, after the F.B.I.’s raid on the former Trump lawyer Michael Cohen’s office, Cohen strolled and lounged about Manhattan in a jaunty tartan sport coat, its buttonhole sporting not a U.S. flag but a red pin repressing the coral-branch logo of the Naples suit-maker Isaia. Like an Instagram peacock affecting an uncontrived display of threads, Cohen needed something to do with his hands, and he completed the look with a wise guy’s self-satisfied cigar. 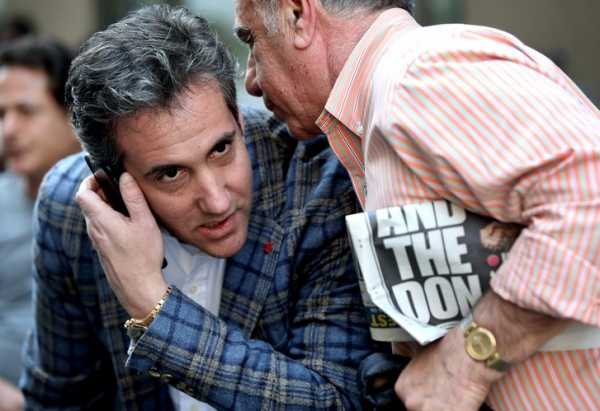 After the F.B.I.’s raid on his office, in April, the former Trump lawyer Michael Cohen was seen wearing a jaunty tartan sport coat.

In the absence of tradition, men have made choices ranging from sporty orthodoxy—in winter, Rick Gates, Manafort’s deputy on the campaign, wore to court a quilted jacket of the type that shares vibes with waxed Barbour jackets and fleece Patagonia vests—to preppy oddity: numerous observers have squinted quizzically at the bucket hats of the former campaign adviser Carter Page, the jaunty strangeness of which is in line with his weirdly peppy performances in cable-news interviews.

Where Roger Stone, the campaign adviser and dirty trickster who founded a lobbying firm with Manafort, turns himself out as a kitsch caricature of a dandy, Manafort offers power-suit hyperbole. More slick than sharp in indiscreet pinstripes, he wields style as a blunt instrument. His neckties blaze in ways rarely dared by political consultants. The colors include ultra-vivid variations on frisky tints—neon green and deep pink and aristocratic purple. The patterns include polka dots plump enough to strike Nathan Detroit as outré. Some criminal-defense lawyers worry that it prejudices a jury to see a defendant wearing a prison uniform. It would be understandable if Manafort’s attorney harbored a contrary concern: his typical kit invites inferences of slipperiness. But Tuesday’s outfit seems to be an exercise in sobriety analogous to Bill Clinton’s appearance, in the taped grand-jury testimony of August 17, 1998, in clothes suggesting the sobriety of a judge. (Clinton wore a neutral tie with a dark suit that was austere and enswathing and made, I want to guess, by Donna Karan.) 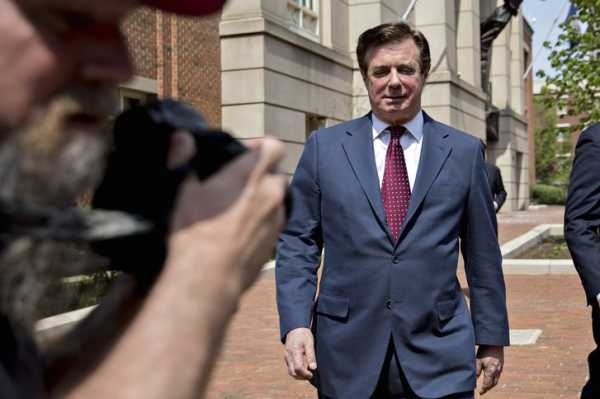 Is it reasonable to suggest the spiffiness of Alex van der Zwaan as a model for courtroom attire for the men swept up by this investigation? In February, Van der Zwaan, a Dutch lawyer formerly employed by the London office of Skadden Arps, pleaded guilty to a count of making a false statement to an investigator about his communications with Rick Gates, who was indicted alongside Manafort and whose own courtroom outfits—notch-lapel suits in unmemorable grey and workaday navy, reticent burgundy neckties—have been respectably generic. Van der Zwaan’s look, by contrast, consisted of blue suits on the modish end of the sobriety spectrum, accessorized with a semi-bohemian wrap of bracelet, a pocket square arranged in what is called a presidential fold, and a set of inkily glinting cufflinks. He offered perhaps less humility than you might desire from someone headed toward a thirty-day sentence—but he looked good.

John Bolton: In Search of Carthage