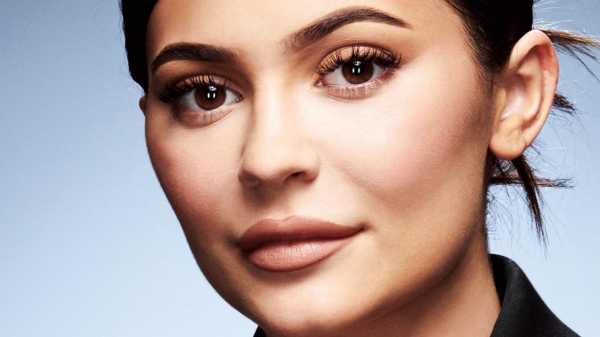 Lately, the air has been crackling with financial resentment. Tweets and articles about money—about, say, how Kylie Jenner is a self-made billionaire, or how two rich college graduates chose their expensive apartment in Kips Bay, or how one young woman lives in New York on an intern’s salary and a generous parental allowance—have extended themselves, like steel rods, into our atmosphere of extreme inequality. As planned, the lightning of outraged public attention has forked and flashed through the air.

The agita directed at these recent articles, published by Forbes, the Times, and Refinery29, respectively, is much less about the articles themselves and much more about the era and the nation we live in. We are mad at billionaires because our richest one employs warehouse workers who sometimes have to pee in bottles to avoid being punished for taking bathroom breaks. We are mad at the way American wealth is locked up and transmitted within families because we live in the world’s richest major country, and yet a third of our population struggles to get by. But our current political system is stacked so firmly in favor of those who wish to keep things this way that we have found ourselves, as usual, litigating these issues in discourse rather than in policy.

And so let’s start with the Refinery29 article. It ran last week, on Money Diaries, a section of the site that Carrie Battan described last year as “the most lurid corner of the Internet,” a place where millennial women go to judge and be judged. What pissed people off about this particular Money Diaries installment was, at first, the headline: it said that this twenty-one-year-old woman was living on twenty-five dollars an hour, when in fact her parents paid for her cell phone, rent, health insurance, and college tuition, and gave her an eight-hundred-dollar allowance each month. (Her grandfather contributed another three hundred: “#blessed,” the anonymous woman wrote.) Even with her allowance noted in a new headline, this was a fairly unremarkable story. New York City is flooded with young people who consciously or unconsciously obscure the degree to which their parents have helped them, especially during their student years. But readers remained studiously irritated, mocking the woman’s reflexive attempts to disown her privilege—in the Hamptons for the weekend, she writes, “My friend’s chef (?! I know) prepares vegan tacos”—and her fastidious, predictable taste.

The week before, Forbes had published its Kylie Jenner cover, which featured a photo of the twenty-year-old in a suit jacket next to a tagline that announced her net worth—nine hundred million dollars—and proclaimed that she was on her way to becoming the youngest-ever self-made billionaire. The greatest irritant here was the word “self-made.” As other publications harvested the viral annoyance for clicks and retweets, Kim Kardashian West defended her sister against the backlash, giving an interview to none other than Refinery29. Jenner was self-made, West said. “We are all ‘self-made.’ What, because we came from a family that has had success? To me, that doesn’t really make sense,” she said. “Me, Kylie, not one [of the siblings] has ever depended on our parents for anything besides advice.” Her own father never gave her anything, West reiterated. “Nobody works harder than my sisters and my mom,” she said.

To complete the trifecta came a Times Real Estate story, last Thursday, about two freshly minted college graduates who had moved to New York City and were looking for an apartment. Alexi and Lauren both worked in social media, and they had a combined rental budget of up to thirty-eight hundred dollars per month. At first, they wanted to live on the Upper East Side, then decided that it’d be more appropriate to move uptown in “five years or so.” The East Village was “too gritty” for them, but a doorman building in Murray Hill didn’t have enough character. “We wanted to be New Yorkers. We wanted to live in a walk-up,” Alexi said. (The Times followed that quote by mentioning that she was from Madison, Connecticut, a town that has a six-figure median family income and a population that’s more than ninety-six per cent white.) The two young women wanted the “full New York City experience,” and so they settled on a two-bedroom in—here’s the twist—Kips Bay.

What this all added up to was a grim vision of our current situation, in which popular narratives around wealth acquisition have become so convoluted and self-delusional that Elon Musk recently tweeted that the word “billionaire” has turned into a derogatory term. Even the resentment around Refinery29’s Money Diarist was somewhat misplaced. The column aims, very transparently, to turn financial voyeurism into ad revenue—it’s not a column about interesting people or about how to live on a tight budget—and, besides, the work-your-way-through-school plan went extinct in the nineties. The problem is not that rich girls are spared educational debt or that they become lip-kit tycoons or that they choose to pay nearly four grand for a two-bedroom apartment in midtown. The problem is that these financial privileges are shrouded in such heavy dissembling, in an instinctive denial of what American wealth really is and what it really means.

It’s not coincidental that young women were the subjects of all these stories. Young women, who are constantly asked to present themselves as likable, tend to be hyper-aware of what other people think about them. And in this era of world-historical inequality—and in this country, which is psychologically addicted to the idea of bootstrapping—it is not “cool” to be blindly privileged, to have lived your life on the soft velvet cushion of family wealth. Rich people who are more or less aware of this reality negotiate around it in odd ways: they try to portray billion-dollar wealth as a cultural disadvantage, or they call themselves “self-made” when they have enjoyed advantages that others could only dream of. They try vaguely and often unsuccessfully to conceal their advantages, looking for a walkup instead of a doorman building, telling a Times reporter that they always pack their lunch for work.

A conversation about generational wealth in America is, of course, a conversation about whiteness. According to new research, summed up in a recent Atlantic piece, by Adam Harris, forty-one per cent of white, college-educated families receive a significant inheritance; in contrast, just thirteen per cent of black, college-educated families do. Furthermore, white families with an inheritance receive an average of more than a hundred and fifty thousand dollars, where for black families with an inheritance the average is less than forty thousand. The difference between the two figures is, in itself, life-changing money. At the Washington Post, Helaine Olen suggested that the benefits that accrue to children in rich families might best be understood as an “upper middle class welfare state,” a “sort of do-it-yourself universal basic income to a lucky few.” The members of this class are often as blind to the luxuries afforded by this parental basic income as they are to the luxuries afforded by whiteness. (Spare me the young person who talks about being “really good at saving” without understanding that financial housekeeping is quite a bit easier if you never need to contribute money to your own family, or if your parents cut you a big check at Christmas every year.)

Underlying these outrage-bait money articles is another dismal generational reality that fuels our culture’s delusions about work and wealth. The oldest millennials are now in their late thirties; the oldest members of Generation Z are twenty-three. These are young people who have grown up under such intense capitalist acceleration, such a swift erosion of the public safety net, that even those who have inherited wealth or remain on an I.V. drip of it will be able to genuinely feel that they are “hustling.” People my age—even if they are lucky enough to receive chunks of family money that allow them to build up investments, or to put a down payment on an apartment in a major city—are still tied to a world in which work is increasingly unstable and incredibly demanding, a world in which basic expenses like health care grow more expensive every year. It is disturbing to see the vocabulary of survival becoming plausibly accessible to the rich. It’s easy to imagine Refinery29’s Money Diarist, decades into the future, reminiscing about her early twenties, when she had a shitty internship and a weekly coffee budget, telling her kids about the years when she was broke.