Home Culture Review: “The Old Man and the Gun” Is a Peak in Robert... 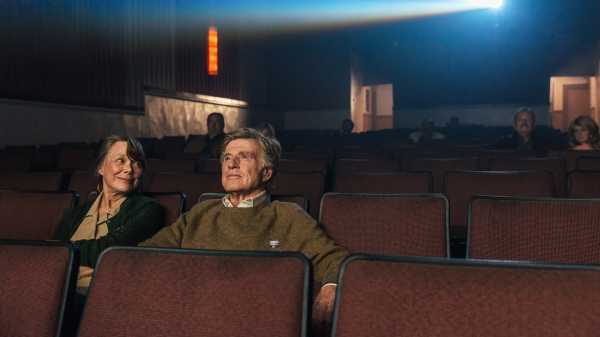 Robert Redford’s desire to make worthy movies has often contrasted with his taste; his filmography isn’t up to his intentions. His latest film, “The Old Man and the Gun,” which he has said may be his last, may also be his best one and is certainly among the peaks of his career. He has conferred his formidable art to one of the best filmmakers of the time, David Lowery, who both wrote the script and directed the film.

Lowery’s previous feature, “A Ghost Story,” was brazenly idiosyncratic—but, before that, he remade “Pete’s Dragon” (Redford had a small, charming role in it), a big-budget, multiplex-aimed movie, and, prior to that, the independent modern Western “Ain’t Them Bodies Saints.” “The Old Man and the Gun” is based on a true story—in particular, on a reported article by David Grann that was published in The New Yorker, under the same title, in 2003. Lowery borrows that story’s framework for a movie that shares the fine-grained texture, gracefully flowing moods, and firmly rooted sense of place of his previous films and adds some bold new flourishes, for the most part, depend on Redford’s charismatic presence and that display it in a new light. He delivers a glorious, sly performance in a gloriously sly movie that masks its idiosyncrasy in brisk and breezy storytelling.

It’s the tale of a sixtysomething bank robber and escape artist named Forrest Tucker (same as the veteran character actor), who, in 1981, launches a spree of robberies that starts in Texas and spreads throughout the region. Tucker worked with a pair of elderly partners; the trio became known as the Over-the-Hill Gang and gained some widespread notoriety. In the course of his spree, he began a relationship with a woman who had no idea of his criminal activities until he was arrested.

That’s the basic idea; on its framework, Lowery conjures a multidirectional tall tale that’s wryly deceptive even in its sense of scale. Its low-key intimacy and painstaking observations keep its feet firmly on the ground even as the story—magnified by the conjoined outsized personalities of the protagonist and the actor—rises to the ballad-like heartiness of legend. “The Old Man and the Gun” is as notable for what it isn’t as for what it is. It isn’t a mystery—both how and whodunit is obvious from the start—and the aspect of violence and transgression are downplayed as well. The element of suspense instead is built in two dimensions—Forrest’s relationship with a woman named Jewel (Sissy Spacek), whom he meets as he’s fleeing the scene of one of his crimes, and his ability to sustain that relationship without her finding out who he is; and the classic criminal twist of whether he’ll be captured, a drama personalized in the pursuit of a local police detective named John Hunt (Casey Affleck), who gets a little notoriety of his own and gets lured by Forrest into a cat-and-mouse game of crime and punishment. (John plays a second game of his own, when the F.B.I. tries to take over the investigation.)

From the very beginning, when the debonair old man charms money from a bank with little more than a fake mustache, a trim wardrobe, and his own suave manner, Lowery’s sense of cinematic swing coalesces with the easygoing gleam and understated elegance that Redford exudes. But, almost immediately, Lowery also delivers a small stylistic tour de force that declares both his method and his purpose: as the robber, working solo, flees the scene in his big, sheet-metal-heavy early-seventies car, the camera flees the scene, too—it follows a young girl who’s joining a pair of friends for the pleasure of painting a brick wall, and then it keeps going, rejoining the getaway car as it rumbles undetected down a grassy path on the other side of the wall.

It’s the kind of bravura moment that could have been merely ornamental but that soon turns out to be only the first in a teeming series of similar images, some on an even grander scale (as during the casing of a big St. Louis bank) but most on a much more intimate one—images that literally connect characters and spaces in distinctively agile and fluid ways. The images of “The Old Man and the Gun” don’t seem to be dramatic, illustrative, or informational but descriptive, like a novella written onscreen, and the images’ handwritten texture is also suggested by their conspicuous grain. The movie was shot on 16-mm. film, and it doesn’t take a trained or veteran eye to sense the virtually tactile pictorial qualities. They’re matched by the intimate and urgent physicality of the people and the places they depict, as well as by the richly grained, vitally imagined behavior and talk that reverberates through the tightly packed action.

The intimacy of the images is a matter of substance, too; the movie is in large part about the twinkles and the wrinkles. Forrest’s roadside encounter with Jewel leads the pair into his car and into a diner that’s packed with closeups of both Redford and Spacek that highlight both their vast reserves of emotional energy and the full and long lives to which their expressions bear witness. (That scene is one of the most richly nuanced ones in recent movies.) The real-life Forrest Tucker was sixty-one in 1981, when the bulk of the action takes place; Redford, portraying him, is over eighty. His face is lined and craggy; Spacek’s, too, is amiably creased, and Lowery’s many and lingering closeups of both actors are luminous and loving; they’re neither cute nor in any way grotesque, but, simply, majestic, their grandeur emerging as well from the serene complexity of their performances.

The movie is expansive and tender without sparing the humor or the peculiarity. Forrest’s partnership with the other gang members (played by Danny Glover and Tom Waits) has an easy, well-worn and broken-in delight. Waits gets a barroom riff delivered in sentimental-reminiscent holiday-season mode, centered on his adolescent criminal woes and family conflicts, that’s a minor jazz-vocal classic. John, the detective, is married; his rapport with his wife, Maureen (Tika Sumpter), and their two young children is unhurried, meandering, and chatty, as in a brilliant set piece where John and his son are waiting on a long line at the bank while his daughter sits in the car listening to the radio when Forrest and his accomplices turn up.

Even in such scenes of tense action, Lowery constructs the drama with integral digressions; one exemplary moment shows Forrest, in the midst of a job, taking a look to the side and observing customers at the desk of a bank officer. In a long, lingering slow zoom from his point of view, he’s merely looking for the pleasure of looking, just as people talk to each other for the pleasure of talking. “The Old Man and the Gun” is a great hangout movie. Even police business turns to pleasure, as John chats with another local detective, Gene Dentler (Isiah Whitlock, Jr.), in which the roundabout chat ultimately fuses the personal and the professional, and later meets another investigator (played by the distinctive and distinguished Robert Longstreet) who narrates his involvement with Forrest decades earlier as if reviving a heroic age (and Lowery revives it with him in a vigorous flashback). For that matter, the movie’s textural vitality also emerges in the actors’ voices, which have the dry warmth of crackling firewood.

The incidental and the digressive weave throughout the movie in a wide range of touches. Throughout the action, things don’t work, at least at first. Following a lite version of Murphy’s Law, John’s cassette recorder, which he’s using to tape discussion with a potential witness (Elisabeth Moss), doesn’t record at first touch but needs to be stopped and jiggled; a car that needs to be fixed isn’t; a bank-surveillance videotape that furnishes a crucial piece of evidence is hard to cue up and needs to be repeatedly rewound and fast-forwarded; a police officer in line at a bank that’s being robbed has no idea that the robbery is taking place.

Such moments of lifelike texture find their reflection in the subtly radical construction of the script at large. There’s little character development in “The Old Man and the Gun.” Lowery reduces the movie’s dramatic arc to minimal threads; replacing the conventional, sonata-like narrative form of conflict and resolution with variations on the theme of bank robbery. (The notion of variations is rendered explicit in a remarkable linked set of wry but tense flashbacks depicting Forrest’s prior sixteen prison breaks, each of which Lowery endows, rapidly and wryly, with a distinctive, quasi-musical identity.)

For that matter, the movie keeps psychology simple while suggesting its depths; Forrest’s backstory is kept slight and his motives are largely unspecified, but the entire movie is energized by his drive and his passion. “The Old Man and the Gun” is a portrait of the artist as a master of deception, whose intrepid ruses are his utterly authentic expressions and inventions. Forrest doesn’t turn down the money, but his delight in performance is found in the doing, in the immediate existential energy of standing and delivering in the heat of the moment. The real-life Tucker, as Grann reports, was a skilled saxophonist and clarinetist with a thwarted career in jazz; Lowery’s Forrest is a great actor. It takes both a great actor and a great director to bring him to life.

Trump reportedly tried to edit the State of the Union to...

Trump’s legal team is in shambles. The timing is terrible.