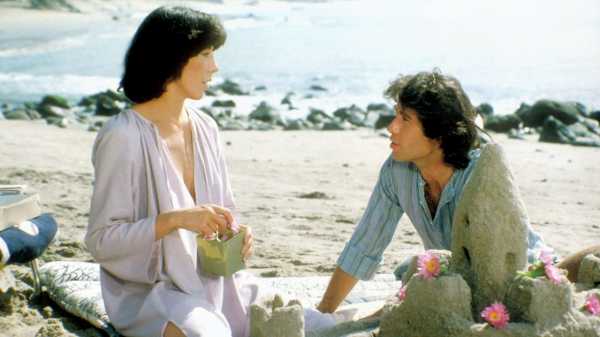 Criticism can be a lonely endeavor, in part because the enthusiasms and revulsions of other critics are sometimes unfathomably bewildering. So it is with “Moment by Moment,” the 1978 romantic melodrama starring Lily Tomlin and John Travolta. At the time of its release, the film received negative, even derisive reviews from a range of critics, including Vincent Canby, of the Times. (The New Yorker simply ignored it.) It is widely considered a catastrophe of film history, and has been blamed for nearly sinking the movie careers of both Tomlin and Travolta. Jane Wagner, who wrote and directed it, has never made another movie. An upcoming series at Lincoln Center, “Two Free Women,” celebrating the work of Tomlin and Wagner, partners in life and frequent artistic collaborators, isn’t screening it. The film is nonetheless available in an imperfect but adequate transfer online, and, despite all suggestions to the contrary, it is well worth seeing. It’s a superb romantic melodrama that should have propelled Wagner into the front ranks of Hollywood directors and advanced its stars’ careers, as well.

“Moment by Moment” tells the story of the unlikely bond between Trish (Tomlin), a well-to-do Los Angeles woman nearing forty who’s going through a bitter split from her philandering husband, and Strip (Travolta), a good-humored and eagerly earnest drifter, nearing twenty, in search of an anchor. From the start, “Moment by Moment” displays a distinctive, original, and enthralling style and tone, an intense and graceful physicality that also winks at its own provenance. The credit sequence is a long series of suave tracking shots of Tomlin’s Trish gliding down Rodeo Drive on a shopping expedition, followed by another series of Travolta’s Strip striding through Los Angeles streets with a strut and a bounce in his arm-swinging step, exactly as at the beginning of “Saturday Night Fever,” until the two converge by chance, at the counter of Schwab’s Pharmacy. He recognizes her: he once did valet parking for her and her husband, Stu (Bert Kramer), at a party at their home, and he remembers her as a sympathetic employer.

Trish is at the pharmacy ordering sleeping pills to tide her over during a long stay at her beach house, where she is taking refuge in anticipation of her divorce. Noodgily, annoyingly, brashly, persistently, unmenacingly (though with a childishly flirtatious way that nonetheless reads now as somewhat creepy), Strip follows her from the pharmacy to another store and, from there, to her car, and then keeps turning up at the beach house, with his spotlight grin and street-abraded aw-shucks manner that blends naïveté with confidence, intensity with innocence.

There is a tonal ambiguity to the bumptious romantic pursuit that follows, a surprisingly tremulous and fragile air, which may be what dismayed critics who were expecting a more conventional drama. Tomlin’s performance is altogether different from that of her sketch comedy, and, for that matter, from the theatricality of “Nashville.” She seems to glide through “Moment by Moment” with a bright-toned wistfulness, a luminous melancholy, and a quiet calm that registers emotional turmoil with the mere passing of a cloud, the dropping of a pause. When a sexual relationship develops between Trish and Strip—at her doing—Wagner evokes the erotic bond between them with ardent simplicity and intense restraint, quick but hungry gazes, sinuous moves, and slow caresses.

It’s a mark of imaginative direction when a film displays control of time—a sense that the drama itself walks on a tightrope, and that the actors and the characters are energized by a moment passing between them. So it is with “Moment by Moment,” in which the element of time serves a special, melodramatic purpose—it infuses a recognizable version of middle-class life with a sense of destiny. The drama pivots on a romantic twist that makes insightful use of Tomlin’s poise and Travolta’s impetuosity: Trish is delighted to have a fling with Strip—who, for his part, has a boyish loner’s emotional hunger, and, refusing to be Trish’s boy toy or mere sex partner, declares his love for her and expects his devotion to be reciprocated. The resulting conflicts, humiliations, and recriminations raise the drama to a high pitch that Wagner nonetheless keeps at a just-so simmer. Critics didn’t and don’t know what to make of such melodrama, of the disproportion between ordinary circumstances and extraordinary emotion; a review in Variety at the time of the film’s release mentioned “dialog that evokes embarrassing laughter.”

The one letdown of “Moment by Moment”—the thing that keeps it just short of the pantheon—comes in the rapturous morning after, when Trish and Strip engage in getting-to-know-you talk. Wagner writes these scenes scantly, perhaps to avoid bogging the movie down in long dialogue but seemingly, even more crucially, to give the characters’ pasts an air of quasi-universality. There’s no hint of the willed sexual impersonality of “Last Tango in Paris”—Trish and Skip do speak of their pasts, but in oddly general terms. What’s missing from the scene is the kind of stringent self-revelation that would have filled out their backstories and rendered them as individuals, with idiosyncratic, specific, history-haunted inner lives. It’s as if a vestige of Old Hollywood—the classical movie trope of characters as types—was resurging, uneasily and perhaps unawares, in a movie of a notable modernity.

“Moment by Moment” also has other, more revelatory classic cinematic roots—from which Wagner develops distinctive modernistic stylings. Her compositional vision, of long and flowing takes, high-relief framings, and choreographic repositionings, is magnificently realized by the cinematographer, Philip Lathrop, who was also the director of photography for some of the best movies of the time, including Blake Edwards’s “Experiment in Terror,” “The Pink Panther,” and “Wild Rovers”—and who was the camera operator on one of the greatest of all movie melodramas, Douglas Sirk’s “All That Heaven Allows,” and also on Orson Welles’s “Touch of Evil,” where he filmed the vast opening track shot, one of the most celebrated shots in the history of cinema. In “Moment by Moment,” Wagner reveals herself to be more than a subtle dramatist and a discerning director of actors. Her tense and lyrical images deploy Lathrop’s artistry more substantially than do most of the veteran directors in his filmography. The fact that this film, which launched her directorial career, also ended it, is a critical crime.

‘Fleet of Underwater UFOs’ Spotted off the Greek Coastline by Alien...