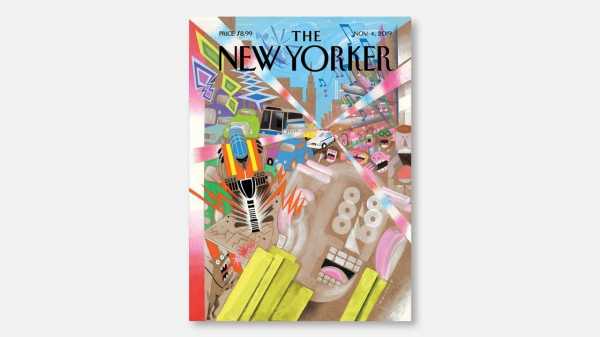 Richard McGuire wears many hats. The author of the acclaimed graphic novel “Here” also writes children’s books, makes animated shorts, and was the bassist for Liquid Liquid. In the late nineteen-seventies, he was known for wheat-pasting his art, in the form of posters, around downtown New York. McGuire returns to the city for his latest cover, and he recently talked to us about his favorite sounds and what he’s currently working on.

You’ve lived in or near the city for decades. Is it louder now than it used to be?

I just looked it up and was surprised that the population of N.Y.C. has increased by more than a million and a half people in my time here. I’ve become increasingly sensitive to the noise. New buildings are sprouting up all over, the infrastructure is in constant repair, and the streets are always being dug up with jackhammers. There’s more honking traffic, more droning helicopters. Not to mention more noisy neighbors.

This spring a mourning dove nested on my fire escape, and it was nice to have that cooing sound, but that doesn’t really answer your question. I like the hydraulic gush of air that city buses sometimes make. 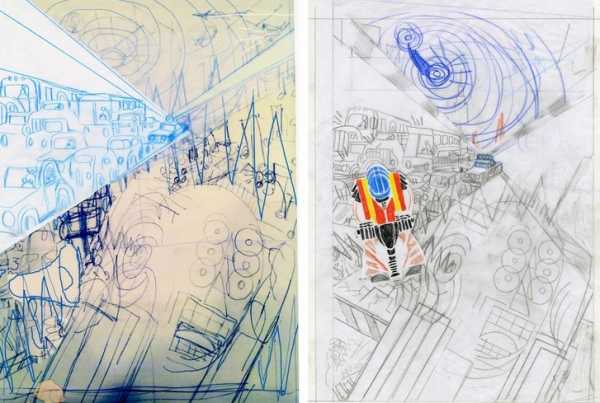 Your work, especially “Here,” deals with places shifting over time. How does sound figure into that matrix?

Some sounds are disappearing. You don’t hear coins being dropped into machines much these days—that’s a nice sound. The bell of a cash register is gone.

Were there certain artists you were thinking of as you composed this image?

It’s strange, I can now see some influences of George Grosz in there, but I wasn’t really thinking of any artist. I was just trying my best to get the experience of being under noise attack while crossing Canal Street at Broadway.

You’re currently working on a set of abstract Popeye and Olive compositions, done in laser-cut steel. What drew you to Popeye, and how did you select that medium?

The series is something I’ve returned to again and again for years now. The abstractions originally grew out of taking a calligraphy class at a Zen monastery; in a kind of a Rorschach way, the silhouette of Popeye appeared! I made a silk-screened artist’s book that was an abstract love story of Popeye meeting Olive; their silhouetted shapes become modular and then rearranged. More recently, I was invited to make an artist’s multiple with Paul and Wendy Projects, in Toronto. We talked about using different materials for the edition and finally settled on laser-cut steel. I love the weight of it. It reminds me of a weather vane or a colonial hinge. There are a few more variations in the works.

McGuire’s homage to Popeye and Olive, in the form of a silk-screen printed box (left) and laser-cut steel (right).

For more covers about about city life by McGuire, see below: 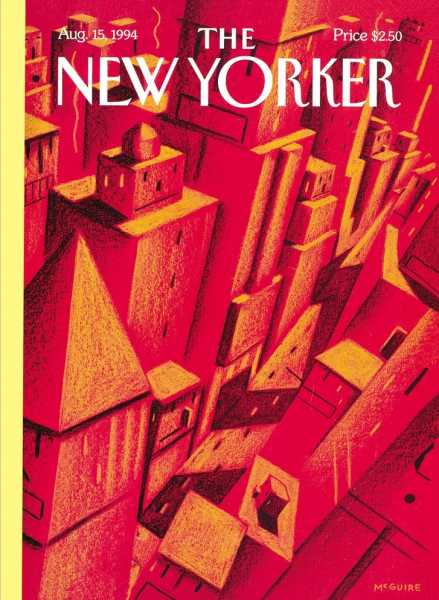 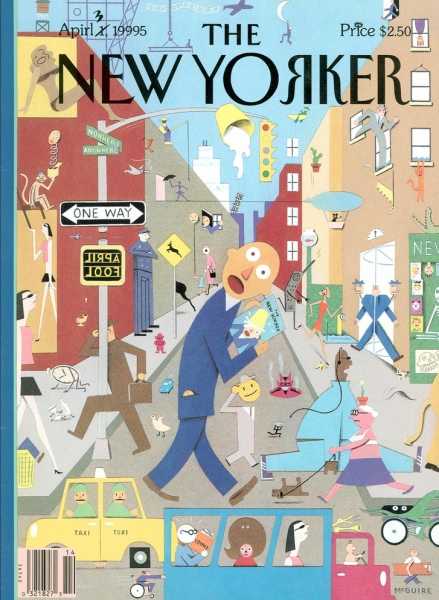 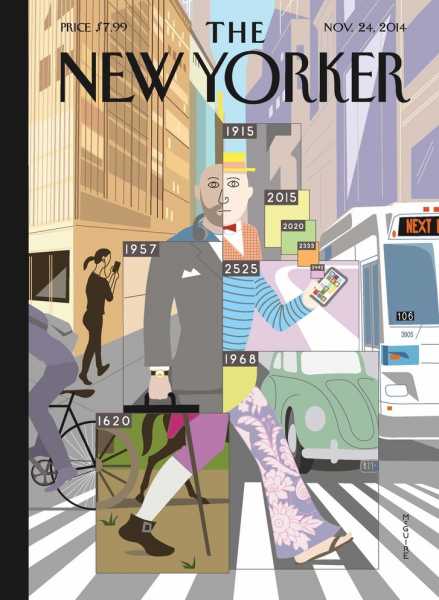