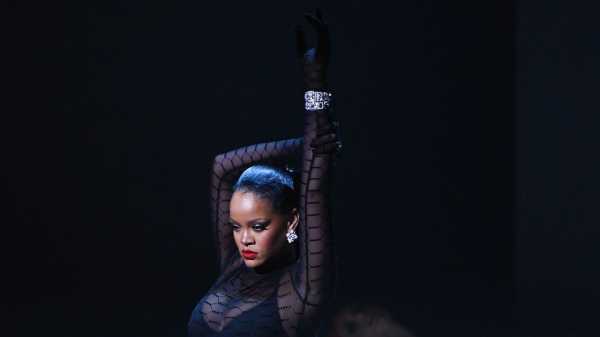 “Savage X Fenty Show,” on Amazon Prime Video, is an infomercial for an underpants brand. It is also a charming diversion and an estimable pseudo-event—a see-now-buy-now spectacular for the society of spectacle. It is a logical brand extension for its creator, Robyn Rihanna Fenty. And it is a natural flowering of a culture that has given us Madonna’s “Truth or Dare,” David Fincher and Paula Abdul’s interpretation of Bob Fosse’s choreography, Beyoncé’s autobiography on HBO, and all of QVC. To say that it puts the prettiest possible face on end-phase capitalism is to respect its game. It plays like an awards show for itself, but a super-fun one, so I recommend it to oldsters as a window to see what is going in music-centered youth culture without having to wade through the clutter and noise of the MTV Video Music Awards. 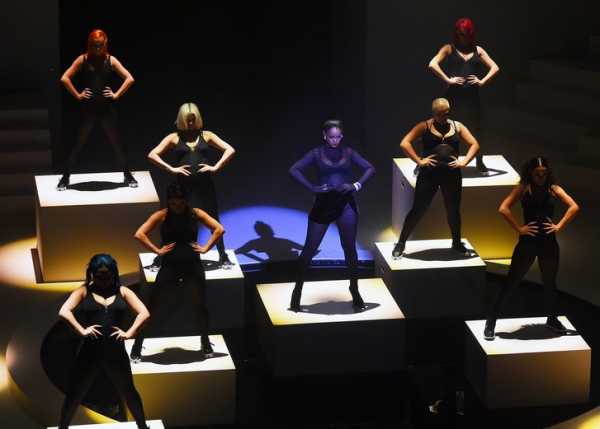 The fifty-minute film begins with RiRi’s mission statement—“inclusivity” (in terms of the sizing of the garment and the vision of the customer) and “empowerment” are the key words. We get fifteen minutes of behind-the-scenes prologue to the show, which happened last week, at the Barclays Center, in Brooklyn. The deft editing flows us from conference call to slide presentation to 3 A.M. creative meetings at a pace that induces jet lag.

“It’s all me as the muse,” Rihanna says, sounding well-adjusted. She turns up onscreen as a brand manager, a quality-control supervisor, a creative leader, and a pinup model, while teasing enough of her personality to offer a shimmer of emotional intimacy. Even the bits where she is obviously pretending to do low-level tasks are cute. She catches a skeptical glance from an employee for a minor faux pas when, for some reason, she is coloring the trim of a thong with a permanent marker and slips her pen upon the model still wearing it. 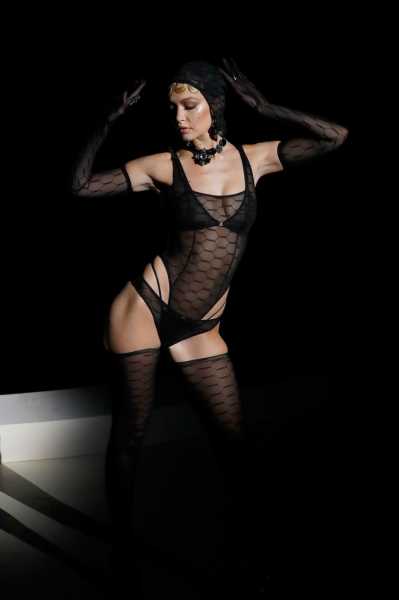 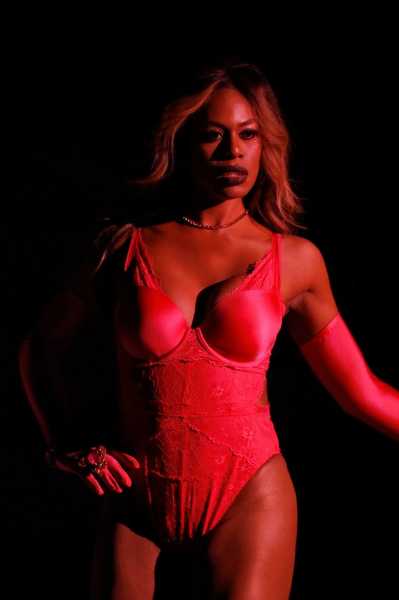 The performance itself is an evening of arena-strength hip-hop cabaret. It is often a delight when designers show clothing moving in the context of a dance performance—I have seen acrobats twirl in Paul Smith suits, and I have seen Spike Jonze direct a beautiful movement piece for Opening Ceremony. Much Savage X Fenty merchandise doesn’t move that much, with the exception of the marabou-trimmed hem of a baby-doll dress; there’s not a lot of flow and drape to an elastane bodysuit. But the dancing here is lively and assertively joyful, as when a kick line of models move to Tweet’s “Oops” clad in key-lime outfits sensibly styled with white socks and white sneakers. Periodically, a very famous model—Gigi Hadid or Laverne Cox, say—will swan through your gaze, like a jazz legend sitting in for a saxophone solo, or a special guest star swanning through the casino on “The Love Boat.” The crisp musical performances include Migos, DJ Khaled, and Halsey, plus a snippet of Bach’s Mass in B Minor. In conclusion, Rihanna bows and blows us a kiss.

The ascent of “Savage X Fenty” follows the demise of the “Victoria’s Secret Fashion Show,” which, in its heyday, was an intriguing barometer of mass-market imperatives; in 2017, its staging in Shanghai has been a testament to the power of the Asian market. It used to be that the show was merely tacky and corny and distastefully gladiatorial. In retrospect, it was a superfund site. Victoria’s Secret is owned by L Brands, whose founder, chairman, and C.E.O., Les Wexner, was for years Jeffrey Epstein’s only publicly known client; for sixteen years, its lacy parade aired on CBS, formerly led by Les Moonves, who resigned as chairman and C.E.O. of the CBS Corporation after allegations of sexual assault and harassment, which he denies. The first four installments of the Victoria’s Secret show happened at the Plaza Hotel, shortly after a future American President sold the place off. 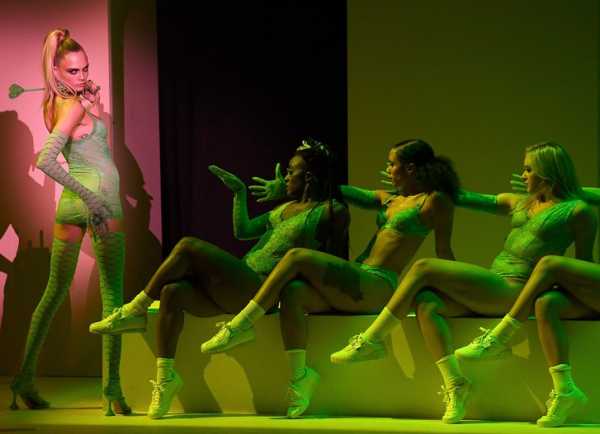 There was something triumphal about the Victoria’s Secret show—a sense of the models being strutted for our amusement like professional football players controlled by an owner heedless of concussion data or social concerns. Rihanna, meanwhile, is “telling a story that is from my own perspective,” and the Savage X Fenty customer dresses for Rihanna’s pleasure, and for her own. The show perhaps qualifies as family entertainment. Adjusted for inflation, it’s no racier than “Solid Gold,” and it’s as positive as Slim Goodbody.

The Urgent, Giddily Imaginative Vision of “Random Acts of Flyness” |