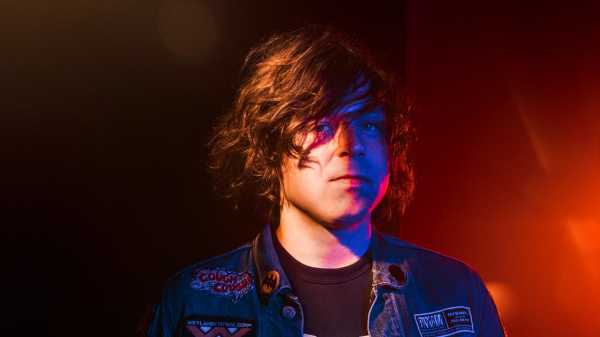 Last Wednesday, the Times ran a carefully reported feature story by Joe Coscarelli and Melena Ryzik about the indie-rock singer Ryan Adams and his devastating history of abusive behavior toward women. Adams sent 3,217 text messages, some of them sexually explicit, to a fan named Ava, who was just fourteen when she and Adams started communicating. His lawyer denied most of the allegations, and described other grievances outlined in the piece as “grousing by disgruntled individuals.” The F.B.I. has since opened an investigation of their relationship.

The article included an interview with Adams’s ex-girlfriend, the musician Phoebe Bridgers, who described his behavior as stifling, domineering, and frightening.

Bridgers, who is now twenty-four and lives in Los Angeles, writes vulnerable, elegant rock songs that are strikingly astute about the odd whims of the human heart. Adams invited her to his studio, Pax-Am, in 2014, when she was twenty and he was close to forty. “There was a mythology around him,” she told the Times. “It seemed like he had the power to propel people forward.” When she ended their romantic relationship—his behavior had grown aggressive, controlling—the Times reported that he “became evasive about releasing the music they had recorded together and rescinded the offer to open his upcoming concerts.”

Many of Adams’s former partners or protégées described a similarly vertiginous mingling of the personal and the professional. It’s wildly unnerving for a young artist to be left wondering whether her early champions felt genuine admiration for her songs, sexual desire for her body, or some confusing combination of both. For most people, it’s difficult enough to know if we’re actually any good at something. When a person is forced to dissect and reëvaluate each achievement—How did I get this, and why? Who helped me, and why?—it can lead to paranoia, or, worse, to a lethal and inescapable self-doubt.

In 2017, more than a year before the Times story was published, Bridgers admitted that her first single, “Motion Sickness,” was written about her relationship with Adams. Her bluntness about the song’s origin felt courageous even then. Though it can be empowering to talk about an abuser, it is never particularly easy to name them publicly, and the admission only further linked Adams to her success. Bad or abusive relationships can do that, too—seep into the marrow and fester, infecting everything that comes after. “Motion Sickness” describes a bullying older man: “There are no words in the English language / I could scream to drown you out,” she sings on the chorus. 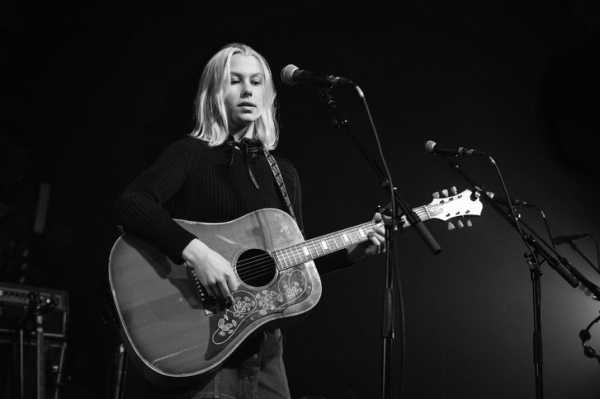 On Saturday, Bridgers released a statement on Twitter, thanking her friends, her band, and her mother for supporting her. “Ryan had a network too,” she wrote. “Friends, bands, people he worked with. None of them held him accountable. They told him, by what they said or what they didn’t, that what he was doing was okay. They validated him. He couldn’t have done this without them.” What Bridgers is emphasizing—that most people who have been subject to this sort of behavior can just as clearly recall the dude in the room who refused to meet their gaze, who was visibly uncomfortable but nonetheless remained silent—feels more important than ever to remember. It’s not simply the alpha abusers at fault for poisoning the music industry but also the whole odious web of enablers that surrounds them.

It almost feels silly, in our present era, to point out that sexism is pervasive in the music business, from the major labels on down—it’s now so ingrained in the system as to simply be presumed. Nearly every woman I know who works in music has a bottomless grab bag of stomach-turning stories about being harassed at shows, demeaned during interviews, inappropriately and aggressively propositioned, objectified, insulted, or treated as a joke. For most of us, it goes on until these sorts of incidents become normalized—a job hazard that you don’t think about because you’ve never known another way of working. “The concept of male genius insulates against all manner of sin,” the critic Laura Snapes recently wrote in the Guardian. For men, childish or cruel behavior is often not just excused, but lauded—held as evidence of passion, vision, verve. A man behaving hysterically can be reconfigured as brilliant, whereas a woman doing the same thing will, in all likelihood, be dismissed as a maniac. I think often about a conversation I had with the musician Chan Marshall, who records as Cat Power, in Miami, in 2014. Marshall has been subject to several decades of name-calling for her occasionally erratic behavior, which has included walking offstage mid-show—something dozens of male rock stars have done before her. “I’m not crazy,” I recall her telling me.

When I first started working as a music critic, in my early twenties, the industry was still almost exclusively male. My first real writing job was for the music-reviews site Pitchfork, where at times I was one of just two, maybe three, women on staff. My early editors and colleagues were supportive and encouraging—I was fortunate—but music criticism itself has problematic roots. The practice was largely founded and developed by male writers, who understood hedonism as a display of authenticity (maybe as the only display of authenticity), and its language still hinges around vaguely mystical ideas about art-making as a kind of bloodletting. For decades, that language has been used to protect and enshroud troubled men, and to dismiss and humiliate women working in the same register. I learned the vocabulary of the trade as a young critic, and the process of un-learning it has been slow, deliberate, and difficult.

Part of the problem is that music thrills and bewilders us in a way that can feel at odds with natural laws, so we instinctively codify and exalt its creation. I’ve spent a lot of time thinking and writing about what happens to a person when they hear a song that they love, and what sense, if any, can be made of that strange, glorious melting. When I look at my own record collection, I see a desperate monument to my desire for that feeling—for some fleeting brush with the sublime. There are neurobiological processes to point to, and loads of social and cultural cues that help explain and unpack fandom, but the experience itself is such a hard thing to hold on the page. Never being able to fully explain it in a concise or useful way is a big part of why I first began writing about music, and why the work remains interesting to me. There’s a little bit of God in it.

But mystifying the creative process also allows for the genius myth to expand and endure. When nobody can say for sure why a certain melody is so satisfying, or so evocative, or so pleasurable—and this is criticism’s grandest prerogative, to somehow get close—we inevitably begin to imbue its creator with supernatural strengths. Ergo, people get away with things, for horrifyingly long stretches of time. It seems essential that critics remain vigilant about who is being granted leniency, and for what. But I also wonder if there’s a way for critical discourse to make more room for the receiver—to give more credit to our own consciousness, and the magic it makes of sound. That communion, after all—between player and listener, in which both parties create something extraordinary together—is just as sacred. Perhaps we can start to look for the genius in there instead.

The Drummer Hal Blaine Provided the Beat for American Music |

Trump Says US Will Not Leave Iraq Until Baghdad Pays for...

Police in Canada’s Nova Scotia Responding to Reports of Gunfire –...