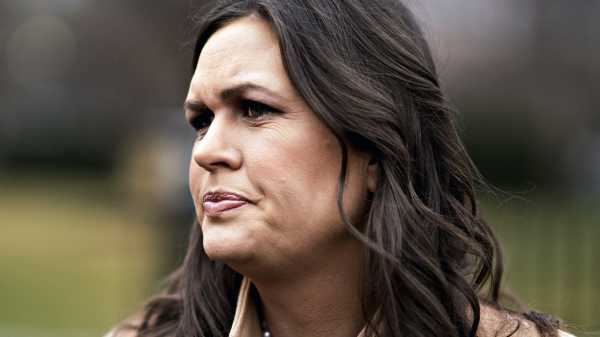 The academics have a word for it: “commensality.” It describes the practice that determines who eats with whom at the table—who has a place, who doesn’t have a place, and how, instinctively and traditionally, the rules and rituals of sharing food get made. It’s, oddly enough, a field that has gotten extra attention in the past decade or two, as the study of the social anthropology of eating has become almost a scholarly mania. As I write this I hold in my hand—to borrow a locution from an American demagogue of another era—an anthology, published in 2015, called “Commensality: From Everyday Food to Feast,” which looks at table-sharing across history and right around the world, and includes such articles as “It Is Ritual, Isn’t It? Mortuary and Feasting Practices at Domuztepe.”

Nothing is more fundamental to human relations than deciding who has a place at the table—and nothing is more essential to our idea of humanism than expanding that table, symbolically and actually, adding extra chairs and places and settings as we can. Jesus—at least as he is reported, or invented, by the author of the Gospel of Mark—was the Kropotkin of commensality, blowing up the long history of Jewish food rules, by feasting with publicans and tax collectors and prostitutes and sinners of all kinds. It was nearly the whole point of his ministry. The Homeric Greeks, as any reader of the Odyssey will recall, obsessed about sharing food and offering places at the feast: to fail to offer food to the well-worn traveller is an insult to the gods (one of whom may, after all, have disguised herself as the needy wanderer). The modern restaurant—invented in Paris, after the Revolution—is a little temple of commensality: all you need, as shown in so many early Chaplin shorts, is five cents to enter and then to share.

All of this, of course, leads us to the less spectacular but still potent instance of Sarah Huckabee Sanders, the White House press secretary, who, over the weekend, was asked to leave a farm-to-table restaurant in Virginia called the Red Hen. It was not some fiery mob that drove her out, by the way, like protesters did to Kirstjen Nielsen at a D.C. Mexican restaurant last week; Sanders was asked to leave by the restaurant’s owner. “I’m not a huge fan of confrontation,” the Red Hen’s Stephanie Wilkinson said afterward. “I have a business, and I want the business to thrive. [But] this feels like the moment in our democracy when people have to make uncomfortable actions and decisions to uphold their morals.”

This double act (for Sanders left when she was asked to) has caused a small but very significant ruckus: many have sided with the Red Hen on the grounds that, on this week in particular, a week which featured the Trumpites’ cruellest organized exclusion of others to date, to not exclude one of the organizers, or at least the mouthpiece, of that exclusion would amount to a moral failure. On the other side is an argument, not in every case touched by obvious hypocrisy, that the Red Henites, by denying their own rules of pluralism to Sanders and her party, are engaged in an act of incivility just as wrong as the kinds the Trumpites began, albeit on a smaller scale. Should we not let Sanders and the rest of the Trumpite commissariat eat in peace? Are we not in turn offended when Christian bakers refuse to bake cakes for gay weddings? And when the wheel turns—if it is, God or Washington willing, allowed to keep turning—would the same Red Henites now not look with disgust at a pro-Trump tavernkeeper who excludes, on similar partisan grounds, the gay spokesperson for our first female President or the female spokesperson for our first gay President?

Well, grownups should be able to count to two, a fine French idiom insists, and this is a case in which counting to two is essential. To sit and share or to shame and shun? On the issue of Sanders being expelled from a restaurant, mixed emotions are the only ones a rational person can have. On the one hand, one of the ritual functions of restaurants is to make a common place for commonplace civilization to proceed. They build social capital from their openness to all kinds. Think of how much the civilization of American cities depends on our being able to grab not just bite but a bit of anonymity—we eat alongside others without the others looking down too sharply upon us. It’s a fundamental liberal value, worth protecting in all partisan instances and on all partisan sides. And, no, we don’t want to set a precedent in which politics are so personalized that even simple common coexistence becomes impossible. As a moral duty, we should share the pleasures and conversation of the table with as many people of as many views as we can—and, even when we can’t, we shouldn’t grumble too nastily under our breath at our kids when someone at a nearby table takes up the case for the Donald. (A self-directed moral rule, this.)

On the other hand, the Trump Administration is not a normal Presidential Administration. This is the essential and easily fudged fact of our historical moment. The Trump Administration is—in ways that are specific to incipient tyrannies—all about an assault on civility. To the degree that Trump has any ideology at all, it’s a hatred of civility—a belief that the normal decencies painfully evolved over centuries are signs of weakness which occlude the natural order of domination and submission. It’s why Trump admires dictators. Theirs are his values; that’s his feast. And, to end the normal discourse of democracy, the Trump Administration must make lies respectable—lying not tactically but all the time about everything, in a way that does not just degrade but destroys exactly the common table of democratic debate.

That’s Sarah Huckabee Sanders’s chosen role in life—to further those lies, treat lies as truth, and make lies acceptable. This is not just a question of protesting a particular policy; in the end there are no policies, only the infantile impulses of a man veering from one urge to another. The great threat to American democracy isn’t “policy” but the pretense of normalcy. That’s the danger, for with the lies come the appeasement of tyranny, the admiration of tyranny, and, as now seems increasingly likely, the secret alliance with tyranny. That’s what makes the Trump Administration intolerable, and, inasmuch as it is intolerable, public shaming and shunning of those who take part in it seems just. Never before in American politics has there been so plausible a reason for exclusion from the common meal as the act of working for Donald Trump.

And what about civility? Well, fundamental to, and governing the practice of, civility is the principle of reciprocity: your place at my table implies my place at yours. Conservatives and liberals, right-wingers and left-wingers, Jews and Muslims and Christians and Socialists and round- and flat-Earthers—all should have a place at any table and be welcome to sit where they like. On the other hand, someone who has decided to make it her public role to extend, with a blizzard of falsehoods, the words of a pathological liar, and to support, with pretended piety, the acts of a public person of unparalleled personal cruelty—well, that person has asked us in advance to exclude her from our common meal. You cannot spit in the plates and then demand your dinner. The best way to receive civility at night is to not assault it all day long. It’s the simple wisdom of the table.

The Joys of Netflix’s “Nailed It,” the Baking Competition That Celebrates...